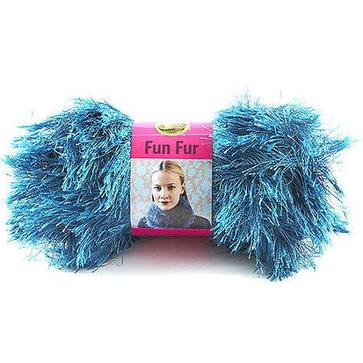 The fun part about making dreads out of yarn includes a lot of colour mixing! I like to pick two or three colours I like and see if I can find a multi-coloured yarn in two or more of the colours to mix in, because it looks awesome. I’ll make a few dreads in single colours, but most of the fall will be made up of strands from all different skeins. Sometimes you’ll make one with two pink strands and two blue, but because of how you wrap it it ends up being almost completely pink with a little blue peeking out at the bottom. Sometimes the opposite will happen, and sometimes it’ll be a nice mix. I like to let it be a little more random. It makes it more fun!

Dreadlocks have been a staple in the cybergoth/rave scene for a long time. I remember seeing them at my first conventions eight years ago, and thinking how awesome they were. The brightly coloured falls didn’t always have dreads, but sometimes were cyberlox (tubes of crinoline fabric), yarn, plastic tubing, you name it! Falls can be literally anything you want them to be. So why make dreadlocks out of yarn?

The biggest advantage to yarn is that it’s extremely newbie friendly to make dreads out of. You make a braid, cut out lengths of yarn, wrap it around braid, burn the ends, and yay, you’re done!  I’ve tried making dreads out of fake hair before using a few different tutorials, and I know people who have succeeded, but I’ve not gotten the hang of it. At the end of the day, I’ve never needed to make dreads enough to feel like I had to learn that skill.

Dreadlocks are also a great project to use all those damn crazy specialty yarns you’ve hoarded for years. Seriously, this stuff looks so cute on the shelf, so you decide to buy some for an idea in your head. Then you start to use it and it makes you hate your own soul because it slides and sticks and hurts your wrist and you question if your existence was worth it. Maybe I’m exaggerating, but not by much! I stopped buying specialty yarns without a project intended for them years ago, but I still have a ton of the stuff lying around from people giving it to me over the years. It’s expensive so I don’t really want to toss it. That and a lot of it is really pretty, but I hate knitting, or worse, crocheting with the stuff! 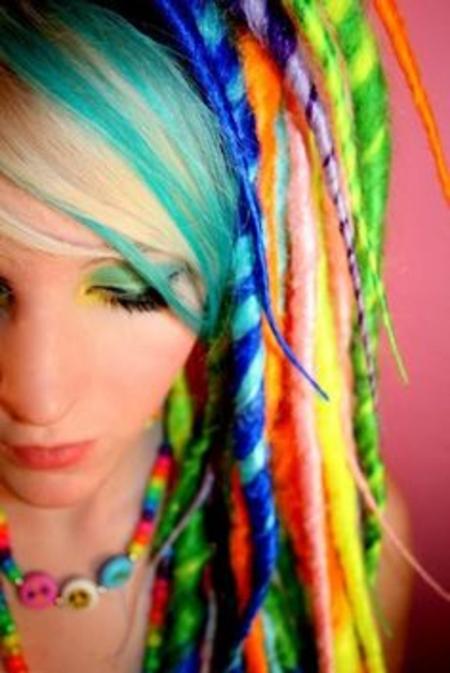 I’m a bit of a yarn junkie, so for me the answer is obvious. Yarn is (sometimes) cheap, comes in any colour you could imagine, has many different textures, and is easy to obtain. You could run out to Wal-Mart right now and pick up some yarn to make dreads out of if you felt like it. Because there is such a large variety of yarn types, you can create dreads with all kinds of interesting textures. Now, obviously, the most interesting of all would be to combine all of the different mediums listed above, but for now we’ll talk about yarn exclusively. 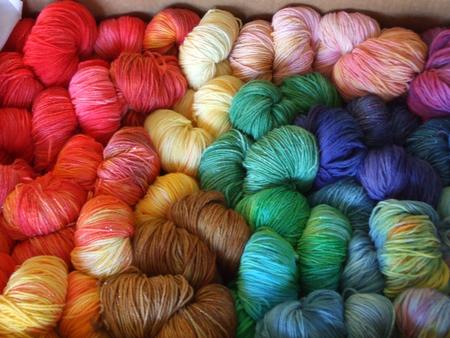 Above all else, as a medium to work with, yarn is extremely cost effective, especially if you just get the basic stuff. One skein lasts forever, so paying twelve dollars for three skeins should provide you with more than enough materials to make a set of falls to play around with. Even if you fork over the cash for some fancy eyelash yarn to play with, you’ll get your mileage out of it!