Shortly after this, it was Wilder who was calling up Brooks, to tell him about a script he was working on, Young Frankenstein. Brooks thought the idea was “cute,” but he was not really invested. However, after he begrudgingly agreed to direct, he was eventually sold, and he helped write the final script. Frankenstein also hit a few hurdles; there were disagreements on the budget, a studio change, and conflicts between the studio and the creative team over whether or not the film should be black-and-white. Despite all this, the film was a commercial success, and the pairing of Wilder and Brooks once again made magic. 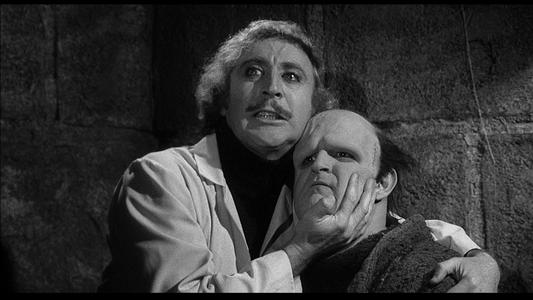 I wonder how our old friend, Charlie Bucket, has been doing...

In Brooks’ films, we see what made Gene Wilder great, in full force. A trope of comedy is the put-upon straight man, whose reactions to the absurd circumstances in which he finds himself is what makes us laugh. Wilder was a master of this, from his Leo Bloom (“I’m hysterical and I’m wet!”) to his Frederick Frankenstein stabbing himself in the leg with a scalpel (“The only thing that concerns me is the preservation of life!” *stab*), he found hilarity in his characters by making them take themselves so seriously. He could go from zero to crazed lunatic and back again in a matter of seconds, all while playing it in such a genuine way that we believed every word he said. This merged perfectly with Brooks’ brand of comedy, which constantly dropped absurdity into the midst of serious events without derailing the message. Wilder and Brooks were a gift to comedy, and we are lucky we got to see them together so many times before Wilder passed. “But don’t forget what happened to the man who suddenly got everything he wanted…he lived happily ever after.”

This was the birth of one of the greatest comedy partnerships and friendships in history—one that would fight similar financial and procedural battles together to get these edgy and pivotal comedies made.  Three years after Wilder’s signature title role in Willy Wonka and the Chocolate Factory, he received an urgent call from Brooks, who was working on a Western comedy called Blazing Saddles. The original actor for The Waco Kid, Dan Dailey, had dropped out suddenly, and his replacement, Gig Young, was an alcoholic who drank so much that he was too ill for the role. Wilder stepped in, shot his scenes as the Waco Kid, then immediately returned to the other film on which he was working, The Little Prince. Wilder had Brooks’ back, and the results were spectacular. Brooks battled it out with censors and finally got the film in theaters, despite the non-PC (a.k.a. hilarious) content. 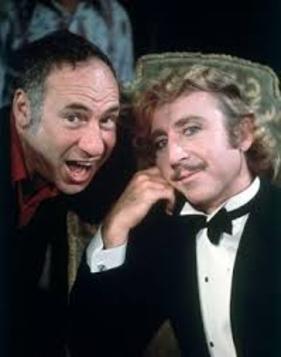 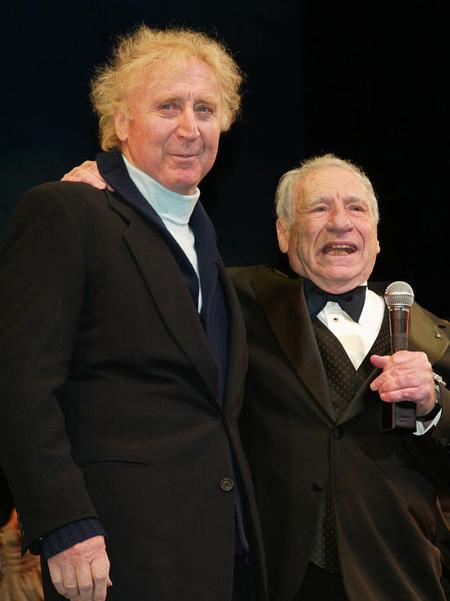 Mel Brooks met Gene Wilder when Mel’s wife, Anne Bancroft, was performing in Mother Courage and and Her Children. Wilder played the Chaplain in the show, and while the play is tragic, Wilder would often get laughs during his scenes, which puzzled him. According to Mel Brooks, this came up when they met backstage for the first time. Wilder kept asking why the audience was laughing at him, to which Brooks replied, “Look in the mirror. Blame God.” It was during this fateful meeting that Brooks offered Wilder the role of Leo Bloom in The Producers—a film which had been scripted, but not yet financed. Wilder wasn’t convinced it ever would be, either; a movie about two Jewish producers intentionally creating a Broadway flop that includes a song called “Springtime for Hitler?” Well, of course, Wilder was proven wrong, and when Brooks handed him the script, he reportedly wept. Leo Bloom was his first leading role in a film. 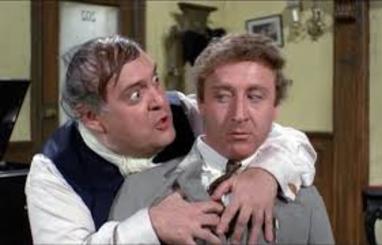 “Will the Dancing Hitlers Please Wait in the Wings?” The Terrific Teamwork of Gene Wilder and Mel Brooks 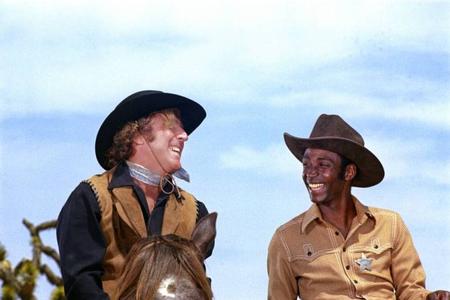