Still, there was always the nagging truth of the situation. Yes, she was good, but she would always be overhyped due to her celebrity status. She had the benefit of a shorter schedule. Rumor has it that she got leeway with her image and promo that creative would never grant some of the hardest workers. It was a relief to see Ronda work as hard as she did, but she would always have to do so in spite of these factors.

A man, a queen, and the baddest woman on the planet walk into a bar...

One thing’s for certain: They have our attention for now. Rousey is actually Rowdy. Wrestlemania is just around the corner. WWE, don’t screw this up.

There are so many valuable pieces with which the WWE can build something out of the Women’s Division. However, the booking of the heel turn is suffering from the same inconsistencies as damn near everything else within this story and the company itself. The turn itself could make perfect sense, as the cheerful, smiley, babyface Ronda had a limited shelf life from the start. Where is she going with this, how will WWE handle it, and will it even be seen through? 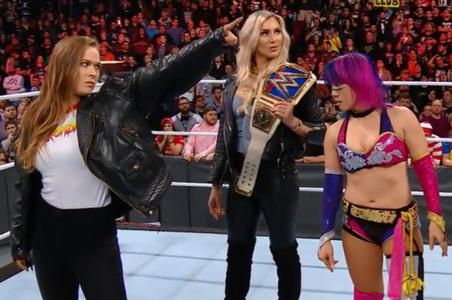 Rousey asserted, “It wasn’t a promo. They gave me other things to say, and I didn’t fucking say it... I’m not going out there and doing their fucking act anymore.” The apparent “pipe bomb” then took an especially strange turn. “Fuck ‘em,” she stated, “Everybody, WWE Universe included. I admit that I’m gonna disrespect the sport that they all love so much: ‘oh, don’t break kayfabe, Ronda!’ Wrestling’s scripted, it’s made up, it’s not real. None of those bitches can fucking touch me. The end.” 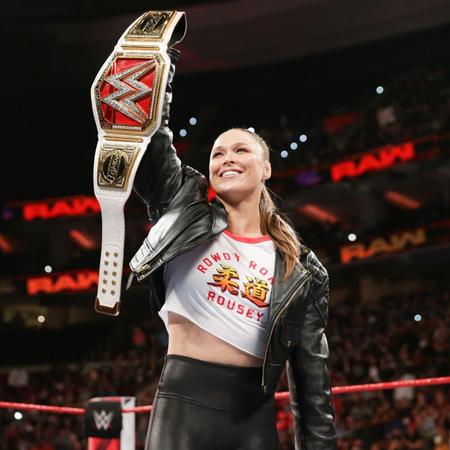 The aftermath of the Raw segment, which saw Rousey cut a vicious promo (her best one yet) calling out the fans for booing her at the Staples Center and proceed to attack both Flair and Lynch (putting what appeared to be considerable hurt on Lynch in particular), has been a video released on Rousey’s own YouTube channel that has added fuel to the fire. On Rousey’s Vlog “Ronda on the Road,” the superstar participated in an interview whilst having her hair taken down and removing her makeup after the show.

Rousey fits in immediately, already encouraging fans to ignore Asuka--just like WWE does!

During the interview, Ronda unloaded an f-bomb-laden frenzy, calling out Becky Lynch (to whom she referred by her real name), the fans, and the entire WWE Universe. She asserted, “I’m tired of just being here to entertain people... Every time I go out there, I’m gonna do whatever the Hell I wanna do, and they’re just gonna have to keep filming and cashing the checks I bring in. What else they gonna do? Not accept the money I’m making them?” 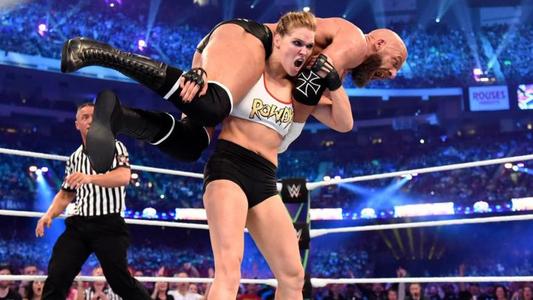 It began with Becky’s “heel turn” (but can you really call it that in light of the crowd’s reaction?). Then Charlotte turned heel on Ronda, but they never committed. Then, last Monday, Ronda finally embraced her “Rowdy” side, turning heel on both of them it what was rumored to be worked shoot.

The first Women’s Royal Rumble came along, and while I was excited to see her officially debut on the main roster, I was not thrilled with the fact that it took place during what should have been Asuka’s victory celebration following the Rumble. It was a harbinger of all the bad assumptions about the nature of Ronda’s addition coming true. We didn’t need a female Brock Lesnar. 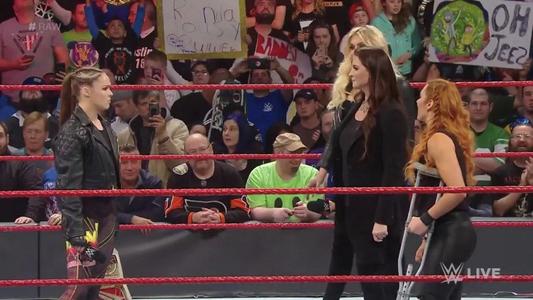 Wrestlemania 2018 came along, and while the event as a whole was lackluster (at least for what should have been “the grandest stage"), she gained immediate credibility, kicking ass and taking names. Over the course of the next few months, it was a joy to watch her evolve. Her mic skills needed work (she suffers from apraxia, so that is always a consideration), but her presence and ability to “go” quickly put her in league with the likes of Asuka and Charlotte Flair.

So, let’s operate under the assumption that this is a work. It wouldn’t be the first with this type of intensity. It certainly wouldn’t be the first to call out the company itself, or the fans (the latter is kind of the point of a heel turn).. However, if it is a work, why would Ronda spend so much time detailing the physical pain she has endured, then immediately break the suspension of disbelief? Now, whether she wins or loses, will it even matter? If it’s “fake” now, according to both Ronda the person and Ronda the character, how does this carry any weight? This is the same woman who patterned her image and took the nickname of her hero, “Rowdy” Roddy Piper. It doesn’t fit.

Now, four weeks from Wrestlemania 2019, Ronda is involved in a convoluted mess of a story involving two of the other top women, Charlotte Flair and Becky Lynch. Charlotte, like Ronda, had to prove herself due to her pedigree. While she still certainly benefits from being the daughter of Ric Flair, and has always used that fact in her storylines, Charlotte not only came into her own, but became the best woman in the company possibly EVER. Becky Lynch, of course, has had a Hell of a year, finally settling into an image that fits her (and becoming one of the most over stars in the company while she was at it). It’s no surprise that Rousey has spent so much time in the ring with these two. What’s unfortunate is the execution thus far. 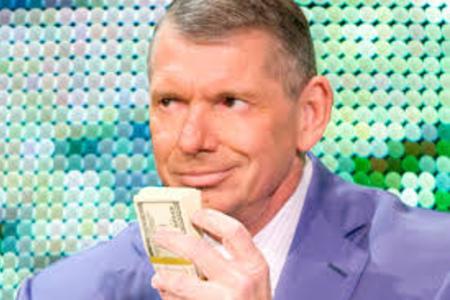 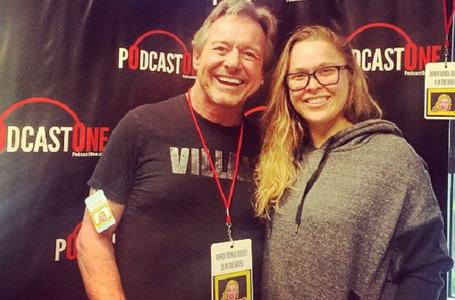 She seemed legitimately incensed at Becky Lynch, stating, “You know what, I’m not even gonna call her Becky... Rebecca Quin talked shit about my husband, and I told her I’d beat the fuck out of her next time I saw her. And guess what... I beat the fuck out of her, didn’t I?” She went on to detail her frustration at the crowd’s recent reactions to her, including her being booed in her hometown during Survivor Series (which is punishment even heel Daniel Bryan escaped). Her admission confirms something that has been apparent the past few months: The audience has turned on Rousey, and she has not weathered it well. Her promos have gotten increasingly jumbled, and she has appeared flustered and nervous in the ring more often. This is part of why her Raw promo felt so electrifying….aside from the fact that she insists it was NOT a promo.

There is definitely stuff for WWE to work with here. One of their main flaws, as pointed out by countless current and former employees (and fans, too) is the lack of creative freedom. With the real threat of All Elite Wrestling breathing down Vinny Mac’s neck, taking a superstar who already has a longer leash and letting her dip her toe in the water might be a smart move. That is, if this IS all really a work.

Ronda Rousey in WWE has been... a surprise. 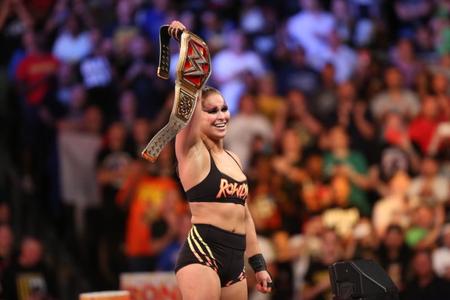 I am not a big watcher of UFC, but like many others, I followed her anyway. I loved her unapologetic attitude and her electricity. I thought things were pretty much over for her when she had her downward spiral following her huge loss, and that she’d pop up on the cover of a few bargain bin DVDs, which was a damn shame.