Arkham City Police Department would like your help in locating Carolyn Fern, “Ashcan” Pete, or the mysterious little person seen talking to various people around town.  If you have any information about their whereabouts, please contact the ACPD.

As for now, the citizens are rebuilding.  Despite the rumors of odd bodies being burned nightly, everyday life is slowly returning to normal.

Another loved local townsperson has not been seen since the Horror, as the few surviving locals have come to call the events.  “Ashcan” Pete, last seen talking to the same dwarf Monterey Jack spoke with at the asylum, and his dog Duke have either left town for good, or also fell to the Horror.

Carolyn Fern has been missing since an attack at the asylum.  No witnesses have come forward to give a description of events that happened, but judging from the broken walls, and multiple colours of blood smeared there-on, an absolute scene of horror must have occurred.

“We don't have a solid theory to the recent rise of mental complaints,” Dr. Vincent Lee (deceased June 26th) stated in his notes dated June 17th, 1926.  “The asylum is overtaxed as it is, so field wards have been opened here in St. Mary's Hospital.  We hope that our visiting psychologist,  Carolyn Fern, can help these patients, or at lest send them to other asylums to lessen our burden.”

The cult connection to the past few weeks' events is unconfirmed.  Other citizens complained more about ever increasing nightmares and night terrors.

Locals were not the only individuals to be drawn to the mysterious events.  Monterey Jack (deceased June 15th), famed archaeologist, came to town looking to buy the relic from the unknown patient in the asylum.  He was overheard talking to a little person upon entering the asylum as a visitor, saying that the statue was possibly connected to an ancient cult.

“As soon as I started hearing strange sounds in the night, I closed down my store and left town,” states Bob Jenkins, owner of the General Store.  “When I start hearing sounds in the middle of the night that are straight out of ramblings from those in the Asylum, I knew either I was mad, or reality had flipped.  Either way, I was out of town faster than ol' 'Ashcan.' “

According to witnesses, the statue has been either seen or heard about continuously through town for the week leading up to the events that proved most fatal to the town's inhabitants.  Oddly, the only individual known to actually see the object herself was an unsuspecting nun, known only as Sister Mary (confirmed deceased on June 20th, actual DOD unknown).

Little is known about the actual events that happened in the town of Arkham.  According to a police report filed by Private Investigator Joe Diamond (deceased June 13th), the eerie series of events started when he was hired to locate a certain statue earlier in the month.  The holder of the item was believed to be an inmate of the now decimated Asylum, located in downtown. 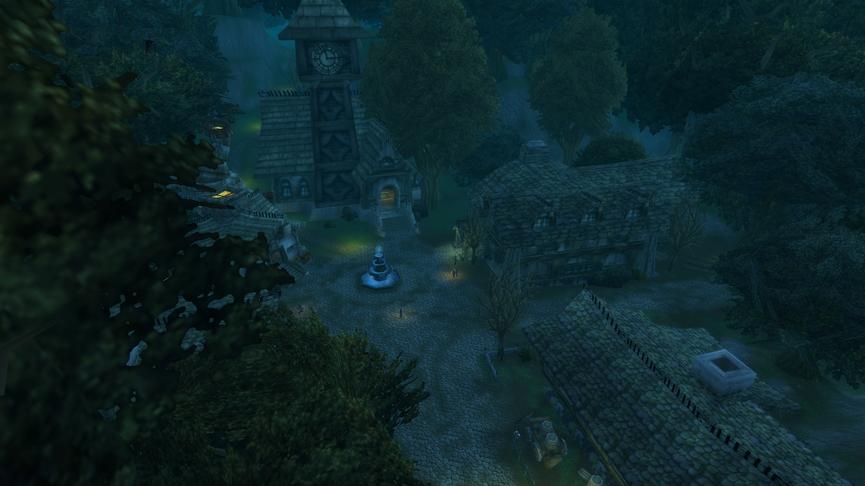