Management just told me I have to “give a [gently caress].” Otherwise, there are apparently plenty of other digital gnomes more than qualified for this position.  I was also told to “watch my language.”  It's impossible to watch sound, buddy!  Unless you're that chick from Heroes that they introduced after everyone stopped watching that show, but does a TV character exist if no one is watching?  Either way, I'm just simply giving you some “end of the article” goodies, like a song at the end of a podcast, or the weather report in my vacation spot of choice, Night Vale.

I will not go over the the rules completely, since “Management” would lose their shit just as much as they did with the first draft of my Fluxx article.  Instead, I will simply gush about my favorite aspects of the game, but not to the same degree as a Paul would gush about Patrick Swayze in Roadhouse.

Rolling one or more dice, checking the number against a set difficulty, and figuring out the outcome of what your character is attempting to do is the fundamental element of 99% of tabletop RPGs.  I'll use both the d20 system and Storytelling system as an example.  In the d20 system (mostly utilized in Dungeons and Dragons), if your character wants to perform a certain action, the GM will set a difficulty number.  The player then rolls a d20, adds or subtracts from his roll total depending on his character's stats and modifications, and compares that number to the difficulty set by the GM.  If the player's total is greater than or equal to the difficulty number, that character succeeded in the action, and the GM tells him the results of that action, whether it be hitting a foe, correctly scaling an obstacle, or whatever he is attempting to do.

Some punk rock for your tabletop...

The game runs on an engine suitable for 1-8 players.  Yes, by choosing to control 3 characters at the same time, this board game can be played solo.  The movement of NPCs, the spawn locations of portals, and every other aspect of the game is controlled by set rules.  The game is designed for there to be a lack of arbitration about what monsters do, where they move, where thing spawns, etc.  So while I do suggest one player act as a “Game Master” of sorts, he is more like a conductor of a fixed-rail train.  This still provides the experience for running a player-focused tabletop experience, so this would be a great starting point for those wanting to test the waters of running a tabletop RPG. 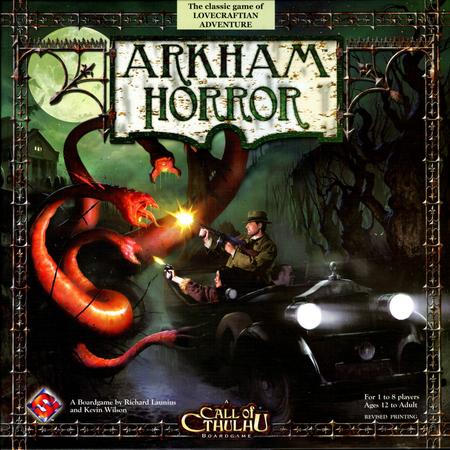 Just a fun punk song.  Enjoy it or not, I don't give a [gently caress].

Most things in-game that the characters do may call upon a “skill check.”  This requires the player to roll the appropriate number of 6-sided dice (known in the gaming circle as d6, so consider yourself an “insider” with that tidbit of nerd jargon), and “check successes.”  A roll of a 5 or a 6 is considered a success.  Players may become “blessed,” increasing their range of success to a 4 or better.  Or, if you're Tomix Fitzgomer in most games, you can become “cursed,” decreasing the range of success to only a 6.

He appears to be “Tripping Balls.”

NoFx “My Stepdad's A Cop and My Stepmom's A Dom”

From a player's perspective, the element of roleplay can be a great addition to the game.  Each player chooses a character at the beginning to play as.  Each character has her own set of stats, health and sanity levels, and a complete page of lore on the back of her character sheet.  If you completely ignore this aspect of the game, you'll miss great moments of game-reality.  For example, imagine the thought of a classy debutante riding hurriedly on the back of a horse, drinking whiskey in an attempt to stay sane, while wielding magical blades in combat against demonic swamp creatures.  Your standard tabletop game of Sorry! isn't going to ever give you that mental image without the help of hallucinogenic drugs.

The Storytelling system used by White Wolf for most of their games closely resembles the system used in Arkham Horror, but using d10s instead of d6s.  If a character wants to perform an action, a difficulty range between 1 and 10 is set.  You check your character sheet and add up how many points you have for that particular action.  For example, if you are in a car chase, you may need to make a skill check to successfully shake being tailed.  If you check your character sheet, and find that you have 2 dots in Dexterity and 3 additional dots in Drive, you would roll a total of 5 d10s.  You would roll that number of dice, and each one that rolls the same number or higher of the difficulty is considered a “success.”  If you have at least one “success,” your character performs that action, and the GM/Storyteller continues the story. 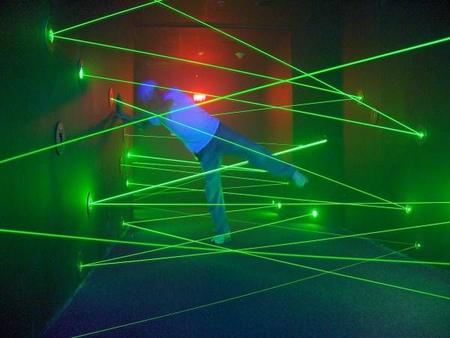 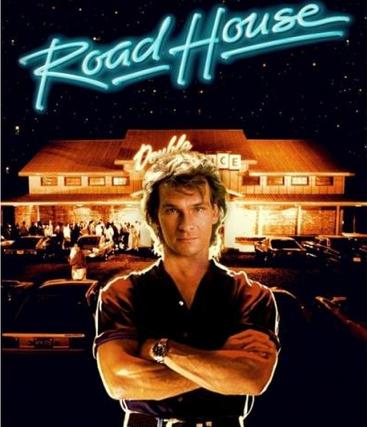 If I had control of a real time machine, most of my time-hopping would be seeing bands live in concert.  Operation Ivy is one of the top bands of my list to see live.  Breaking out with their EP “Energy,” this song shows the energy level that I enjoy in my punk rock.  The line I particularly like is “leave when you want, because I know someday I will, too, / but I won't burn my bridges and be just another jaded fool.”  In my opinion, every experience one has adds up to create that person who they are at that moment.  We all become jaded fools about something, but there is something to be said about not “burning bridges” where you go.

As I have talked about before, the game takes place in one of my favorite fictional universes.  Gameplay revolves around the players stopping the arrival of a Lovecraftian elder god.  Players accomplish this by traveling through spawning portals to other realms.  Closing portals is the players' path to victory.  If too many turns occur, too many portals open, or if too many nightmarish creatures spawn in town, the elder god awakens and arrives in town.  Most gods allow a combat mechanic to give the players one last chance to save themselves.  It's the sort of game where either all of the players win, or all of the players lose.

Strategy.  Teamwork.  Insanity.  Magical weapons.  Portals to other realms.  Hobos, nuns, and elder gods forgotten to time.  This means it's either time to organize the next Fitzgomer family reunion, or it's time for Arkham Horror.

Tomix is.  What more do you need to know?  Maybe his Twitter?  @tomixfitz.

The concepts that build up the Arkham Horror board game are similar to those of tabletop RPGs.  I'm not saying that the board game was designed to introduce tabletop RPGs to gamers.  The systems are similar, and could be used by both potential GMs and potential players to test the waters of making that leap to more imagination-driven stories.  And if tabletop RPGs aren't your flavour, it is still a very fun board game for you and your SGoAs.

Get through this while “Tripping Balls”

I'm not going to lie, I decided to start this little section to to talk about music I like.  Listen to the songs I suggest or don't, I ultimately don't give a [gently caress].