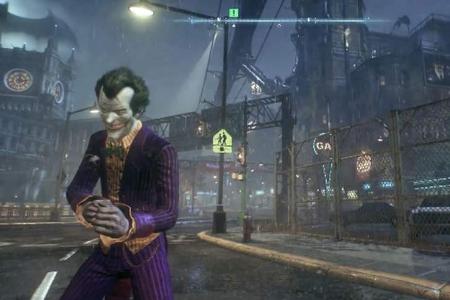 So this game is probably one of the best reasons to ever own a Playstation 4.  The game mechanics are awesome, and feel like a natural evolution from previous Arkham games. The story gives a fun conclusion to this universe’s Batman adventure that we have followed over the years. And yet, even with so much enjoyment to be had, there is still the sense of dread you get when you are working on completing a game that is booked as the final in the series. You are eager to see how this story goes, but know its going to be all over once the credits roll. Of course, I wont go into the ending of the game itself here, that will be for another day.

So, real quick, let's touch on the only other aspect of this game that I feel needs mentioning as a negative, the extra content. When this game came out it was an easy $60, and depending on where you pre-ordered it, you knew you’d get some kind of awesome bonus. As I went to pay for mine, I knew in the back of my head that I need not worry about missing out on anything, because these fun extra bonuses would be downloadable after a while, or they would release a “game of the year edition” with most of the content already unlocked on the disk. I said to myself “It’s ok P.T., in a month or two you can pay 10 bucks and pick up anything extra!” Herein lies the issue, that I KNOW this is the way it is now, that I have accepted this fact. I tell myself that it wouldn’t be so bad if this was content that was created and added later down the road, but in most cases the content we are paying extra for is already on our game disk and we are just paying to unlock something WE ALREADY PAID FOR! For this game in particular, it was extremely frustrating mainly due to one fact. You see, in other games, when you pay for the “extra” content, it's just alternate outfits or maybe some online stuff, but with this game, there were several extra story segments that fleshed out the characters in the main game and even added to the ending of the game. Extra STORY! Lets think about this... Let's say I went and picked up the final Harry Potter book, and while reading it I noticed some page jumps here and there. Maybe page 25 through 35 were missing... Then page 255 through 279. The ending is still there, but I don’t know what happened on those missing pages. I don’t have the FULL story, especially for the FINAL CHAPTER OF THE EPIC! Here comes the company in charge, letting us know we can buy those missing pages for an extra ten dollars for each section we are missing. So if we want the full, entire story, which is already on the disk by the way, I have to pay more. Whether it's the insane “season pass” fee or separately in chapters, this is, by far, the worst negative in my book.

So those are the negatives to this game. As I’ve said before, we, as a society of gamers, have come to accept this as the new normal. Some even defend this new trend, which really pisses me off sometimes, when they should be fighting on our side. If you are one of the ones that do not care about the extra content or extra fees, then that's one negative down. I’m sure there are probably a few people out there that actually enjoyed every aspect of the Batmobile as well. I tip my hat to you, fine masters of this vehicle. All and all though, this game is amazing. If you own a  Playstation 4 or Xbox one, do yourself a favor and pick this game up. Do yourself a greater favor and go back and play the first 3 games in the series. You will NOT be disappointed. 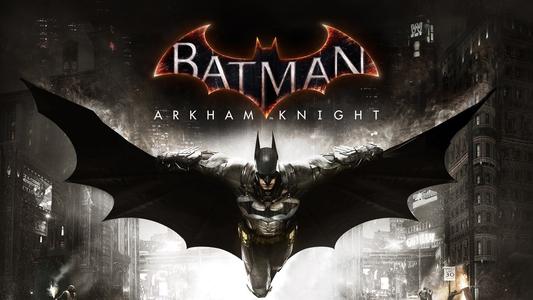 Once a man of high intelligence who challenged Bruce like no other, this grand, green meanie has been reduced to a nascar obsessed quizmaster. To his credit, this game does provide alot of fun Riddler puzzles throughout the city, much like its predecessors. But then you are challenged to attempt several race tracks he has built beneath Gotham, all to challenge this new, fun toy he has. This would make sense if it was a one time deal. BUT NO! He has several different courses for you to attempt to beat. Did I mention the very unfriendly controls of this damn car yet? On top of the overall game play frustration, the storylines that put you in these situations just feel forced. AND THEY SHOULD! By the final race you are trying to figure out why such a brilliant psychopath couldn’t come up with some more fun and different puzzles for you to attempt rather than just making you try to die in a race course over and over again.

Now I could go on and on with this and just praise the crap out of this game till my hands fall off, but let's face it, this game is not 100% perfect. Most of this issues fall on the different aspects of the new Batmobile gameplay. The game itself will force several battles involving tanks and cars as well as chase scenes to take down baddies and gather information. And while this is standard of any game to help introduce new ideas and further plot, due to control issues and frustration, these were always the parts of the game that made me want to not play for a bit. For a game that strives to immerse you into the story, to get you lost in Gotham and all its mysteries, you are instantly ripped from that immersion the second you are chucking your controller at the screen because cornering on this damn thing sucks!!! If trying to control this new Bat toy wasn’t angering enough, it isn’t helped by the writers coming up with odd plot lines to try to make it seem like Batman legitimately needs his Batmobile right now. Don’t get me wrong, I’m not talking about when you need to use it to move objects off a bridge to access other parts of the city, or battling a huge tank boss that even your normal weapons cannot dent. I’m talking about one of Batman's most famous villans, the Riddler. 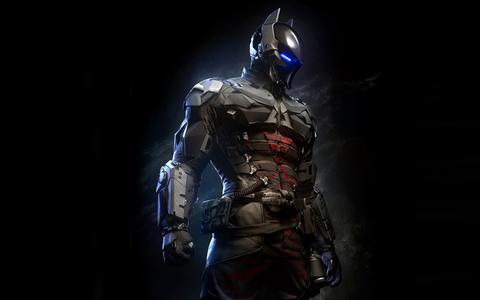 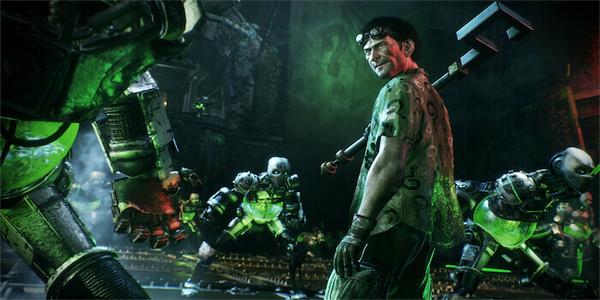 Rocksteady studios went above and beyond with this game. Getting Mark Hamill and Kevin Conroy to return to their all too familiar roles. Tara Strong reprises her role as Harley Quinn. Though no offense to her is meant, I really miss Arleen Sorkin. Many other top name voice actors make their grand returns to this game. There was never a point where I thought anyone sounded bad in this game, and thats a huge deal when it comes to the immersion of the game.

This is a great game, but if you're not careful, these negative just might drive you CRAZY!

That's it this week for me, your host of Zero Sum Gaming, the illustrious Power Trip, and I’ll see you all next week!