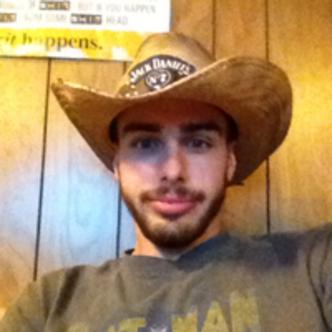 I wasn’t joking.  There’s literally nothing more to Candy Land than what I’ve already said.  I suppose that makes it the ideal game for children, but anyone over five years old won’t get anything out of it.  It’s literally 100% luck based.  Another notable kids’ game that relies only on luck is Uncle Wiggly.  And, no, “Management,” that’s not a euphemism!  Not content to let the whippersnappers have all the (lack of) fun, old people also get in on the action with Bingo, another game where you’ll never have to deal with the burden of decision making. 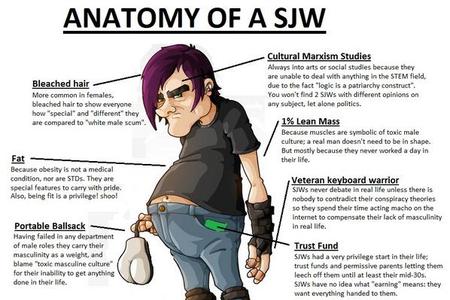 This piece of music is known to elicit genuine religious experiences, especially if you understand some of the references, such as The Epic of Gilgamesh, which also shows up in The Tower of Druaga.  Who says you can’t learn anything playing video games!

Want to see a Paul play Candy Land?  Of course you do!  It's hilarious!

In many ways, CCGs, or Collectable Card Games, offer the best marriage between luck and skill.  These games require two different types of skill.  The best deck builders may not be the best players and vice-versa.  Your local Paul, for example, may be a great player, but if he can’t build his way out of a wet paper bag, he’ll hitch his wagon to the nearest netdeck he can find.  And even if someone is a primo player and the crown prince of deck construction, Lady Luck still has a say in the outcome.  The best player with the best deck is still at her mercy.  I’m sure you’ve played at least one game of Magic:  The Gathering where you’ve been “mana screwed” or “mana flooded.”  You may have the perfect ratio and curve planned out on paper, but that only means so much once you shuffle those cards…

This <gentle caresser> does amazing guitar covers of your favorite gaming tracks.  Castlevania, Metal Gear, Mega Man, Final Fantasy, and even Undertale are but a few of his offerings.  If you read his comments long enough, you’ll eventually see his work (correctly) referred to as “eargasmic.”

Hmm…  Some guy calling himself “Management” just told me that 183 words is not an acceptable length for an article.  Who does that guy think he is?  Is this his article or mine?  What a jerk…  Oh well.  I guess I’ll keep writing to appease this <gentle caresser>.  Hey!  I didn’t type that!  I said <gentle caresser> not gentle caresser!  What gives?  Damn…  Shit…  Asshole…  <gentle caresser>!  Turgid...  Bob Saget...  Electric Donkey Bottom Wiper…  <gentle caresser>!  First, you tell me to say more, now you won’t let me say what I want.  How does Tomix put up with this guy every week?!  (Management note:  We at The Culture Cache are 100% against censorship.  We just don’t want anyone to be offended.  If you, at any point, ever feel offended by anything you read on this site, please call your local Social Justice Warrior at 1-800-CRY-BULY)

Luck based games get boring quickly because you don’t have any direction over the game.  Similarly, skill based games can put off players of different skill levels, effectively turning the games into ornate dust collectors on your gaming shelf.  Thankfully, the vast majority of games fall somewhere in the middle of these two extremes, just as I’d like to think most people fall somewhere between supporting Bernie Sanders and Donald Trump (though, sadly, it seems that’s not the case).  Games like Sorry! may be primarily luck based, but players must still choose which pieces to move at what time, even if they are beholden to the cards they draw.  Even Monopoly has the trading element to let players make an impact on an otherwise luck based game.

Welcome to Punk Rock Tabletop.  I’m afraid Tomix Fitzgomer can’t be here for today’s article.  I think he’s beard deep with Gloppy in Candy Land at the moment.  Fear not!  I have no doubt he’ll vanquish his foe quickly and be right back to deliver the content you know and love (dare I say, crave?  Dare!  Dare!).  In the meantime, I’ll field PRTT for you.  After all, I’m a bit of a gamer myself…

No, it can’t.  There, is that long enough for you, <gentle caressing> “Management?”

Since it’s already come up, let’s examine Candy Land as a game, though there’s really not much to it.  On your turn, you draw a card.  If you get a color, go to the next space that is that color.  If you get a card with two squares of the same color, advance to the second space of that color.  If you get one of the special characters, go directly to that character, whether you move forward or backward.  Be the first to the last space on the board to win!  That’s literally all there is to the game.  Check back next week for the latest content from Tomix!

Even games that hide information from players can be all skill based.  Take Stratego, for instance.  While some of the special editions offer unique attributes to the different armies, by the base rules, each side starts with the exact same pool of pieces.  In Chess, the starting arrangement of the pieces is the same every time.  Even though Stratego offers players a great deal of freedom in how they place their pieces to begin the game, that very placement boils down to skill.

The opposite end of the spectrum would be a game like Chess.  In Chess, both players have identical resources and there are no random elements involved to bias the game in any way, unless you decide to flip a coin to see who plays as which army, since white always goes first (1-800-CRY-BULY).  On the surface, you may be inclined to conclude that these full-on skill based games are superior in every way, but they have an immense drawback.  If you’ve played three games of Chess with someone, you likely know each of your skill levels and can determine the outcome of the game well in advance of even playing it.  Which begs the question, why even play it?  And Chess isn’t the only game like this.  Hell, Checkers is, in many ways, a simpler version of a totally skill based game.

There are some other notable games that involve no luck.  Go is an ancient Chinese game that looks like Othello (but it’s a different game).  Like Chess, there is only the tiniest smidgen of luck in determining which player is white, and thus, goes first (1-800-CRY-BULY).  Blokus is a personal favorite of mine.  The fact that the playing pieces resemble tetrads from Tetris totally isn’t a factor.  Really, it isn’t (ok, maybe a tiny factor…).  The game stands on its own as its lengthy list of awards (including Mensa) will attest.  You want to control as much territory as possible and limit your opponents’ moves.  Even some simple games you’ve likely overlooked are completely skill based.  Remember Tic-Tac-Toe?  There’s no luck involved in that one.  What about Connect Four? 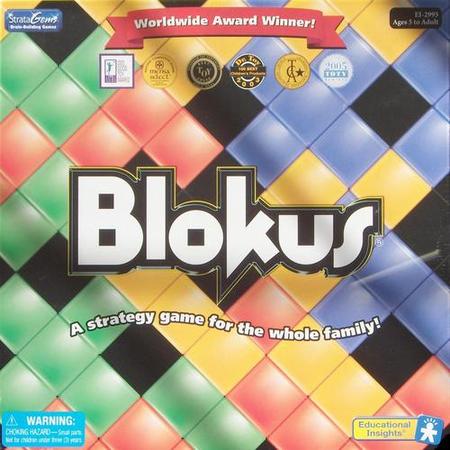 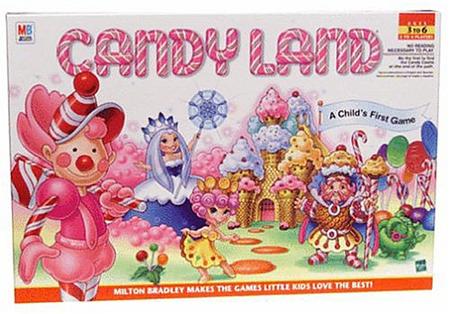 Of course, CCGs have an extra element that works against them.  When you purchase your shiny new copy of Elexikon (bet you didn’t see that coming!), you already have everything you’ll ever need to play it.  CCGs do create uneven playfields.  It’s entirely possible that the best players simply don’t have the cardbases to dominate.  Thankfully, these games aren’t simply “whoever spends the most money wins” (the Hillary Clinton approach…) games, but that doesn’t address the entire problem.  In fact, in order to stay viable, players must often “feed the beast” two or three times each year, buying up case after case of cardstock with each new expansion set released.  And God help you if you have a block system in place… 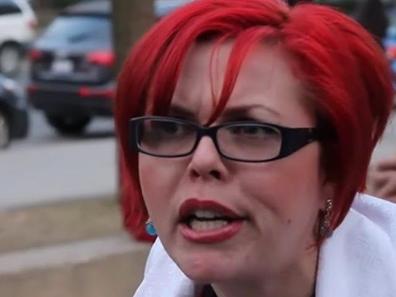 Beats the asshats in our current political parties… 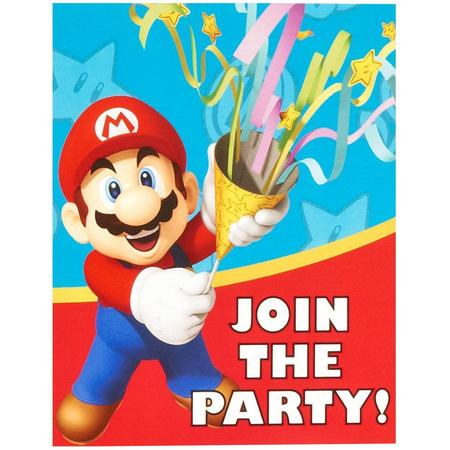 So what is the perfect ratio of skill to luck in games?  I think it’s 75% skill and 25% luck.  You want a game where the best players win most of the games, but with all players having at least a chance for victory.  As I normally cover video games, it should shock nobody that my example will be one.  I think the Mario Party games are actually the best at pulling this off.  Most games are won by the best players, but there’s always enough of a luck element to keep everyone entertained at all times.  Yes, it’s incredibly frustrating when you dominate an entire game and an opponent lands on the space where you trade stars (you know, those things you need to win in these games…) on the last turn of the game so you have to trade your 18 stars for 2…  But in the long run, if you have fun doing it and this luck actually brings people to the game to play with you, it can’t be all bad, can it?

Punk Rock for your Tabletop

The Black Mages – Clash On The Big Bridge (FFV)