Once you’re inside, this feeling of empowerment continues.  You’re in a long hallway filled with weak enemies, including zombies and panthers.  A single hit is enough to dispatch them.  That’s right.  Simon Belmont is a badass.  Which means YOU are a badass. 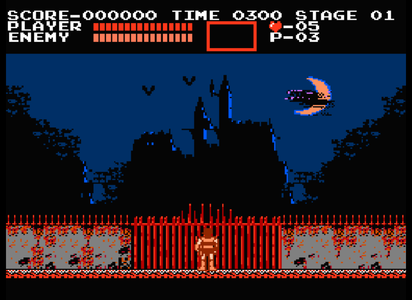 No, I didn't forget to include this comparison.  I just didn't have a good place to put it. 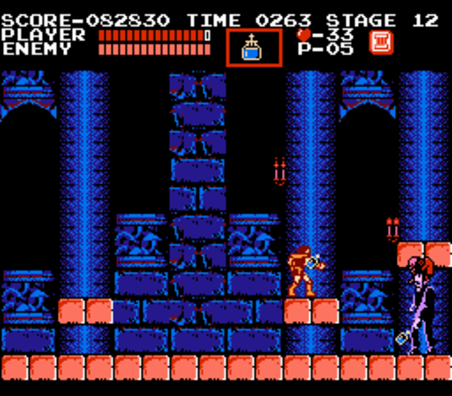 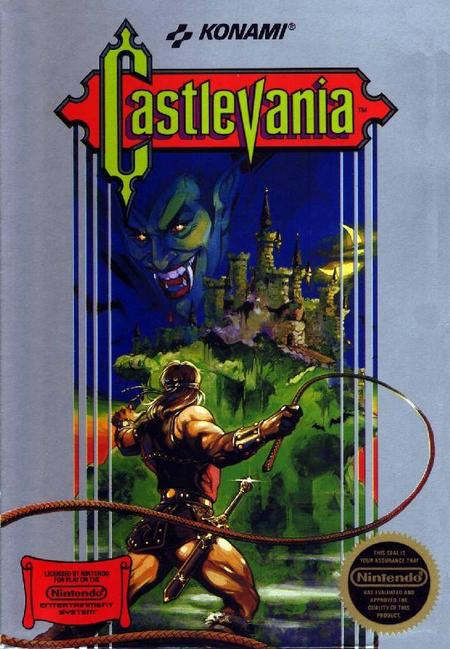 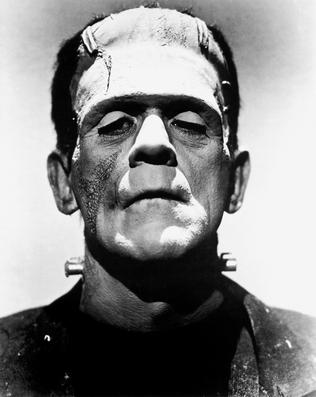 Actually, luck won’t cut it.  You’re gonna need more than that.  Thankfully, you have it.  God, that is.  He’s on your side.  Not only does this reinforce the importance and scope of your mission, but it also reminds you of the righteousness of it.  If you can manage to keep Triple Shot Holy Water, you can tear through literally any boss in the game except (ironically) the first one.  Keep your faith in God (and his blessed weapons!), and He’ll be all the backup you need!  It’s actually shocking just how many of the religious elements made it into this game given Nintendo’s stupid habit of scrubbing any and all references to religion.  Thankfully, this one arrived on our shores (mostly) intact.

But this simple hallway is deceptively complex.  The legend surrounding Count Dracula reveals him to be refined, almost gentlemanly, in his demonic conquests.  This long hallway perfectly conveys the opulence that Castlevania is known for (both the name of the series and the name of the castle).  Drac’s crib is the envy of the entire Wallachian countryside!

Castlevania also ties in classic literature.  This game (and series) was released in America on the 90th anniversary of Bram Stoker’s Dracula.  Much of the mythology in Castlevania borrows heavily from the work.  It’s even more deeply intertwined that the dating, though.  In the novel, the character Quincey Morris is one of three potential husbands for a young woman named Lucy.  She’s ultimately charmed by Dracula and killed.  Quincey (along with Jonathan Harker) manage to defeat Dracula, but Quincey himself doesn’t survive the battle.  This is indirectly similar to all but the best ending in Simon’s Quest, but we’re only getting started.  Quincey Morris is a rough and tumble Texan.  Much later in the Castlevania series, there’s a game called Bloodlines where you play as a character named John Morris.  John is Quincey’s son, now formally linking the video game series with its literary inspiration.  And John’s son, Jonathan is a playable character in other games, such as Portrait of Ruin.  And wouldn’t you know it, but HIS name is a reference to both of the men who managed to kill off the count in the novel!  Jonathan Harker and Quincey Morris!

The backgrounds in this game actually matter.  It’s easy to gloss right over them, but if you pay close enough attention, you’ll see subtle foreshadowing.  It’s been there all along.  How cool is that?  Consider that you are looking at the final room of the game as you cross this bridge.  At this point in the game, you’re almost exactly halfway through.  You might not notice it at the time, but your goal is right there on the same screen as you.  And even that final approach is iconic in and of itself.  Many Castlevania games use a similar final room, complete with the spooky ascendancy.

The religious undertones in Castlevania hearken back to some of the real life history of Vlad III Tepes.  At the risk of (greatly) oversimplifying, he was a warrior for the Christian Orthodox Church who valiantly fought back against the Ottoman Muslim invaders.  He was incredibly skilled in the art of war.  Perhaps too skilled…  News of his brutal tactics, based in reality, were lost in time.  They slowly morphed, due, in large part, to the sirens’ call of gossip and the rumor mill, into falsehoods that he had supernatural powers and drank blood.  And take note that he fought in the name of the Church.  That very Church used him as a bargaining chip.  He fought for his faith, which ultimately rejected him (and, incidentally, his brother actually converted to Islam).  No, the real life Vlad III Tepes doesn’t rise from the dead every hundred years to wreak havoc in Romania (actually, Vlad is viewed as a hero in Romania to this very day), but the religious elements in the game do remind us of the strife he faced in real life. 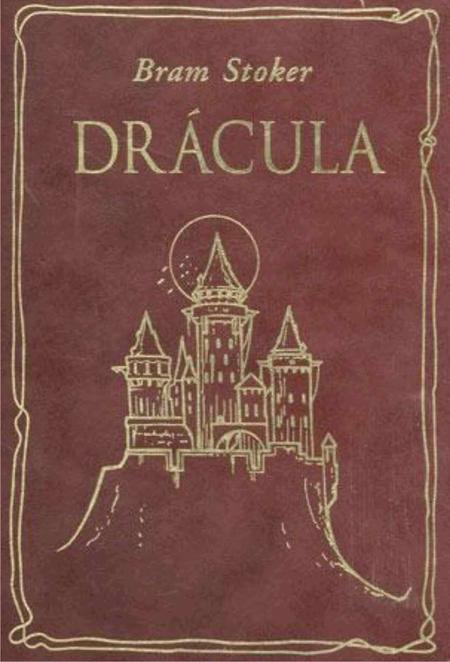 Once you actually do start the games, but before they’re interactive, you’re treated to a little mood setting scene.  These are always dark and foreboding, showing off the enormity of your upcoming undertaking.  The dark colors and lighting showcase the gothic horror elements.  The music is also a mixture of mysterious and hopeful. 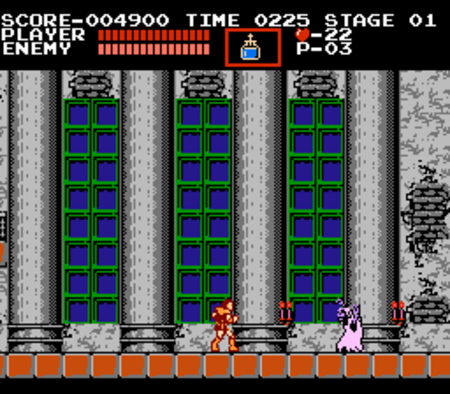 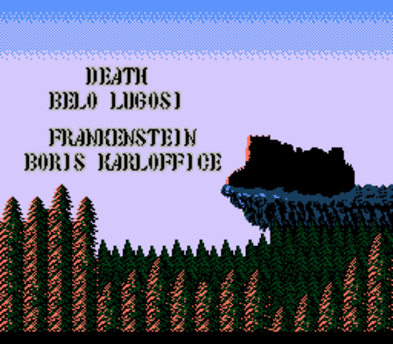 If you're a Castlevania fan, this imagery is not lost on you.

As you continue your trek through the halls of the creepy yet beautiful castle, you can’t miss the amazing backing tracks.  Castlevania’s music is the best in the entire media.  It sets the mood and it always does so in such a way as to keep you motivated, pushing ever closer to your goal of destroying the accursed vampire.  The names of these tracks are also important.  Vampire Killer (the first level music) is not only riveting, but it also spells out exactly the reason why you’re here.  You ARE a vampire killer!  Similarly, Heart of Fire (level 5) reminds you of the courage you have to muster to see this adventure through.  And most people will tell you that this is the hardest level of the game, making the track all the more pertinent. 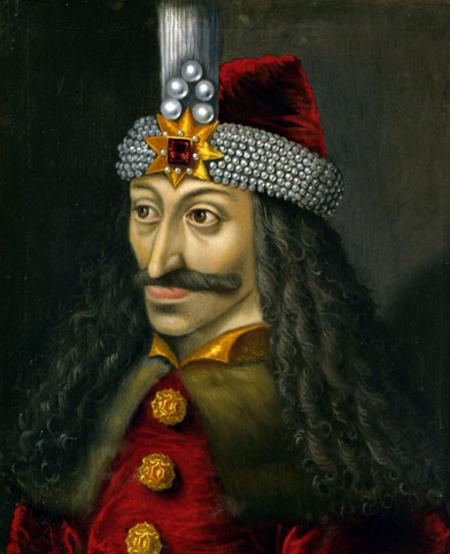 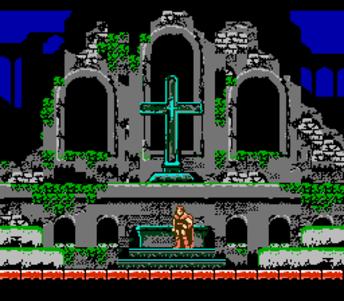 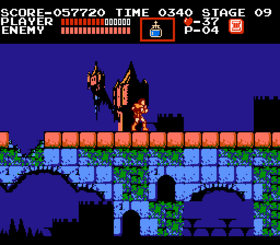 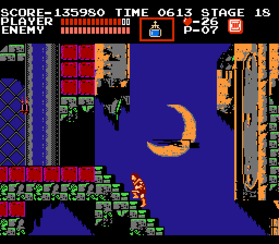 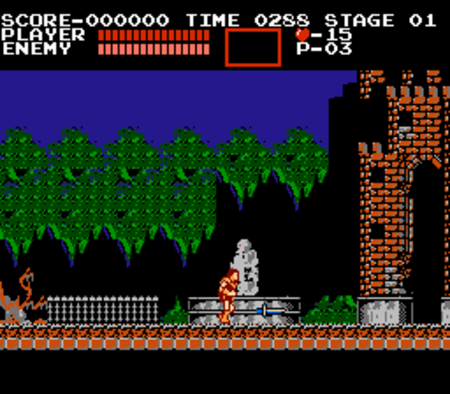 Like all games, Castlevania is more than just the sum of its parts.  How these traits interact is important.  And the fact that the game always stays true to its mission as a loving tribute to classic horror movies helps.  The same atmosphere that endears these films to us is what keeps us coming back to this game all these decades later.  Keep that Holy Water handy!

Before you even actually start these games, you get an early indicator of what to expect.  The use of film perfs on the title screens is your first clue to the loving send-up of classic horror movies that these games are.  Castlevania games stand on their own, but the whole time you play them, you’ll get more out of your games if you keep these movies in mind, particularly those offerings from the Universal and Hammer studios.  Take a look at the Frankenstein boss (I know.  Frankenstein is the doctor, but the Creature is called “Frankenstein” in this game).  He’s very clearly based on Boris Karloff’s rendition of The Creature.  And just in case you forget, the ending “credits” are actually nothing but references to classic horror actors, such as Lon Chaney.  Gotta love that performance by Christopher Lee!  I mean Christopher Bee.

The game immediately builds on that hopefulness, too.  The moment you gain control of Simon Belmont, you find yourself just outside Castlevania itself.  The entrance is littered with power ups.  All these goodies immediately make you feel strong, as if you could take on any and all challenges ahead.  This segment is so iconic that a facsimile of it is included in many other entries in the series, including the beloved Symphony of the Night. 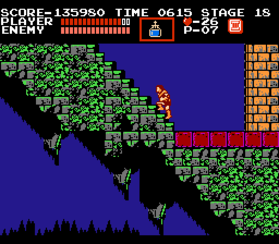 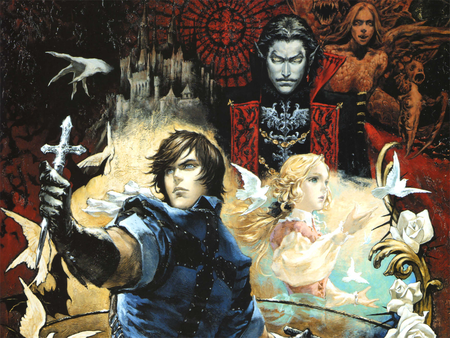 Unless this is your first day at The Culture Cache, you are probably already aware of my love of Castlevania.  It was the first piece of content I ever covered (check out my cringeworthy ameteurness on full display!).  Later, I hit the NES swan song, Dracula’s Curse.  Hopefully, by then, my video work has improved at least a little…  I even managed a zero death run of the game I’ll get around to posting eventually.  But what really sets the Castlevania series apart from other action games?  Atmosphere. 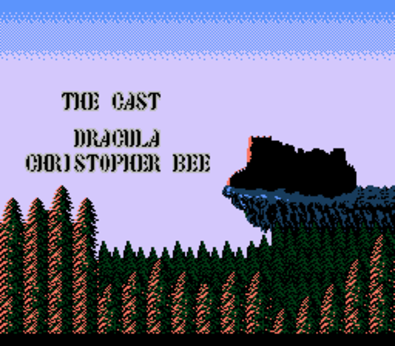 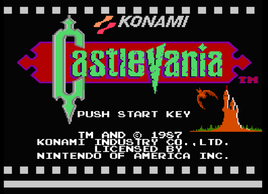 Let's take a look at the game in this video!

The large castle, in and of itself, shows the enormity of your purpose.  Dracula commands a legion of the undead (including Legion itself in some games!) and uses it to terrorize Europe.  Most of the time, it’s you, alone, against the entire undead army.  Good luck! 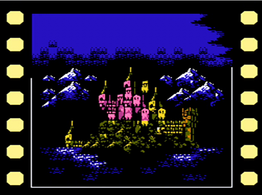 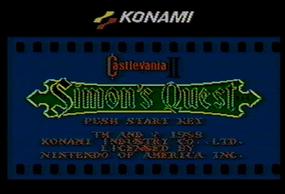 And this very difficulty rounds out the atmosphere that pervades this venerable game and series.  While this aspect has diminished over time, the oldest Castlevanias simply take no prisoners!  Epic games should be hard!  If Dracula is half as much of a threat as he’s made out to be, then the game’s difficulty must reflect that!  Otherwise, he just looks weak.  If a game asserts that the bad guys are so dangerous but then the game is too easy, it can read like the player character is practically bullying the villains!  But have no fear.  There’s none of that here!  This is a hard game.  But that is a good thing because it means you won’t just Rambo through it and then leave it on your shelf as a home for wayward dust bunnies.  It also means that when you finally do manage to vanquish your villainous adversary, the sense of accomplishment you feel is unparalleled. 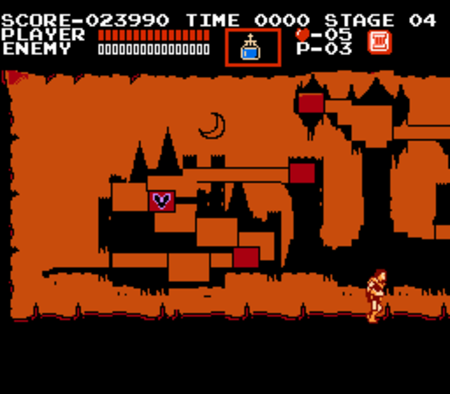