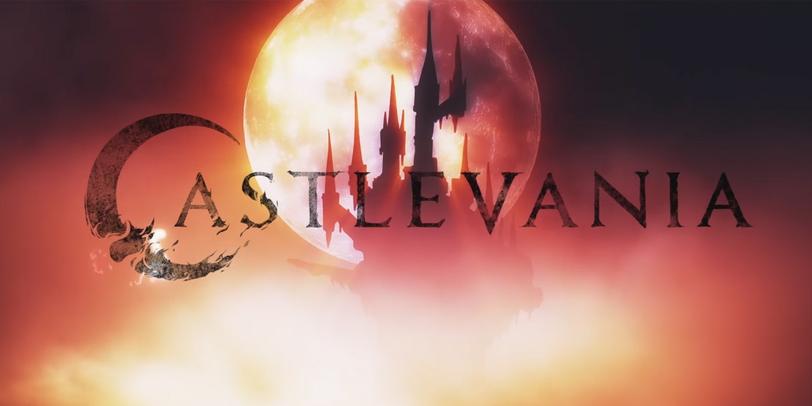 The series is absolutely stunning. The animation style is a product of both Castlevania creator Ayami Kojima’s work in Symphony of the Night and influences including Vampire Hunter D and Cowboy Bebop. The latter is especially apparent in the animation and overall portrayal of Trevor; at times, he is a dead ringer for Bebop’s Spike Spiegel, right down to his Zen-like battle style and cynical demeanor. This works for the character, and while some of his “rough around the edges” approach feels cliché at times, his arc is ultimately easier to buy into as he begins to accept his family legacy. That said, he only has four episodes to get there, so it happens pretty quickly.

Note: When Netflix announced the release of a Castlevania series, I thought this would be a great opportunity for some collaboration with Zero Sum Gaming.  The Castlevania video game series is his favorite, and while I can definitely appreciate a QUALITY vampire story that doesn’t involve whiny high-schoolers (Let the Right One In being the sole exception), I have never played a Castlevania game and am only vaguely aware of what the series entails. So, as an experiment, we at The Culture Cache are reviewing the Netflix adaptation from two different perspectives—one of a film reviewer, and one of a video game reviewer who enjoys the source material.

This is one of the show’s biggest struggles—pacing. Granted, it’s easy to forget that this was originally intended as an 80-minute direct-to-video film rather than a short series (which is reminiscent of continuation of Twin Peaks on Showtime, which has struggled as a series despite being classified by David Lynch as an “18-hour film”). Still, so much feels rushed. We get a decent sense of our protagonist, but what about the other characters? Arguably the most interesting character is Alucard, who does not appear until the final fifteen minutes of the series. It’s clear that the creators were expecting a second season (and were, indeed, granted an eight-episode continuation), but then why limit it to four episodes? 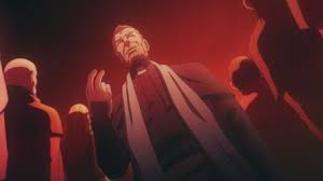 Vlad Tepes has always been a source of inspiration, and with very good reason. Tepes, also known as Vlad the Impaler or, more commonly, Vlad Dracula, was the brutal, bloodthirsty Romanian prince upon whom Bram Stoker’s titular vampire in the novel Dracula is modeled.  The Castlevania series shaped its narrative using both sources as a guide, resulting in a Gothic action-adventure incorporating mythology, religion, history, and Dark Romanticism. The Netflix series is specifically focused on one game in the series, Castlevania III: Dracula’s Curse. It chronicles two main events: the attacks on Wallachia by Dracula and his minions, and the quest of Trevor Belmont to save the nation.

We meet Trevor Belmont, who maintains a low profile due to his family’s banishment and excommunication. One would think that the Belmonts would be especially welcome at this point, considering they were famous vampire hunters. However, the superstition and fear of the church overshadow its desire to fight, and it has no use for a family that deals in darkness of any fashion. Trevor is initially dragged into the conflict against his will after saving a member of the Speakers, a group of persecuted magicians. His quest to protect them (heightened by Trevor’s decision to rescue Sypha, the granddaughter of the elderly Speaker) eventually leads him to reclaim his family name and rescue the Wallachians from Dracula. Joining forces with Sypha and Alucard, Dracula’s son, Trevor begins a journey that will lead, if all goes as planned, to the destruction of Dracula. 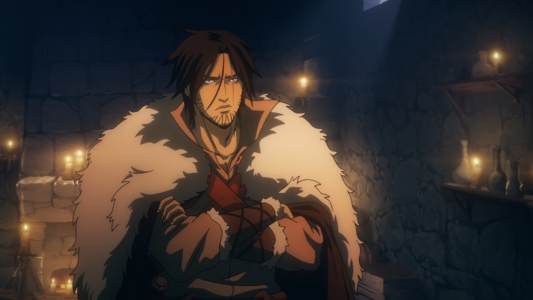 Castlevania on Netflix: A Non-Gamer Review

The show also suffers a bit from trying too hard to be edgy. In addition to the over-the-top church bashing, the profanity and some of the violence seem a little out of place. The latter at least fits the narrative; the former seems pandering at best.  Do we really need to listen to a bar patron tell a long, crude account of bestiality peppered with f-bombs? Who does that impress over the age of 12?

The show is moderately well-written, but there are some minor annoyances. The church is treated as more of a Big Bad than Dracula, and while this makes sense to an extent (considering the events of the first episode), it seems to operate under the premise that the only way to lead a moral life is by separating oneself from the church. Aside from being anachronistic, this results in a portrayal of religious figures that borders on parody. Every priest is practically drooling at the sheer idea of bloodshed and seems Hell-bent (pun intended) on causing pain and suffering in the name of God. If a story is capable of classifying users of both dark and light magic, why not do the same for the religious folk?

Netflix has had its fair share of hits and misses in recent years in regards to adaptations. For every Jessica Jones, there is a 13 Reasons Why (not calling out the latter’s quality, but rather its execution as an adaptation). Fans of Castlevania, the classic video game franchise that launched a thousand consoles in the mid-80’s, had every reason to be skeptical. How often had they been burned by the curse of The Video Game Movie in the past? How could Netflix condense such a formidable amount of content into a four-part series? Well, first of all, there’s more to it than that.

The series starts in a unique way, taking us back to when a more restrained Dracula first meets his wife, Lisa. She comes to him in search of knowledge, due to her natural desire to become a scientist and help others. She manages to slowly convince him that humans can be trusted, and that he no longer needs to hide in the darkness. Cut to her execution by burning at the stake, as she is accused of witchcraft by the church, and you now have an unhinged Dracula whose doubt regarding human morality has now been justified. He gives the people of Wallachia (specifically the church) a year to make amends for their misdeeds, which they ignore (after all, why should they listen to the Devil himself?). This leads to demonic minions who literally bathe the towns in blood and fire. 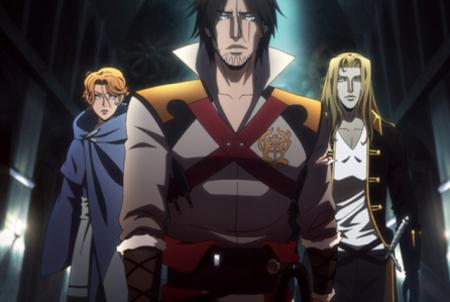 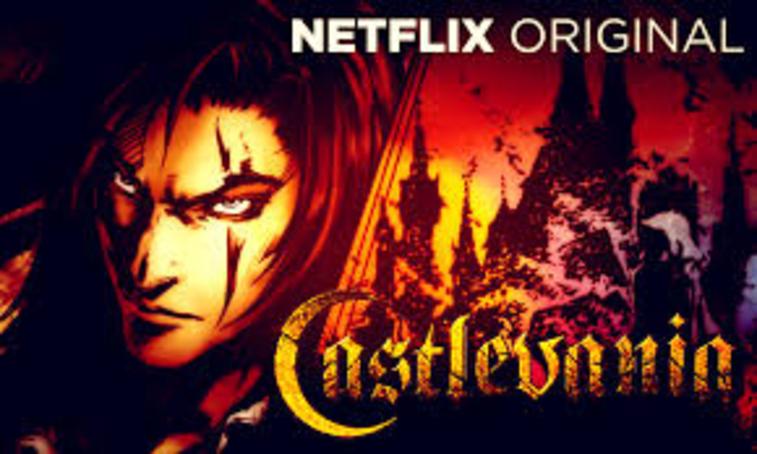 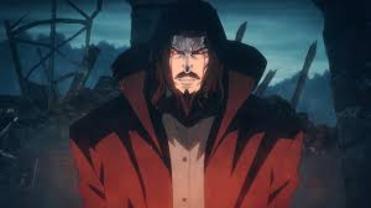 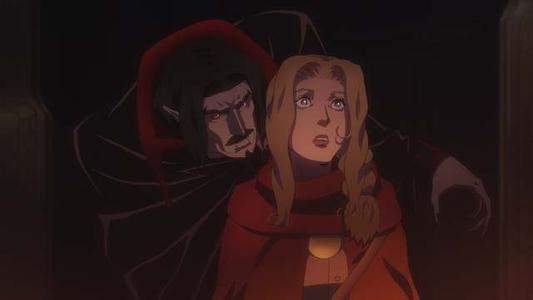 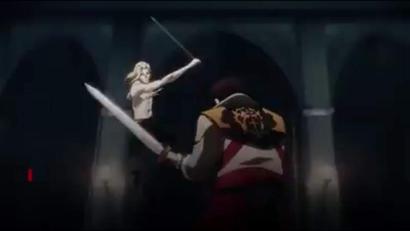 The flaws are there, but there are plenty of things to love about the series as well. One is its unique approach to introducing the audience to this world. We don’t start with Trevor, or the public execution, or the battles. Rather, we meet a bright, bold, kindhearted woman entering a notorious castle without trepidation, showing a vampire the first trace of humanity he has seen in ages, winning him over effortlessly. We see the man behind the monster, who lives in the darkness based upon a legitimate fear. While it’s tough to argue that his attack on Wallachia is justified, our glimpse into this intimate moment at least helps us understand his motivation. 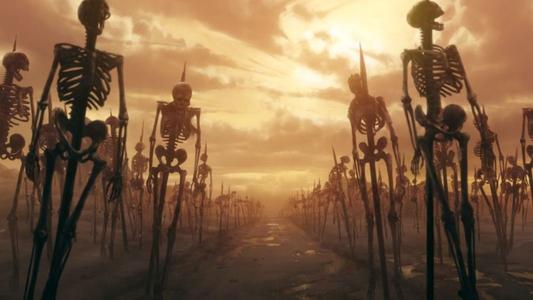 The iteration of Castlevania that ended up on Netflix began as a film script written by Warren Ellis a decade ago. It was never intended as a direct adaptation, but rather a means of fleshing out certain events in the series. The project sat in development Hell until two animation studios, Frederator Films and Powerhouse Animation, provided the funding to see it through. Netflix jumped in with the intention of splitting it up into a streaming miniseries, and thus, the series we have now was born.

One of the strongest suits of the series is the depiction of the action sequences, which should delight gamers and non-gamers like. There is a savage beauty to each motion, and in a film era that promotes fighting with quick cuts and sleight-of-hand in live action, it is refreshing to savor the artistry of the battles here.  It helps that the characters are gorgeously rendered, with rich outfit designs and distinct features that tell just as much of the story as the action and dialogue. 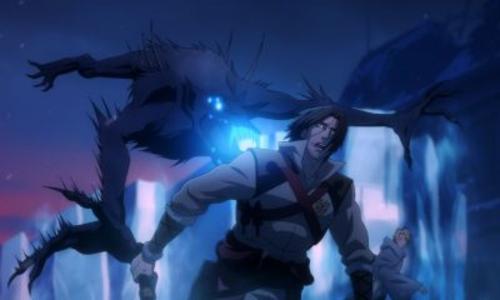 Overall, Castlevania is an engaging, lovely treatment of an oft-told story. It has enormous potential as a series, even considering the vast amount of material still left to cover. It is a respectful adaptation that does not polarize those unfamiliar with the source material, and it will be exciting to see what the second season will bring.