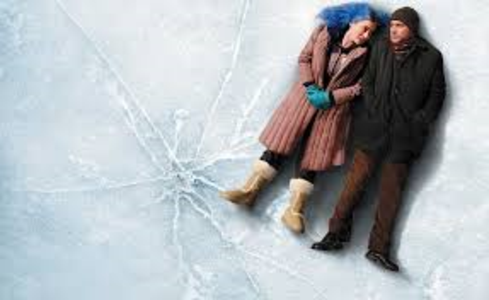 I say all of this, and yet there is one film... one film that I could watch a thousand times, one that tugs at my heart and inspires my mind... in my opinion, one of the most finely-structured and written films in the past  twenty years... and Jim Carrey is the star. For once, he plays something other than Jim Carrey, and the results are lovely. That movie, of course, is Eternal Sunshine of the Spotless Mind--the subject of my next video. Sister Mary Thespis will return to grant Mr. Carrey his indulgence, which he secured easily with this film. See you next time, when we'll Carrey on (sorry, I couldn't resist).

This brings us to the main issue. It's really not that Carrey is completely devoid of talent. Every now and then, he displays a hint of subtlety and touches on something unique. I'm sure many of you have already noticed that I have avoided mentioning some of his decent performances. I would include The Truman Show, The Majestic, and Bruce Almighty in that category--decent, but not great. The problem with Carrey's overall image is that he is an attention whore in the worst possible way. He made himself into a genre, which is one of the most frequent and dangerous mistakes a comedian can make. Some actors, such as Steve Martin and the late Robin Williams, employed similar manic approaches to comedy and came close to falling into the trap, yet both were able to move their work into different territories. With few exceptions (which I will discuss momentarily), Carrey has been unable to accomplish this. He was a cartoon on In Living Color, and he is a cartoon now. Additionally, when you factor in his shrill, ill-informed crusade against vaccinations--an act that goes FAR beyond bad taste and nuisance and into something far more sinister-- Carrey increasingly resembles the class clown who never left class. He's like the student who shoves pencils up his nose and makes the largest spitballs, and he continues to do so long after his classmates have stopped laughing and egging him on. Suddenly, he wants to be taken seriously, and he has nothing practical to contribute.

A more grievous example of this occurred in 2009, when Carrey played Ebenezer Scrooge, one of the most beloved characters in classic literature, in Disney's poorly-executed animated version of A Christmas Carol. That movie should have been called Christmas Comes to the Uncanny Valley; Carrey's facial contortions were just a few aspects of that film that made me squirm. While Carrey is not solely to blame for this, one look at the TRAILER for the film reveals that this, like so many other stories, was turned into A JIM CARREY PROJECT. Not that he worked on the project--he WAS the project. This wasn't the only beloved holiday character he sodomized. Remember the remake of How the Grinch Stole Christmas? I wish I didn't. The original Grinch (as far as I'm concerned, the only Grinch outside of Seuss's book) was grumpy, but Carrey's is downright repugnant. He resembles a cross between a rejected Muppet and the mucus family from the Mucinex commercials, and he is just about as endearing. There is a scene in which he holds mistletoe over his ass and literally asks the residents of Whoville to kiss it (one of two literal ass-kissing jokes in the film). Now, I'm as big a potty humor fan as the next person, but was that necessary here? Well, apparently if Jim Carrey is playing the role, then yes. 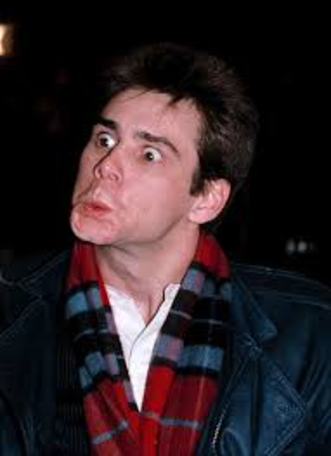 Perhaps the greatest annoyance comes when Carrey attempts to take an established character and make him an extension of his lunatic self. His portrayal of The Riddler in 1995's Batman Forever (a movie full of bad choices as a whole, to say the least) was a creepy, irritating little jackanapes with uncomfortably sexual undertones and enough camp to choke a whale. Several argue that he was a perfect casting choice for the jokester villain. That said, ladies and gentlemen, I present to you Corey Michael Smith, the actor currently portraying Edward Nygma on Fox's television series Gotham. Granted, there is more than one way to skin a cat (or bat--whatever the case may be), especially in the malleable world of comic books. That said, when you compare Jim Carrey's performance to anyone else's, it really just feels as though The Riddler was playing Jim Carrey, rather the other way around. 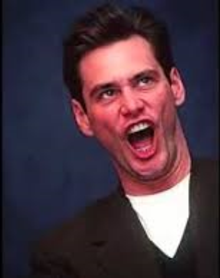 Liar Liar also comes to mind for simply being an insufferable Jim Carrey self-flagellation fest. Let's watch Jim Carrey beat himself up, then do the exact same thing in Me, Myself, and Irene, because it's just THAT funny.

Here's Jim Carrey making one of his annoying faces. 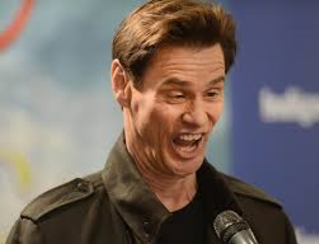 Carrey was able to find areas where his cartoonish antics worked--say, for instance, The Mask, where he played a... cartoon character. Eventually, though, we saw the same performance in every film he did. Ace Ventura: Pet Detective did not need to be made the first time, and it certainly didn't need a sequel. 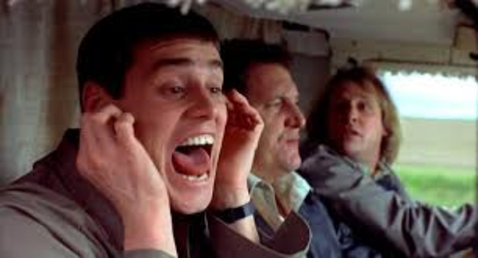 I'm sure I'll get crucified for this, but Dumb and Dumber is another film that does not hold up to repeat viewings. There are some honest-to-goodness moments that will make you chuckle, but it will be a cold day in Hell before I have any desire to hear Jim Carrey's "Most Annoying Sound in the World" again. 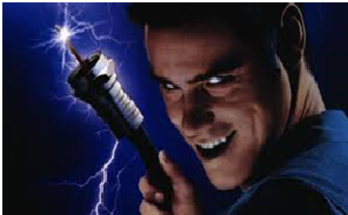 Deranged works better when there is at least one characteristic that keeps you watching. In The Cable Guy, each joke, each delivery, each facial expression is taken just far enough to go over the edge--just far enough to make your skin crawl. A black comedy has to be nuanced enough to give an audience a reason to stay, and a five-minute clip from this film makes Spongebob Squarepants look like high art. 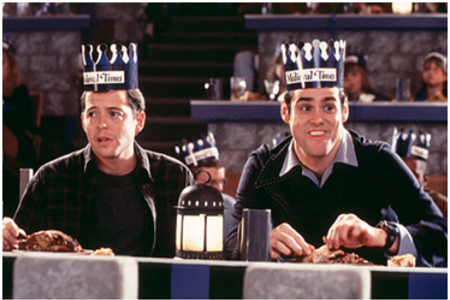 There was a time when Jim Carrey had potential. People mentioned him in the same breath as Andy Kaufman--whom he ended up portraying in the biopic. However, there comes a point when clowning just becomes excess, and physical comedy becomes more painful to watch than usual. As we watch Carrey devolve into a real-world buffoon pleading for attention, we are reminded once more of all the things he took ten steps too far.

His Sins: The Cable Guy, Dumb and Dumber, Ace Ventura: Pet Detective, Batman Forever, Me, Myself, and Irene, A Christmas Carol, How the Grinch Stole Christmas, etc. 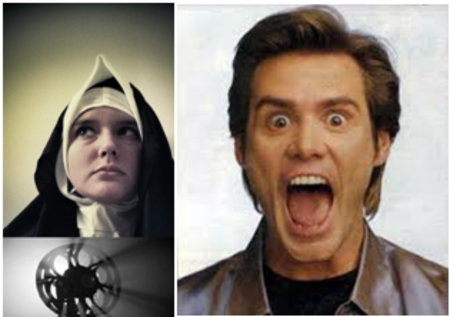 Sister Mary Thespis is back, and she's been given a ponderous task: She must grant a cinematic indulgence, or pardon, to Jim Carrey.