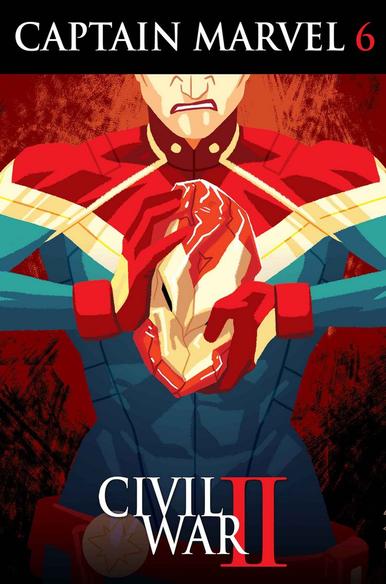 So picture yourself in their world again, but this time, not as one of the normal, non-powered humans. Picture yourself a super hero, a member of the Avengers or X-men even. You fight for your friends, your family, and justice. You fight to protect, and you fight to defeat evil. One day, a super powered being is discovered that has the exact power of what I described earlier. Instantly, everyone you’ve grown to care for, everyone you’ve shed blood and sacrificed next to, is at each others' throats. On one side, heroes say that we should use this person's abilities to stop disasters before they happen. But we’re not talking earthquakes, tornadoes, volcanoes, or the like. We are talking about murders, man caused destruction, and super villain madness. Since this person's visions have been proven to be accurate, we should have him tell us when, where, and how these crimes are going to be committed and stop them before they can happen. Sounds pretty straight forward so far, am I right? 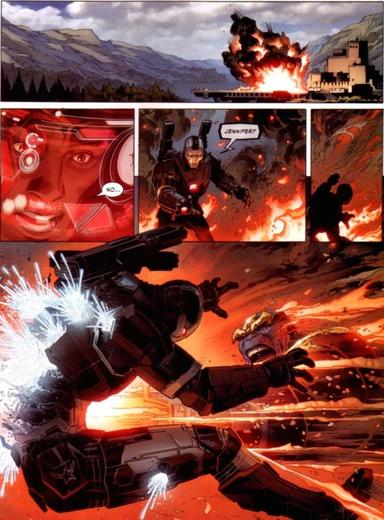 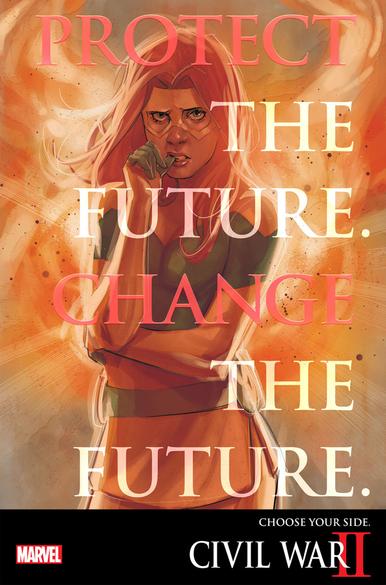 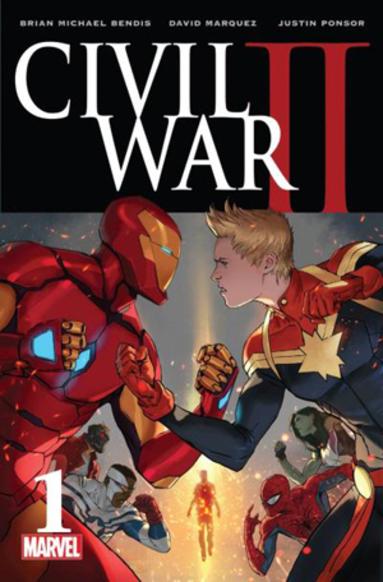 This story is far from original, as I’m sure there are many people who have heard of the film Minority Report. And even that isn’t the first time this kind of story has taken place, but the benefits to it being told in a comic book format are still pretty solid. First, you get to see how your favorite Marvel heroes handle this type of situation, both morally and physically. Second, since this is a comic book event, it will last at least two to three months, giving us a much more detailed and deeper look into this kind of debate than a two hour movie truly can. Those are just the top two reasons rattling around in my head, and I’m sure many of you out there have more to look forward to as well. But with the basics of how this event has started out on the table, let me ask my readers where YOU fall on this subject. Remember, to truly get a real feel for the size of this topic, you should picture yourself in that world and within that situation. Those same people you have called friend, and even many of your family, who are heroes have chosen their sides. You have to take into account how YOU feel in this, but at the same time, realize you're going to have to fight the ones you love to defend your stance. This time, it’s not about the government coming to arrest you, but instead you’re either fighting to stop people from using this person's abilities to arrest people who have yet to commit a crime, or you're fighting to prove why this course of action is needed. So now that you may be thinking, “Well, now that I have more information, of course I wouldn’t just arrest or kill someone who hasn’t actually done anything wrong yet.” What if it’s not that simple? What if your mom has a power that can wipe out an entire city and the vision shows that, for some reason, she IS going to lose control of it? It doesn’t show how or why. You cannot just poke and prod to find out what caused it and stop it. All you have to go on is this one vision of death and destruction from your not-evil mother. When she tells you she will not just hole up somewhere for the rest of her life, and that she isn’t going to stop saving people when she knows she can, what do you do? She hasn’t done anything wrong yet, and for all you know, her loss of control could have been mind control, a virus, or maybe a mental breakdown. For now, you have no clue, and all you know is that while you are trying to figure this out, your other friends and family are tearing one another apart trying to either arrest/isolate your mom or keep her out of the others' hands. Not such an easy debate now is it? This is what awaits our heroes as we go into Marvels second Civil War. Which side will you choose?

Remember the old saying, “if it sounds too good to be true, it probably is”? How about, “Everything has a price?” So Civil War II has already charged out of the gate with a bang with one, possibly two, casualties. Using the newest inhuman Ulysses' precognitive power, Captain Marvel led several super heroes to stop Thanos from taking a cosmic cube off Earth. While they got the drop on him, Thanos did manage to kill War Machine and critically injure She-Hulk. This has led Tony Stark to vow that no one will use Ulysses’ powers for such a thing again. Thus, the battle lines have begun to show. Tony Stark on one side and Carol Danvers on the other. Tony also brought in another great point in that what would happen if there is a vision of a hero doing something bad that he/she normally wouldn’t do? Do we lock him/her away when he/she hasn’t actually performed the crime, thus not actually having done anything wrong? Honestly, I find this to be the bigger argument for Iron Man.

What does The Power Trip think of Civil War II?  You can find out here!

The Next Issue: Civil War II

What if your best friend could “accurately” predict the future? He could just close his eyes and tell every single detail from this minute to the day of his death, but have very clear and always spot on correct visions. Is it wrong to act on those visions? If you remember the last debate article I wrote, it was following a similar story called Civil War from Marvel Comics. Well this time around, they are bringing forth a new debate in hopes of having lightning strike twice. Much like that last article, I’m going to touch upon the philosophical part of this in much the same way as last time.