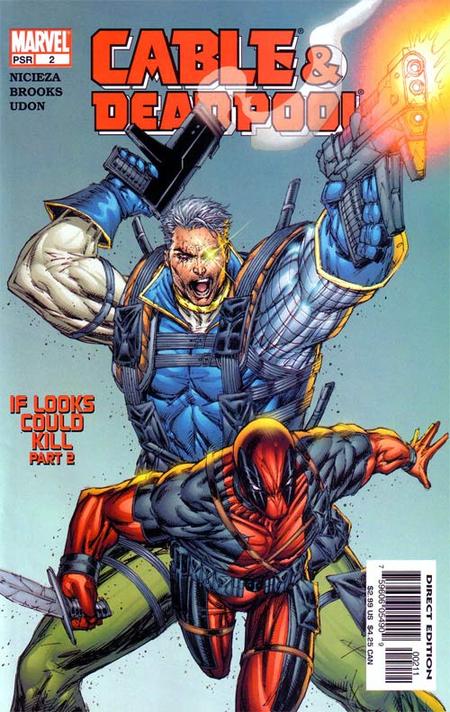 I mean, is it any wonder this guy's best partners have been people who see the future, thus they know what happens to Mr. Pool before he does, and guys with senses like a spider who can get early alarms to threats to themselves, thus keeping them a little safer around his randomness, or even other guys with healing factors on par with his own? Now usually, unless you just flat out piss him off, Deadpool won’t give you a second thought. Usually. But when Deadpool is angry, even if you’re not the one who caused the situation, you probably shouldn’t be anywhere near him. But then where would the fun for all of us reading his wacky adventures be? For the crazy low life expectancy Deadpool's partners have, he just isn’t as much fun to read without having one nearby. And Marvel knows this; it's why his team-up books do so well. It’s why most of the books he’s ever in nowadays are team-up books. Heck, even his movie had a very team up feel for the secondary plot with the X-men. In fact, I’d say once Deadpool/Spiderman runs its course, I’d look out for a Deadpool/Colossus book to follow it up. And let me tell you something, I’d read the Hell out of that just 'cause it’s Deadpool.

Ahhh best friends, they can get on your last nerves but also make you so happy at times. They always have your back and would always do anything for you. Believe it or not, Deadpool is one of those friends, you just have to really, really, REALLY prove to him you are there for him. And even then, just because your loyalty to the guy is foolproof, it does not mean that his is to you. The Merc with a Mouth has definitely gotten on the nerves of everyone who has ever fought side-by-side with him. But when push comes to shove, he will take a bullet for you... anywhere... all the bullets... 'cause it's Deadpool and why the Hell not? 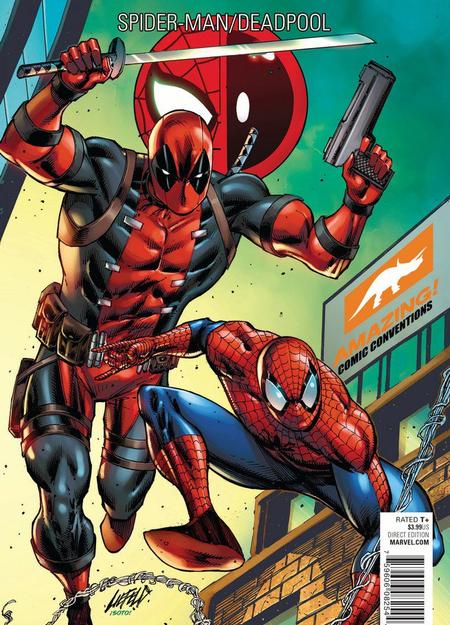 Deadpool: Partner for life... His

You may think to yourself sometimes that having a partner like Deadpool could be the most awesome thing in the world. And you are not completely wrong with that thought process. I mean, just look at all the pros: unbeatable healing factor, highly trained assassin, ability to see past the fourth wall (to your average comic character it comes off more like he just knows more than he should). Heck, with a partner who fights Thanos over the chance to court Death (literally), why wouldn’t you want this guy on your side? WELLLLLLL that’s where the phrase “be careful what you wish for” kicks in. The guy is insane, having multiple voices in his head that listen TO HIM and not the other way around. The fact that even though he can heal through anything and, yet, he has no problem using other people as shields could be another reason. He is extremely unpredictable and violent, and unless you have a very, very close and positive past with him, he has no true loyalty to you. Do favors for him and help him on the things he truly needs help with... and maybe he’ll wait and use you as a meat shield during the next fight after this one.