In fact, the entire experience unfolded as a sort of bizarre companion rock opera, and while it is often overlooked in discussions of Prince's catalogue for its cheesiness and commercial brashness, it is important to note that it was Prince's final musical contribution of the 80's. That alone makes it worth mentioning.

One of the strangest pairings in Hollywood history occurred at the end of the 80's, when two pop icons met in Tim Burton's version of Gotham. On the week of the passing of Prince, let us revisit the moment in which The Artist was associated with another flamboyant man in purple, played by Jack Nicholson. 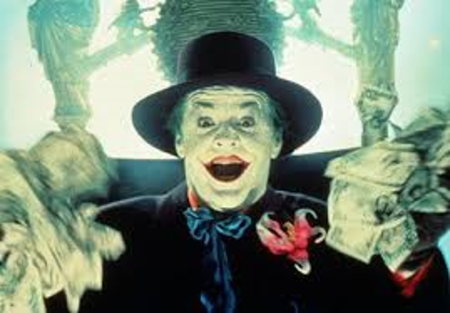 Of course, the franchise being what it is, it did not come without a little bit of copyright hoop-jumping. The publishing rights to all the songs used in the film had to be signed over to Warner Brothers and, thus, could not appear on any of Prince's compilations (although he did occasionally perform them in concert).  This was a few years before the now-famous "slave"/unpronounceable symbol portion of Prince's tumultuous relationship with Warner Brothers, but a harbinger of things to come.

But we had this to look forward to in the 90s!

Remembering One of Hollywood's Most Madcap Mashups

Prince was in more movies than you may realize... 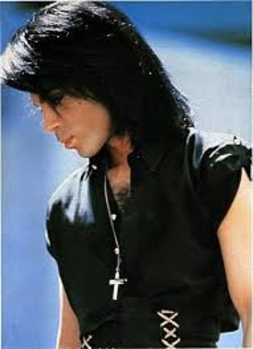 Ever Dance With the Devil in the Purple Rain? 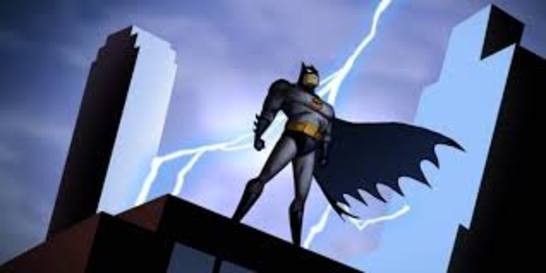 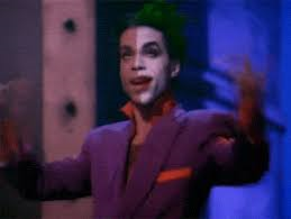 How did this even happen?  What aspects of The Caped Crusader resemble anything that you would associate with Prince or his music? In practical terms, it was a strategic move by Warner Brothers to revamp the career and commercial interests of a music contract holder by attaching his name to a blockbuster-to-be. It was an odd concept, but somehow, as the 80's drew to a close, it was embraced. The soundtrack transformed into a fascinating artistic venture for Prince himself as well. Even though the majority of the songs on his soundtrack did not make it into the actual film, it served as a fascinating study of an icon created by another icon. 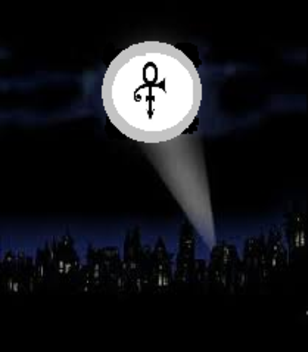 "The Bat," himself, Michael Keaton, said of Prince's recent death,  "He was one of those people you just assume, 'I am going to be watching what Prince does when he is 80...And it is going to be as good or better, and as innovative, as it is now.'" As we reflect upon what The Artist contributed to our culture, we can't ignore the odd phenomenon that was Prince's stint in Gotham.

Tim Burton had been listening to Prince's 1999 whilst shaping his vision of The Joker as portrayed in this version of Gotham. It was not technically Burton's decision to bring Prince on board for the film--that was the work of Jon Peters, the  film's executive producer. In fact, despite acknowledging the early creative influences of Prince's music, Tim Burton was reportedly displeased with how the songs were used in the film. He was not alone, either; many felt the songs were out of place and detracted from the overall mood of the film (especially when juxtaposed with Danny Elfman's famously brooding score, which permeates the franchise to this day). Prince's involvement in the soundtrack is presently viewed with an air of kitschiness--a very 80's trait of an 80's film. In addition, the appearance of the song "Trust" during Joker's famous parade float scene has become one of the most memorable aspects of the film.

Perhaps the most fascinating part of the whole story is the length to which Prince took his association with the film (and the franchise as a whole).  In six weeks, he recorded a nine song studio album that served as a narrative companion to the film itself. He even incorporated clips of dialogue from the film between the tracks (retrieved from a workprint) and associated songs with individual characters from the film. The video for the song "Partyman" even features Prince as a Joker-esque version of himself, with a set and costume plot reminiscent of Burton's Joker scenes. Oh, and "Batdance." Who could forget "Batdance?" Dancing Jokers and Batmen with synth pop? It was so weird.