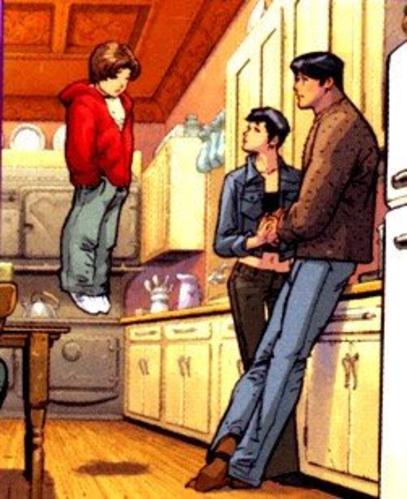 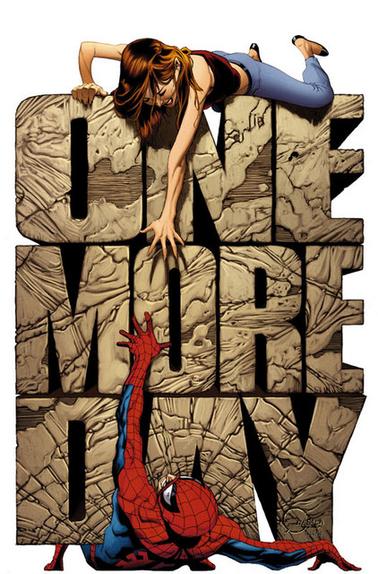 Hello everyone, and welcome to another great week of The Next Issue. This week, I continue my previous topic of family and the effects it holds in comics. As I mentioned in my video last week, the idea of family in comics is quite the double edged sword. When you hear the mention of family in reference to books, most people think “family friendly” or warm, soothing, fun. But on the other hand, to several writers and publishers, family brings different terms to their minds such as road block, wall, or death. 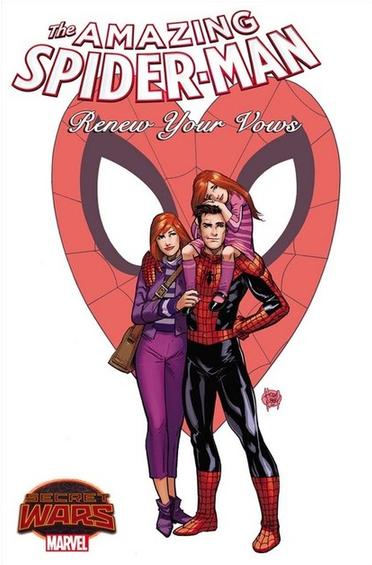 You see, bringing family into the mix does not always make for great options in story writing. If you're writing a limited series run, or limited series it is one thing. But if you are writing an ongoing book, it can limit the different type of stories you can write. This kind of thought is what led to the One More Day story arc in the Spiderman comics. Several people believed that, over time, Peter’s marriage had “run its course” and people didn’t want to read about a married Spiderman anymore. Just the idea of the next step, Spiderdad, seemed like a handicap. No one wants to read about Peter coming home from a rough day at the office and a skirmish with Venom just to change baby May’s diapers and do laundry. And I’d say that for some of their audience they were correct. Obviously Brand New Day, Big Time, and current story arcs have proven popular enough to keep readers going. But obviously, fans are getting a little more anxious at the “what happens down the line” aspect of comics. This can be seen by the major changes Marvel has performed over the last few years with replacing Thor, Captain America, and several other major characters. Steve is an old man, Wolverine dead, Thor unworthy. Spiderman is no exception though as the writers have still taken him into his next evolution of his current form with Parker Industries. Spiderman is now a global hero leaving Miles “The Ultimate Spiderman” Morales in charge of New York. While this does seem to be satisfying the “moving foward” aspect Marvel has taken on lately, there has been one story arc to come out that has alot of fans talking. Spiderman: Renew Your Vows is kind of an alternate reality story arc set in the Secret Wars story line. Here, Peter never made the deal with the devil -Mephisto- and thus, kept his marriage and even had a daughter. Of course, upon giving fans of this take on Spiderman what they wanted, Marvel also decided to go one step further and kill off almost every other super being on that world. As if to say, “Fine, we will give you what you want, but it comes at a horrible price! Now aren’t you glad we changed reality? Did you want everyone to die just so Peter could have a family?”

Family, in comics, is a device used to grow your character. It limits your options, but it’s meant to evolve the character to another level. You can write about a single character all day long with infinite possibilities, but eventually people will wonder why he hasn’t grown as a human being, hasn’t tried to be more normal and put other things first. If you're writing a comic and you want your main character to last for a very long time, then you wait to introduce the idea of family, because that device is the first step in having your character pass the torch. Once your hero is a parent they have very limited fates. You either show their age and let them move on, retire, or die, or you rewrite history and negate the growth your character has made. This move runs a high risk though, depending on how many people grew to respect the growth you brought about. Some people will always see Batman as Bruce Wayne, or Captain America as Steve Rogers, while others will see them as the men who have taken the mantle on since then. Its all about perspective, and in the end the decision always comes down to family.

Superman, too, has shared a similar fate over the last several years. Pre-New 52 Superman had definitely grown into a father figure for the DC universe. Watching over and protecting everyone he ever loved, dying to save the world, the "Man of Steel" even got to adopt a son. Christopher Kent was the son of Zod and Ursa, whom they conceived in the Phantom Zone. He was used as a tether to the normal world by his parents and adopted by Lois and Clark. This story line had set the precedent that Kryptonians and Earthlings could not bear children together. Thus, the adoption angle was presented using Ma and Pa Kents' knowledge of how they faked adopting Clark years ago. This story pushed Lois and Clark into a huge parental role and cemented the world's view of the two as a motherly and fatherly type character to the entire DCU. Even before this story arc, Superman had been a guardian of a sorts with his “older yet younger” cousin Kara. But, as with Peter, Clark met a similar fate at the hands of the company relaunch of the New 52. Here, the time line was shifted and Clark and Lois were just best friends. While a little bit of romance was hinted early on in their friendship, Lois was shown to have a serious boyfriend and Clark went on to be with Wonder Woman. Once again, the writing with these characters has been very good, as the relationships have evolved very well over time. Also like Spiderman, Clark, too, now has his alternative take as the Convergence spin off Superman: Lois and Clark shows the pre-New 52 Superman has survived the reboot with his wife Lois in tow. Not only that, they have a child which in and of itself is a reboot of what the adoption story arc had shown us.