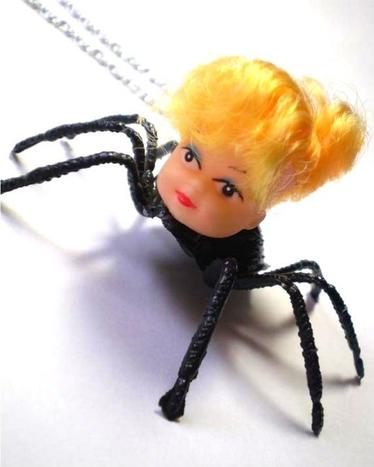 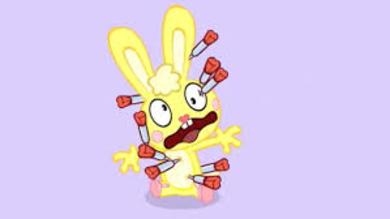 So, next time you watch a scary movie with other folks, note the amount of laughter accompanying the screams. Chances are decent that you will experience more entertainment because of it.

In the Sideshow Bob example I mentioned earlier, we laugh at Bob’s misfortune and the way he handles it. We laugh at his pain. Tom and Jerry, Bugs Bunny, Happy Tree Friends (especially HTF), and even Disney cartoons use violence to generate laughter. So what about when we witness a gory stabbing, or a beheading, or other forms of mutilation that may repulse us? Sometimes, the sheer audacity of it is what generates the response. We’re (hopefully) not used to seeing a man’s head roll across the floor. When you think about it, it’s sort of….silly looking. There’s a reason gore is used in a comical way (think Monty Python and the Holy Grail). It is violent, but it happens to someone else. And even if it disgusts us, it is such a spectacle that we can’t help but succumb to the “relief theory” mentioned earlier. This leads to my next example…

Here are the greatest hits of a movie that certainly could count as horror or comedy. 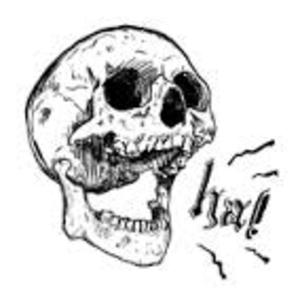 Not to be confused with the psychological theory of absurdism, or a human’s search for meaning in a meaningless world (although they are clearly related), absurdity has been a part of humor since Ancient Greece. I’ve mentioned slapstick, and this s a perfect example. Why are there so many rakes for Sideshow Bob to step on? Certainly not for any practical reason; they are there because it is funny. It’s funny because it is excessive, and illogical, and surprising—much like the idea of a man wearing a mask and stabbing people multiple times for sport, or because of something supernatural. Mel Brooks is keenly aware of this relationship and uses it constantly (I mean, he is the God of Comedy, after all). There is a scene in the Brooks spoof Dracula: Dead and Loving It where Brooks’ Van Helsing and Harker must drive a stake into the heart of newly-vampirized Lucy. When they do, a giant geyser of blood rushes onto Harker. “There’s so much blood!” he shouts, to which Van Helsing responds, “She just ate!” So here we have a rather grotesque image presented in such an absurd and excessive way that you cannot help but laugh, coupled with one character acknowledging the excessiveness and the other lightening the situation with a punchline. This is a perfect example of a horrific image played for comedy. 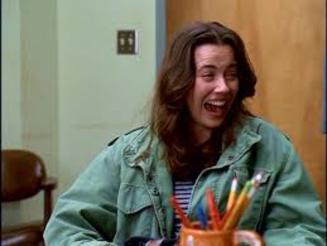 Dark comedy works because humor can be found in the grotesque. The horror and comedy genres are much more inextricably linked than some realize—even on a physiological level. As in, the audience experiences many similar sensations when watching both. It makes sense to pair them because the moods they generate are two sides of the same coin. Here are a few examples:

Fear is Funny: Shared Traits of Comedy and Horror

Dr. Julia Wilkins applied “relief theory” to the idea that laughter is a release of nervous energy.  We see something amusing, thus we laugh; this is the basic example. But what about horror? After the screams following a jump scare, how often do you hear laughter? Most likely, you’ve heard it often. Maybe someone was laughing at her friend’s reaction, or both were laughing at their shared reaction. It comes from a place of relieving tension. “We’re all right. The amygdala is lying. Flight-or-flight is a fraud this time!” Thus, laughter.

I recently watched Tucker and Dale vs Evil, and I can say with certainty it is one of the most creative and entertaining films I have seen in a very long time. It fits neatly into one of my favorite genres—horror comedy. The kind that acknowledges the tropes—the setup, the suspense, the gore, etc.—and then turns around and subverts it. We have a group of college kids camping in the woods, telling scary stories, fulfilling their duties as walking archetypes. They encounter Tucker and Dale, two harmless hillbillies vacationing in a creepy cabin, oblivious to the fact that they are fulfilling the roles of the deranged killers. A few misunderstandings later (including Dale’s flailing about with a chainsaw due to accidentally opening a beehive), the college kids are convinced Tucker and Dale are trying to kill them, thus causing them to “defend” themselves. Suddenly, Tucker and Dale are the victims, and they must fight off the evil force known as dumb college kids.

Humor is rooted in the unexpected--the various incarnations of irony. Even slapstick works this way, in many cases. Even if we anticipate Sideshow Bob is going to step on the rake and hit himself in the head, the surprise comes in the form of how many rakes he ends up stepping on, with the same reaction from him each time. We laugh when we see the kid making fun of the principal at school when, unbeknownst to him, the principal is standing silently behind him, with dagger eyes. We can apply this same theory to the killer being on the other side of the door, even though we know the little ingénue in the house will open that door (despite our warnings, or to the tune of our encouragement) and face her bloody doom. Both setups require suspense and, eventually, surprise. They require an investment that will excite the chemicals in our brains.