This is literally everything I know about the Game of Thrones TV show.  I've never heard the actual real theme, only this one.  I don't think I need to see anything else.  (For other great things relevant to your interest, check out @johannhat on Twitter and Youtube.)

The Action phase is where the bulk of gameplay tends to happen.  Starting with the initial player for that turn (it can shift as different families sit on the Iron Throne), players resolve their orders.  Players raid and pillage foreign territories, armies clash on battlefields, alliances (both sturdy and shaky) are formed...  all of that good Game Of Thrones goodness.  Again, I'm not doing a rules breakdown.  I just want to communicate that this phase is a lot of fun.

The game is won when one of the two following conditions are met:  A family (player) has taken over and controls 7 lands on the game board featuring castles, or 10 turns have happened in the game.  In the case of the 10 turns limit, the player with the most amount of castled lands wins. 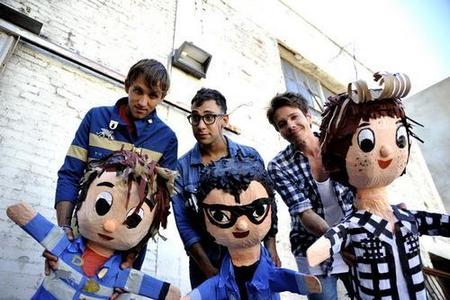 Game Of Thrones:  The Board Game 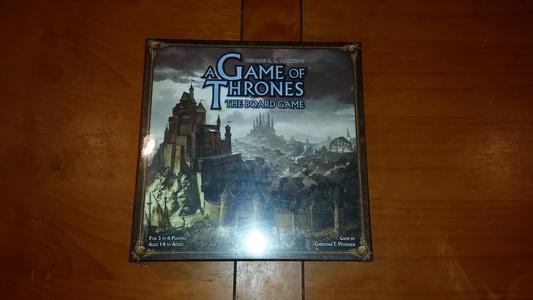 I have to say, I am not going to tell you exactly how to play the game.  As you noticed, there is a very comprehensible rule book.  What I can do for you is give some basics how how the game works, what I like about the game, and what I don't like about the game.

The game supports between 3 and 6 players.  For games less than 6, only specific houses can be used.  That's right, each player takes up the banner of one of the families vying for the Iron Throne.  Each house has a unique starting area, a set way their starting units are positioned, and each has a unique hand of cards.  These cards are different for each house, and reflect the individual flavor of the house.  As much as it'd be cool to see Jamie Lannister take up arms on the side of the Starks, keeping the game closer to the world's lore is a great decision.  Especially when the game we played ended up with stuff going wrong again and again for me (who was reppin' the Starks).

The Orders phase is when you assign orders to your troops in the field.  Each player has a set hand of orders they can give, and this is where you plan to consolidate power, defend, form alliances of support, or move troops and attack.  Orders are issued in secret, but revealed by all players at the same time.

@tomix is currently playing Overwatch.  Like, it literally just launched minutes ago.  Why is he still typing?​

The fun part of the game, as a whole, is the level of potential strategy.  At a few points in the game, players are required to “bid” power in an effort to be on the Iron Throne, Fiefdoms, and the Court.  This is done by literally paying Power Tokens.  The player who bids the most wins, and then ALL tokens bid by ALL players are lost.  Managing the resource of Power cannot be stressed enough, and formulating your own strategy amidst the 3 positions to bid on is where long-term planning can either benefit you, or screw you over if things don't necessarily go your way.

Trying to avoid spoilers.  Everything turns out fine, I swear.

Johannhat - “A Game of Hodor”

In general, the game ends up being a ton of fun to play.  Go into your first game accepting that you won't do some game mechanics right, and expect the first few turns to be really slow while everyone learns how the system works.  If you put the patience into it and take the time to read and reread rules, you'll find a very fun experience in this game board.  I played the game with one person who has read all the books and doesn't particularly like strategy games, and one person who lives for heavy strategy games and has never heard of Game of Thrones.  Surprisingly, both equally enjoyed the game, and look forward to playing it many more times, especially as different houses.  And unlike the books, I promise not to give up halfway through my 3rd game, and rewatch all of Babylon 5.

With that all being said, I want to give a hearty “Thank You!” to our Patreon donor:  Greg Bateman.  Last week, you watched me unbox Game Of Thrones:  TBG.  I can see how a game of that caliber could be a little overwhelming.  But, as I promised you, Greg, I read the rulebook, and grabbed a pair of people from my SGOA to give the game a tryout.  What I found was a wonderful experience that I look forward to playing a ton of more times. 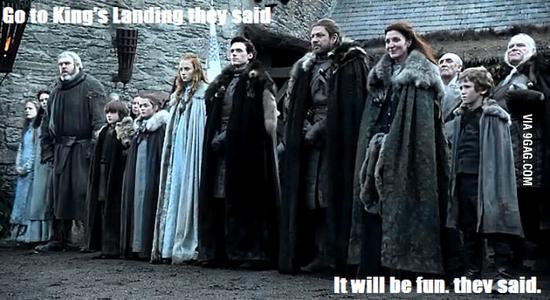 As I type this, I find that Fat Mike has checked himself into rehab.  Good luck, <maternal gentle-caresser>.

No, not these assholes!

A lot has been said about A Song of Ice and Fire.  Some positive.  Some negative.  Some in the middle.  I fall in that 3rd camp.  As a sort of preface to my opinion on the Game of Thrones:  The Board Game, I just have to let a few things be known.  First, I have never seen a single second of the TV show.  Not a single second.  I have only kinda heard the theme song (more on that later).  In the realm of the books, I have actually read the first two.  Somewhere during the 3rd book, for lack of a better way to phrase it, I stopped caring.  This is not a knock on GRR Martin.  The books are very well written and are great stories.  Just my apathy kicked in, and I just rewatched Babylon 5.

The turns are shared by the players.  Each turn has 3 phases:  Westeros, Orders, Action.  During the Westeros phase, 3 cards are randomly drawn from the Westeros decks, and stuff happens.  It's during this phase that players could possibly muster more troops, reevaluate their army's supply lines, defend the land against invading Wildings, vye for the Iron Throne, etc.  Each of these involve their own sets of rules, but are practically super easy to follow and do.