If only we had a sports writer to defend those silly sportsball games.

When family members have met their ends, they are set aside, and no further modifiers and be played on them.  When one player's entire family has met their unfortunate end, the game is over.  Add up the “Pathos” points stacked on the left side of all of your deceased family members.  This corresponds to a total of “Self Worth.”  (Who hasn't added up the self-worth of deceased family members during a morbid evening of drinking?  Just me?  Fair enough...)  Since scoring is a negative value, the person with the largest amount of a negative number wins.  Think scoring in golf, but with a game actually entertaining to play and watch.

The game has gotten a lot of support via 4 expansions.  There is also a standalone variant Cthulhu Gloom with an expansion of it's own.  Each adds more families to use and more modifier cards, allowing you to expand to your regular group size and tailor your storytelling experience.  Though, for a regular group of 4 or fewer, who only occasionally breaks the game out, just the base game is a good solid investment.

Tomix has always accepted Cthulhu as his personal savior.  See him never mention this fact on Twitter:  @tomixfitz. 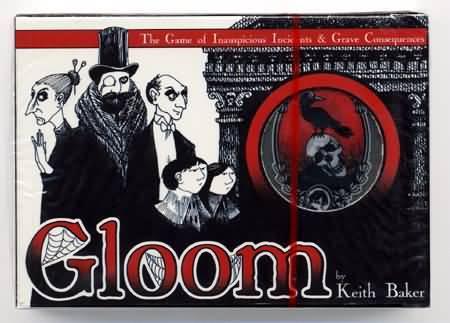 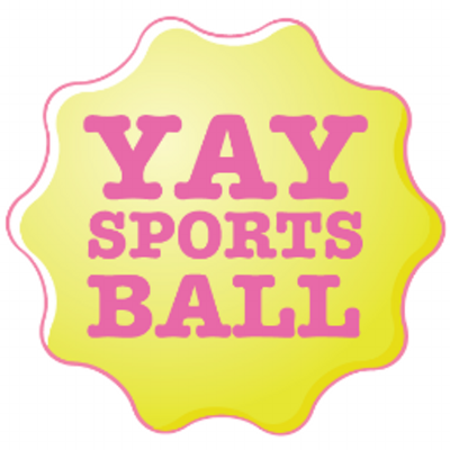 Missing character from “The Cask of Amontillado”

The mechanics and gimmick of Gloom are fun.  Gameplay is easy to learn, and would be impossible to execute without the gimmick of mostly-clear cards.  But, as I mentioned, the real fun of the game is the storytelling aspect.  Creating the biographies and ongoing adventures of each character on the table as you bring misfortune to your own and happiness to the other players' families creates a creatively morbid and Poe-esque narrative.  The story events match the overall art style of the cards, making a setting where the stories of each character play out like a fanfic mashup of the Addams Family and Fire Marshall Bill.

Know a game you want to see on Punk Rock Tabletop?  Let Tomix know!  Ideally by using the Donate link, since it is hard to buy Force of Will booster packs using in-game World of Warcraft gold. 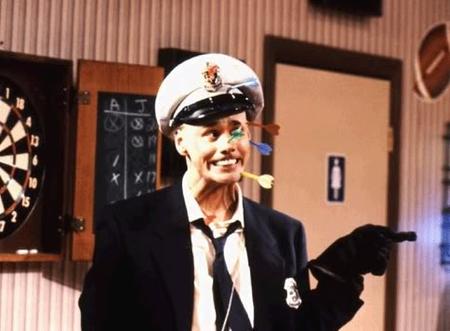 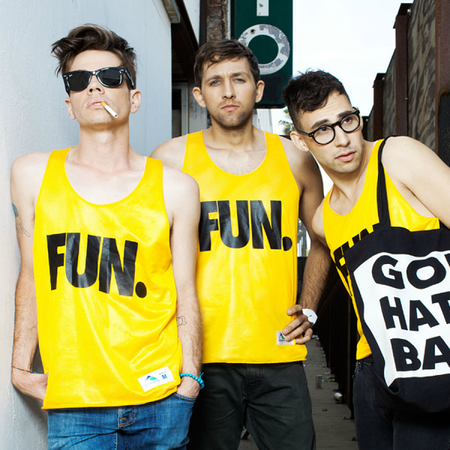 Now that you have made some new friends (both real and imaginary), pick 3 that are the most creative and pick your family in Gloom.  As with most Atlas Games titles, storytelling is a major aspect of enjoyment, though it's not as important as it is in Once Upon A Time (See, Management?  I told you that I could self-promote!).  Terrible things are about to happen to your in-game family, and it will definitely be fun!

Still...  not these assholes.

As mentioned in the video, play time with 4 people can take about the length of a Muse album.  If you are looking for a time frame closer to Rancid (2000), fewer family members can be used for each player, or you can call the score after the final notes of “GGF” ("Golden Gate Fields”).  There is hardly a rules change that could make the game more fun, since the entertainment level is based off of the players' imaginations.

Hey, you.  The one reading this sentence.  Yes, you!  Ever wanted to cause your family insurmountable misery?  And not only that, but kill them at the lowest point in their lives and use their deflated self-worth as a scoring method with other sociopaths in your social circle?  If your answer is, “Yes!  Yes, disembodied voice I have in my head that I subconsciously hear when I read anything!  I do!” then go get some help.  Like, serious help.  If I were you, I would be making a series of psychological appointments.  And, since you obviously do whatever a disembodied voice tells you to do (hence, your current situation in this hypothetical situation), I would suggest getting a copy of Gloom to play with strangers in the lobby of your favorite therapist's office.