The passing of Adam West has obviously sparked countless tributes. After all, he was the first man to wear the iconic Batsuit—the first Batman for many of us. Arguably, however, the finest tribute happened several years ago, and West himself played a role. An episode of Batman: The Animated Series entitled “Beware the Gray Ghost” first aired on November 4th, 1992, and to date, it is perhaps the most subtly clever treatment of the “passing the torch” conceit to appear in any television show or film—let alone one aimed at children. In this episode (one of the best of the entire series), West voices a television actor who, like himself, played a masked vigilante—inspiring a young Bruce Wayne to follow in his footsteps. 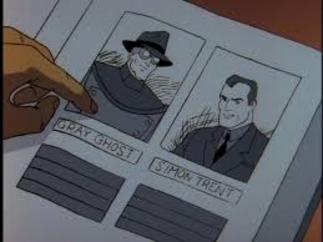 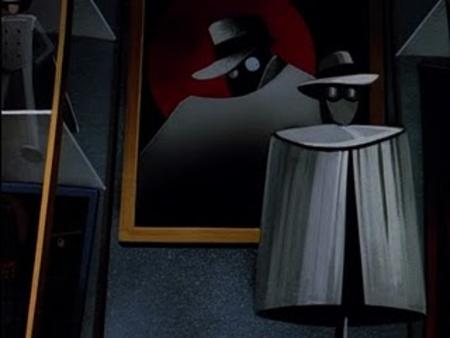 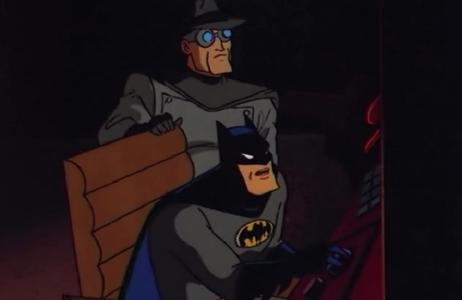 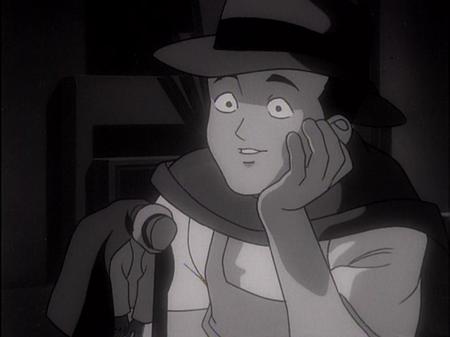 Here's a guy he managed to inspire! 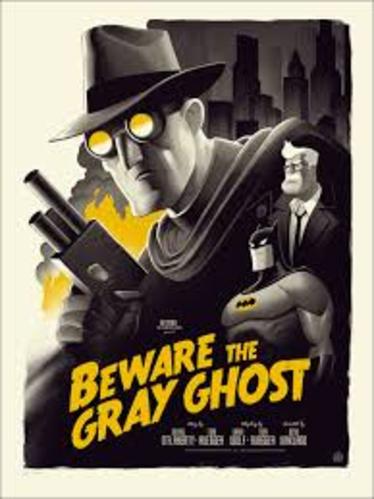 Goodbye, Gray Ghost: A Retrospective, in Honor of Adam West 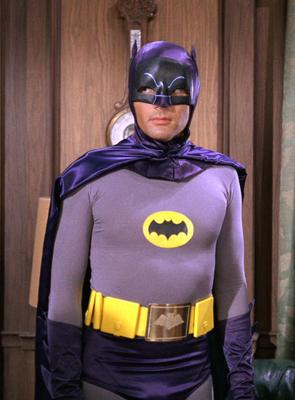 It is easy to look upon this episode with an added dose of wistfulness, now that West is no longer with us. However, it serves as a comforting reminder that West is now a part of our cultural mythology, and the stories he helped to tell will travel through generations to come.

It is tough to overstate the brilliance of this episode. The obvious connection of “old” Batman fighting alongside “new” Batman, via the voice work of Adam West and Kevin Conroy, is just subtle enough to avoid being a distraction, yet it is surprisingly self-aware. West maintains a trace of the voice pattern that characterized his take on the Crusader in the 1960’s, but never in a heavy-handed or jarring way. Several shots reveal the similarities in style, movement, and appearance between the Ghost and the Bat, and making the crime a copycat is a clever way to create that mirror image.  Another aspect that works particularly well is the theme of generations. It is not only significant that the Ghost is voiced by the original Batman; the Gray Ghost was also what connected Bruce to his late father, just as the 1960’s Batman allowed countless children to bond with their fathers—ideally, their first heroes.

At the start of the episode, we see flashbacks of little Bruce, immersed in his favorite television show, The Gray Ghost. The parallels are unmistakable; he is entranced by a caped, masked vigilante, gallivanting through hazy, film-noir city streets, appearing seemingly out of nowhere to save the day. Bruce, whose father is still alive at this point (Thomas Wayne sits behind him, warning him that it will be bedtime after the show), hasn’t a care in the world as he sits, entranced by his hero, draped in his own cape and hat and clasping a Gray Ghost doll. He begins to yawn. 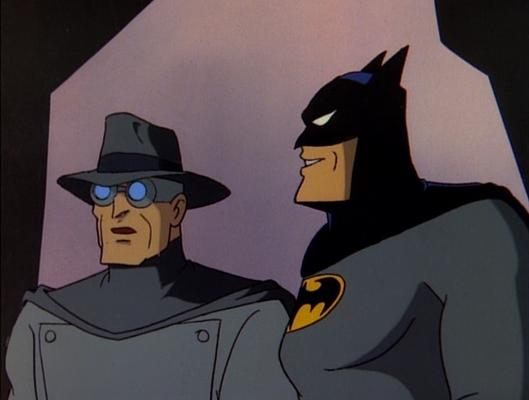 Images from the show-within-a-show cut to present-day Gotham, and a building exploding identically to the one featured on the “Mad Bomber” episode of Gray Ghost, only this time in vibrant reds and oranges (contradicting the typical noir atmosphere of The Animated Series, which is emulated and exaggerated for The Gray Ghost sequences). Bruce, now emerging from his own shadows as The Caped Crusader, reads a calling card identical to the one featured in the “Mad Bomber” episode, yet it doesn’t seem to ring a bell for him. We soon find out that Thomas Wayne carried his sleeping boy upstairs before the conclusion of the episode so many years ago. Nostalgia is powerful, though, and Bruce awakes in a cold sweat upon remembering the episode—and his inspiration. 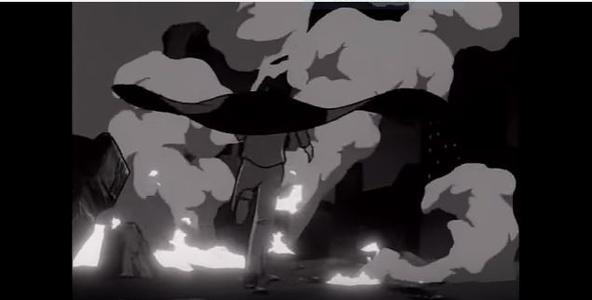 As Bruce and Alfred scour the city for the lost episode, we meet the man behind the Gray Ghost mask, actor Simon Trent, who is now living in a tiny apartment with nothing but merchandise and memories. He has just been confronted with yet another rejection, and as it becomes clear to him that he will never escape the shadow of his former superhero self, he gathers up all traces of his past and carts them off to the nearby nerd shop to be resold. Shortly after doing so, Trent is called to a secret meeting by none other than Batman himself, who seeks the actor’s help in identifying the strategy of the copycat Mad Bomber. Trent, of course, wants nothing to do with that, which is more than a little disappointing to Batman. This is one of the genius moments of the episode, as we see the tiniest trace of young, innocent Bruce Wayne underneath the bat mask. “I used to admire what the Gray Ghost stood for,” Batman remarks, with a hint of true sadness in his voice. When Trent once again rejects the image, reminding Batman the he is NOT the Gray Ghost, Batman murmurs, “I can see that now.” It is rare to see him offering any sort of vulnerability in his suit, but Trent has hit a nerve. Batman reacts as most of us would, had we just witnessed the fall of our hero.  This is not simply a nostalgic betrayal for Batman; the Gray Ghost stands for something that has become the very center of his being.

As the explosions continue, it turns out that the Gray Ghost can’t escape his calling quite so easily, and soon we are treated to his team-up with the other Caped Crusader. Together, they bring down the bomber, resulting in renewed fame for the Ghost via his association with Batman. The little boy who idolized the Ghost grew up to transform fantasy to reality—first by acting as his hero, then by turning the man representing his hero into the real thing. “You know, as a kid, I used to watch you with my father,” Bruce tells Trent at the end of the episode, while the actor signs autographs as the Ghost for a new generation of fans. “The Gray Ghost was my hero. And he still is.”