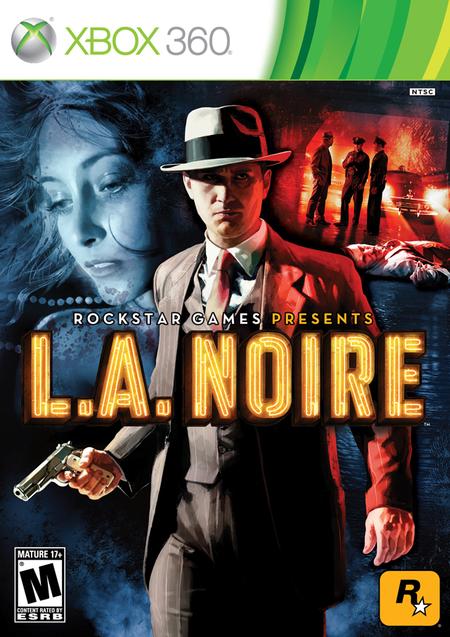 As stated, freedom is the name of the game.  A large part of the allure of video games in general is the escapism that they offer.  Good sandbox games elevate this to an unparalleled level.  If you take your rocket launcher to Miami and unleash mayhem, you won’t get very far before the boys in blue (or maybe the boys in green!) take you out, and rightfully so.  In GTA, not only can you do this, but it’s really, really fun to pull off!  Granted, a negative of this very liberty is the general lack of consequences for your actions.  Jump off the highest building in Miami and plummet to your death?  $100 and the forfeiture of all your weapons and you’re good!  Go on a shooting spree in the middle of the city to the point of becoming a world event and forcing the military to suppress a single man?  $100, no weapons, and you’re fine.  In the real world, the fine for a speeding ticket is often higher!  But, again, that's what makes a game like Vice City so much fun.

While the series has, to some extent, gotten away from this, the first Legend of Zelda game is a great example of what sandbox games can do.  You start The Hyrule Fantasy up, name your character, and the game plops you right into the world.  You can go North, East, West, or enter a cave.  Have fun! 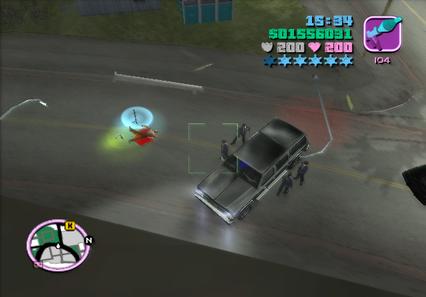 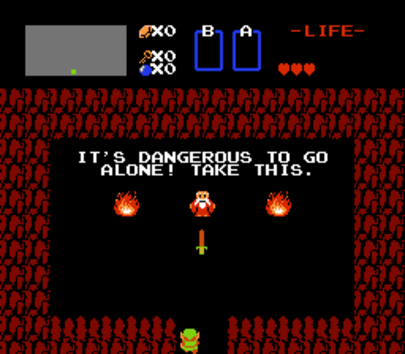 Gaming aficionado and The Culture Cache devotee, Xakor, has returned with another Patreon request.  If you have an idea for an article and/or video, you can find links to Patreon under the Donate tab above (and below).  Donations of any amount help defray our costs and allow you to choose, not merely suggest, topics for us to cover.  Xakor wants to see Grand Theft Auto:  Vice City, and we are happy to oblige!

The Grand Theft Auto games are sandbox games.  These are also known as Open-world games (yes, I know there are distinctions, but not now…) and they offer players unprecedented levels of freedom.  There is a narrative (most of the time) and you can complete the game, but much of the fun lies in exploring the living, breathing world and interacting with it in fun and interesting ways.  The idea is presented as a readily identifiable metaphor.  Put kids in the sandbox.  They will build castles.

The success or failure of a sandbox game is often related to how you can interact with the world as you explore it.  L.A. Noire, for example, has little to do in the sprawling city.  It’s meticulously, perhaps painfully, detailed.  Each actor was captured while surrounded by 32 separate cameras in order to recreate the delivery, especially that of the face, perfectly.  That’s all well and good (and, to be fair, it is a reasonably important part of the game), but this thorough approach frequently fails to deliver the fun factor.  For example, you’re only allowed to use your weapons when the game wants you to.  I get it.  You’re playing as a police officer climbing the ranks within the department.  Mowing downs random civilians with a Thompson submachine gun in your pursuit of justice wouldn’t sit well with that…  Still, restrictions like these greatly hinder the fun of a sandbox game, and this lack of freedom undermines the over-the-top attention to detail present in a game like this.

Immersion is another pivotal concept for good sandbox games.  This is a multifaceted hurdle for developers.  The look of the setting must be the perfect combination of realism and fun factor.  Vice City in Grand Theft Auto:  Vice City is a thinly veiled representation of Miami (and by thinly veiled, I mean they changed the name).  This presents a bit of a challenge.  Rockstar must faithfully recreate the real city as it appeared in the (AMAZING) 80s, but they also have to tinker with it to make it more fun.  We, as gamers, often clamor for more realism, but do we really want a world where it takes an hour to traverse a city?  Do we really want to perfectly recreate traffic gridlock?  Of course not.  It is incumbent upon all good developers to reconcile this juxtaposition in a way that results in the most fun for the players.  Aspiring developers, take note:  Vice City is one of the ones that did this correctly!

These flaws don’t sink the genre, but they are glaringly obvious and nearly impossible to correct.  Either the problems stand, or they create other ones.  For example, if people react logically and LEAVE a place that is as war-torn as Syria on a bad day, the game would get boring quickly.  Sandbox games will forever be victims of their own successes.  Still, the best ones offer us a great way to spend a few hours…  weeks… 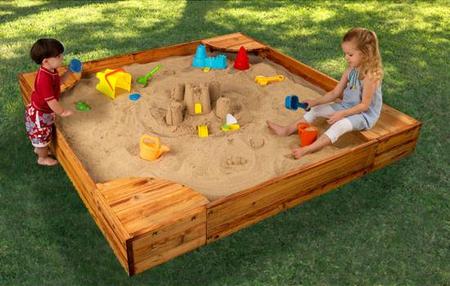 Unfortunately, a sandbox turns into a litter box too easily… 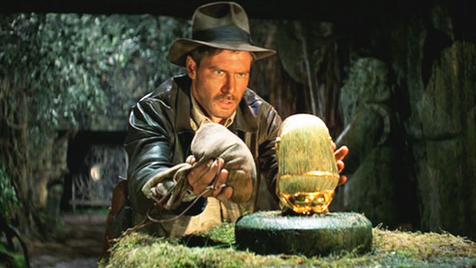 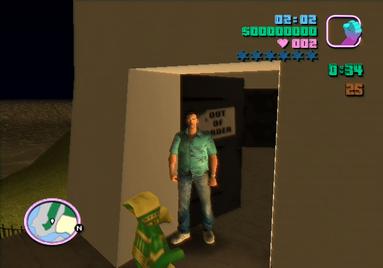 Lamentably, all is not well in the land of sandbox games.  Even worse, these are problems that are unlikely to truly go away any time soon.  Poorly designed entries in this genre already have little to do, but for the good ones, the end goal works against the idea of the game.  While you explore, you are rewarded.  You use these rewards to explore some more and find other new rewards… until you actually DO find them all.  Now you can do anything you want, but there’s not much worth doing.  Think of it like a bunch of kids playing in a sandbox (I wonder why I thought of this as my example).  If one child takes all the toys away from the others and the other children leave, that kid may have all the toys at his disposal, but there’s no fun to be had because the other kids aren’t there anymore. 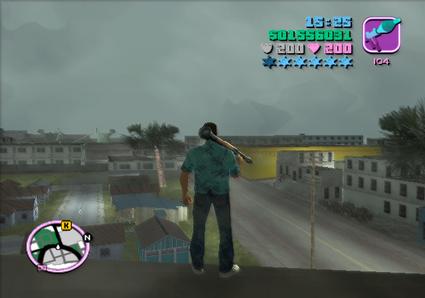 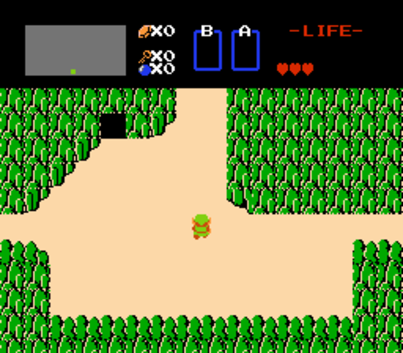 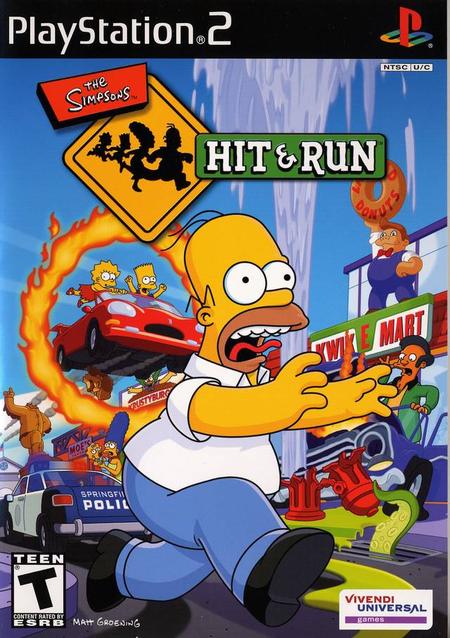 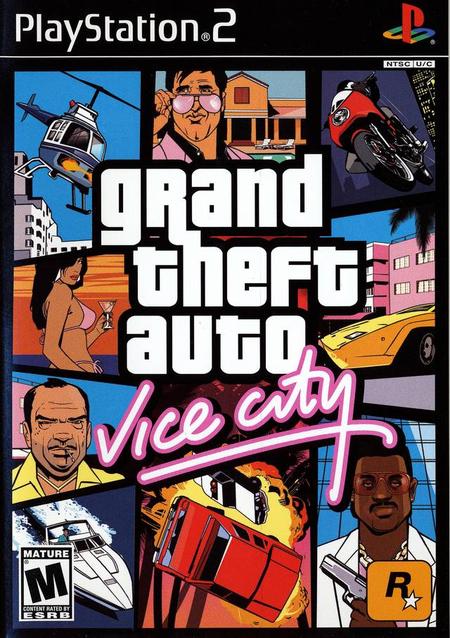 Graphics and behavior work against the genre as well.  In real life, if you see two people wearing the same identical shirt, you likely take notice because that’s uncommon.  In the world of video games, there are only so many character models the game can display, so you see repeats frequently.  Not only that, but if we want immersion, then AI behavior should reflect that.  Rarely, if ever, is this the case.  Average Joes in these games barely even seem to notice or care about the rampant violence that takes place all day, every day.

This exploration, urban or otherwise, is an essential part of the sandbox experience.  In Grand Theft Auto:  Vice City, the first time you find a Hidden Package, you simultaneously have an immediate sense of accomplishment paired with an OCD desire to find all of them.  You mean there are 100 of these things?  Gotta find ‘em all!  The game further rewards your curiosity by giving you a tangible reward for every tenth package you find, often in the form of a free, respawning weapon pickup in your safehouses.  This creates a positive feedback loop in the player, who wants to get all the rewards (the Hunter helicopter you get for finding them all is pretty sweet!), while also adding length and depth to the game.  The developer can also boast the added hours of playtime, so this is greatly beneficial to both.  Additionally, while searching for the Hidden Packages, you’ll likely come across all kinds of other things, such as rampages, properties, and unique jumps, each of which brings its own feedback loop with it!

When the guy in the van offers you candy to help him find his lost puppy, “Just say ‘No!’” 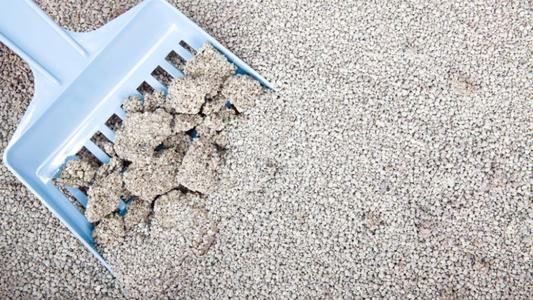