It’s truly hard to say, though, which side YOU would be on. It’s easy to read a comic book and feel the sympathy for the heroes who have sacrificed so much of their life to save us day in day out as they are arrested and sent away. It isn’t until you try to put yourself into the story and see it from the point of the view of the everyday average person that you start to see why such a law was created. No one is perfect. There isn’t a guarantee that one day that same superhero isn’t going to snap and kill everyone, or not be on his/her game that one day and a whole mall is destroyed. Some people are willing to trust blindly, while others want something in place to help keep them safe. Try to think about the real world implications this draws parallels to. It can be a little frightening. I hope this has opened some of you up to the idea’s you’ll see in the upcoming movie. It will be fun to see some of the takes they do from the books. Until then I will see you all next time for The Next Issue. 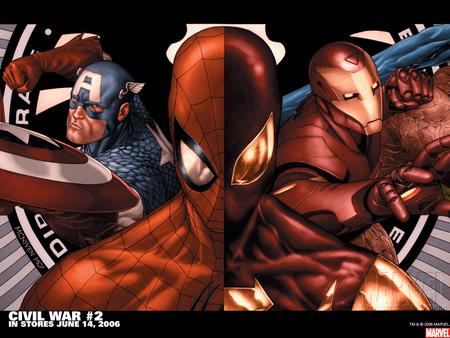 Iron Man became the main defender of the Registration Act. Being a man whose power was pretty much just being smarter and cockier than everyone else, he felt closer to the everyday non-super heroic bystander. This also gave him a chance to be loved and adored by everyone! What he didn’t see coming. though, was the resistance. Well, he knew there would be some, but definitely not Captain America. Cap was more about protecting his fellow hero. He knew that what each of them did everyday was fight a war. To Cap, we were always at war here at home. He understood that your everyday American citizen did not see this war going on, but it was still there. Sometimes there were casualties, but at the end of the day you brought down the villain and saved everyone you could. The issue here was that your everyday American citizen was tired of the war in general and wanted it all to stop. Cars were totaled, homes were destroyed, and family was killed in these skirmishes, and the everyday citizen wanted it to stop. We wanted to feel safe when we walked outside. At the very least, we wanted people to be held accountable. If my home is destroyed as the Avengers fight Doctor Doom, then, by God, one or both of those parties need to be held responsible for it. 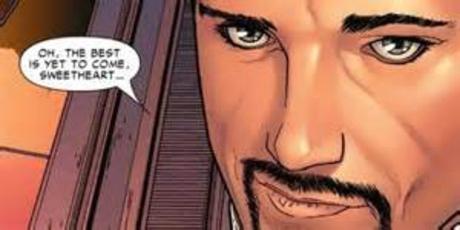 Imagine, if you will, that you live in the world of Marvel's creation. Superheroes not only exist, but run rampant everywhere. A visit to New York is almost a guarantee to see an Avenger fly by, or a glimpse of Spider-Man, or even a tour of the Baxter Building. Yes, you live in a world where ANYTHING honestly could happen, but you are normal. A standard, normal, everyday human being with no powers. You are you, who you are right now in our reality is also who you are there. During that same trip to New York I just mentioned, you also run the chance of being caught in a rampage by the Hulk, being used as a diversion by The Green Goblin flying by dropping bombs on you just to distract a wall crawler, or being killed by evil mutants run amuck randomly killing anyone without powers because you are inferior. While you may enjoy the excitement of getting to see Iron Man take down a baddie, what can YOU do to save yourself when the heroes don’t get there in time, or worse yet, when the collateral damage of ensuing fight is YOU? For years, comics only teased or played at sort of caring about the vigilante nature of superheroes. Even then, it was only really the street level heroes like Batman, Daredevil, the Punisher, and the like that ever really had to worry about police chasing them and trying to either apprehend them or take them out. Heroes such as Superman, Thor, or Green Lantern could be called into question by the government, but no one was going to fire a weapon of mass destruction on a city just to take out one of them... which is what it would have taken. 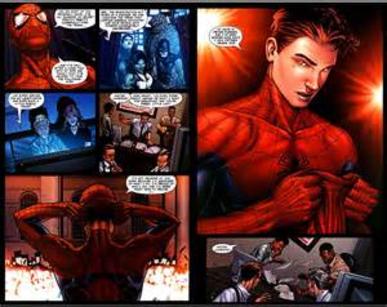 History of a Civil War

With a title like this article has, you would think you were about to read a paper in history class. In actuality, this is about a much more recent dilemma. I’m talking about the Civil War between superheroes! As everyone gears up for the upcoming film this Friday, I thought I’d bring a little historical fun to the masses and talk about the war that seriously changed Marvel Comics for years. Before the MCU and DCCU made watching superheroes fight each other awesome on the big screen, our friends down at merry ol’ Marvel decided to give us a very grand story. You see, for years, comics had given us these amazing team ups against common foes: Secret Wars, Crisis on Infinite Earths, Zero Hour, and Infinity Gauntlet. And while every time a popular hero met another popular hero for the first time we got to see a fun “what if” style battle, never had a comic company laid down such a well thought out, well played, politically natured story line.

This is the foundation of the Civil War we enjoyed years ago in the books. It brought hero versus hero in a way we never thought we’d see. It unmasked Spider-Man to the public, and it led to the death of a legend. We got to see how far each hero would go to fight for his cause, and, in the end, we got to see the Marvel Universe actually change, which was something each comic company would advertise but so rarely deliver. For years afterwards, we had to see how the same epic cross overs and battles would take place that we had seen before, but under a government registered MU. With the mutant population decimated in the wake of a spell that wiped out the powers of all but 198 mutants, and with the refusal to register themselves, the X-Men found themselves sequestered away on the Xavier institute grounds, constantly monitored on their mutant reservation and never allowed to leave. Each state was given a superhero team that was that state's team. This was called the “50 state initiative.” And an academy was built to train all powered beings who registered. Tony Stark was put in charge of S.H.I.E.L.D. and Stark Tech ran rampant through all government owned facilities.

So, on a peaceful, quiet day in a small town, a superhero group of teens with their own reality series decides to track down a handful of villans and take them down for the sake of ratings. Things go from bad to worse, and one of them uses his explosive powers to destroy most of the town, killing 600 residents, 60 of whom were elementary school kids. This led to the American government putting the Superhuman Registration Act into play. Because we, the powerless, the normal, the innocent, cannot just stand by and watch these “heroes” kill us inadvertently while trying to recklessly save us. The Act itself would force everyone with powers to register with the government, effectively enforcing a draft, and reveal their secret identities to the world. Super powered beings would be held accountable for their actions, but paid as a government employees. Anyone who did not register once the act was instated would be incarcerated in a super human prison built in an alternate dimension. There they would be held for life or until they registered. This was the White House trying to protect the people. Of course, with only their own weapons, no one figured they would be able to do it on their own. They needed help, and they found it, as well as the perfect spokesperson, in Tony Stark. 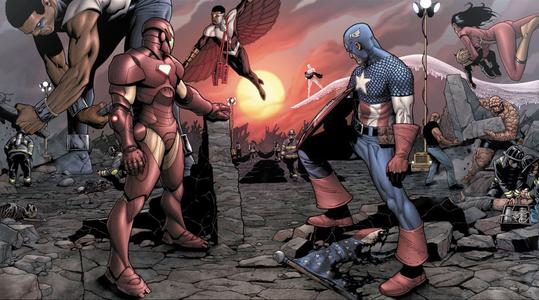