Back in 2004, Kate Winslet was reportedly reduced to tears when she witnessed a young fan on the reality show I Want a Famous Face receiving cosmetic surgery to resemble her. Winslet stated, "This girl had collected magazine covers with me on the front. I thought 'I don't look like that. That's a digitally altered image.'" Perhaps if some of these younger celebrities could follow the lead of the classy Winslet, the tone of the marketing could start to shift. In the meantime, maybe those behind the scenes could check the dates and start growing with the times. The love of shapes and sizes is evolving.

Do I believe that teenage girls will flock out of movie theatres in droves, or sit huddled in a crying mass in front of Netflix, all desperately plotting to make themselves less "ugly" because a film told them so? Of course not. Do I believe that these messages will slowly wrap themselves around young psyches that are already weighed down by doubt and vulnerability and slice open emotional safety nets in ways that may be unseen by those outside? Absolutely.

I can actually appreciate the fact that more age-appropriate actors are getting cast in young roles, because it makes the whole experience more authentic. That said, when you are striving for authenticity, yet incorporating dated messages implying that young women must maintain unhealthy habits and mindsets to achieve acceptance and satisfaction, there's something sinister about your product. This has gone beyond the mentality of "oh, I must resemble the model on the cover of this airbrushed magazine." It is now becoming, "This is a teenager. This is how a teenager looks, dresses, acts, and speaks. This is what she weighs. Why don't you look like this?" 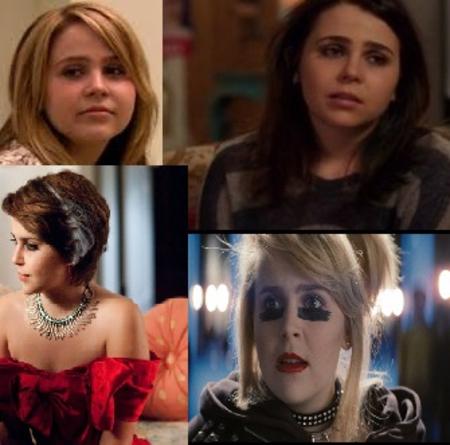 Well, I suppose you've narrowed it down to the cute brunette in the overalls (check), flannel (check), and boots (check check). That would be Mae Whitman, known to the cool kids as Roxy Richter (Scott Pilgrim Vs. the World), Ann Veal (Arrested Development), Amber Holt (Parenthood), and Mary Elizabeth (The Perks of Being a Wallflower).

In case you don't know, "DUFF" is an acronym for "Designated Ugly Fat Friend." Look carefully at this picture and she if you can spot the "DUFF."

What I'm talking about, of course, is Hollywood Ugly. This applies to both genders, but we see it most often with women. The character seen as an outcast, a last resort, or a genetically undesirable being in some form or fashion is portrayed by an actress who would be considered "above average" in terms of attractiveness in a more traditional social setting. Need an awkward teen to transform into a beauty queen (because it is the mid-to-late '90's)? Take a pretty girl with no makeup, put her in overalls, slap some glasses on her (bearing in mind that this was just shy of when glasses were considered cute, along with faux-nerdom), and pull her hair into a ponytail. This trope is explored to great effect in the brilliant parody Not Another Teen Movie, emulating the actual setup of She's All That.

Basically, Shallow Hal was one of those films that accomplished exactly the opposite of what it wanted to do...or did it? Was it ever truly an indictment of misogyny and superficiality? Probably not. That said, it honestly just embraced what was taken for granted in mainstream cinema and delivered it with less subtlety.

Of course, she was referring to the scene in Shallow Hal where the title character encounters a group of "unattractive" women. In case you haven't seen it (though you're not missing anything), the plot of the film involves Jack Black's character becoming hypnotized to see the "inner" beauty of women. He is infatuated with  Rosemary, played by itty bitty Goop goddess Gwyneth Paltrow. Because of his "condition," he doesn't see her for what she really is-- a 300-pound woman.

"If THOSE were the ugly girls, what does that say about us?"

As we exited the theatre, I glanced at my best friend, Abby. Abby is an actress, with fair skin, a lithe frame, and the type of long, wavy, auburn hair women spend half their paychecks to achieve in salons. But when I looked at her face that night, I saw a dark expression, with furrowed eyebrows and a grimace. Still lovely, but clearly upset. After a moment, she unloaded.

When I was in high school, I accompanied two of my closest female friends to the movie Shallow Hal. Why would I watch a film with Jack Black and Gwyneth Paltrow, two of my least favorite celebrities on the planet? Well, who knows? I exercised a lot of bad judgment at that age. But I digress... 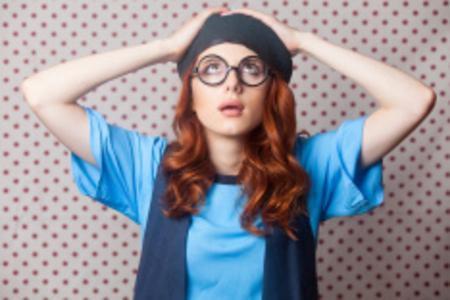 The change lies in the fact that more and more of these films are peddling their wares to insecure young women in more manipulative and unsettling ways. From the mid-80's to late 90's, teenagers in film were portrayed by adults in their late 20's-early 30's. This still occurs, but in the past decade or so, casting in the "teen genre" seems to favor actors closer to their teen years, if not actual teens. This is where the danger comes in, because young women are seeing more of themselves in what's being put onscreen--and being force-fed the idea that what they see is not acceptable.

On one hand, it is Hollywood. It is all illusion and a fantasy, and therefore should not be perceived as a practical goal. These standards have been around for ages. That is not what has changed.

I honestly don't know what's worse: the very premise of this thing (including the title), or the fact that Whitman is clearly airbrushed to appear thinner--AS the "fat" friend--on the cover artwork. Regardless, it's disturbing on multiple levels. 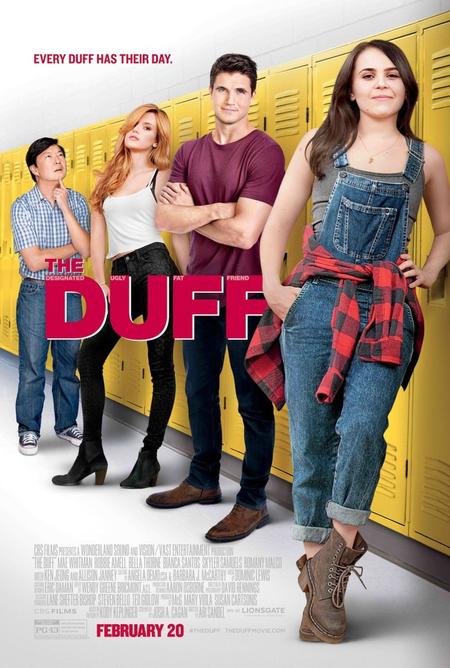 Fast-forward. This film was just released on DVD this past summer:

But that was 14 years ago. Look at what has transpired! Surely we have grown out of this. 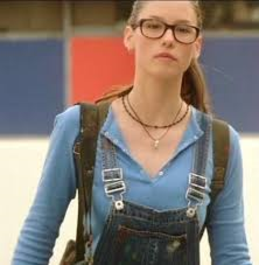 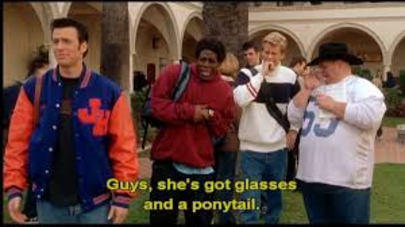 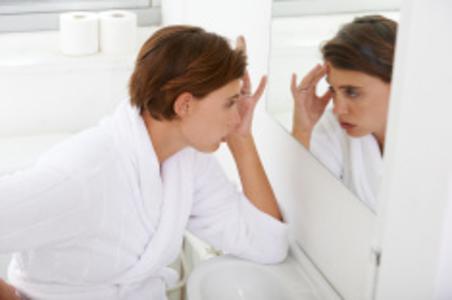