With that, I’m going to bring this special double-sized issue to a close. Hopefully I have helped to set the tone for the discussion next week of whether or not to reboot. Obviously, I will be going over the many reasons the companies themselves decide to as well as where we, as readers, stand when these things happen. As always, thank you so much for joining me on this wonderful adventure, and I can't wait for the next one. Come back next week and we shall tackle The Next Issue!

Now what could possibly be worth taking such huge risks that you would restart an entire established continuity? Why the growth of your company and readers of course. While profits are always the end goal of any decision made by a company, the comic industry is blessed to also have the added goals of the individual writer tagged on. At the end of the day, anyone will come up to you and tell you that the company’s main goal is to earn their next dollar. While this is true for the company as a whole, you have to remember that each book is written by a different author. That author has his own story to tell, his own goals to establish, and his own mark to leave in the industry. So whether the writer is the main author of the reboot, or he/she is having to tie in his/her book to the overall story, he/she is still working to more than just a monetary goal. We’ll be going over these reasons and more next week as the final chapter of this story arc concludes. 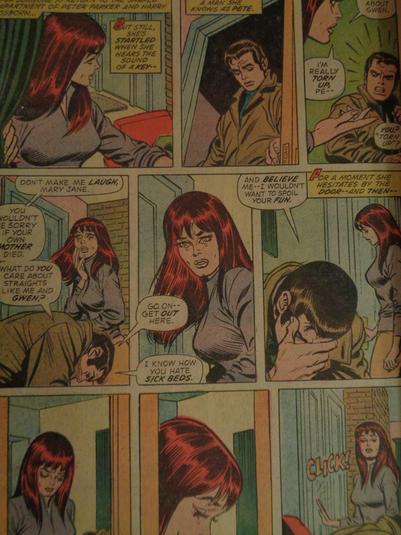 As I’ve mentioned before, Marvel is a great example of the other end of rebooting. Never doing a full continuity shift, Marvel uses what's called a floating timeline or sliding timescale. This is a technique used to explain why characters barely age over a period of time despite real world events, people, and technology appearing in the comic. A floating timeline is a form of retroactive continuity and is seen most clearly in the case of characters who debuted decades ago but who are still young in current comics. Events from the characters' pasts are still shown to have happened, even though they should be much older now when they remember such things. 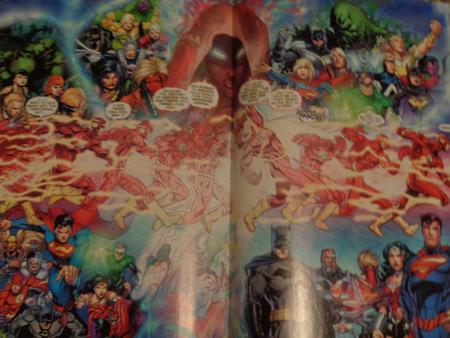 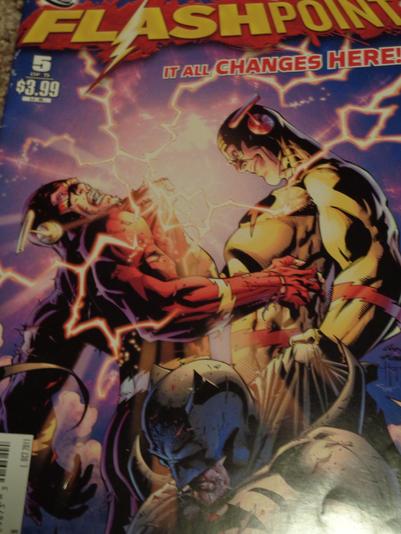 “Crisis” is the most well known reboot in comics history due to the sheer size, amount of characters, and effects it left on their universe. DC did have a few snags after the story ended, however, as several characters still had “pre-crisis” memories. Some of the books didn’t even show the after effects until 3 years “post-crisis”. This road eventually led to the “Zero Hour” story line, which was to do to the time line what “Crisis” did to the multiverse, and fix any of the left over holes “Crisis” did not mend. When dealing with larger-style reboots such as these, things have to be planned out very thoroughly and years in advance. Even then, characters still slip through the cracks (Power Girl, Hawk Man) and writers have a hard time fitting them in. DC has come a very long way since that time and, with the re-launch of the DC universe during “Flashpoint,” has shown what it has learned over the years.

DC was the first company to really attempt something like this -- an event so massive that it would rewrite all of history and establish one true universe. The time was 1985, and it was a great time to be a comic book fan. Superman was both leaping tall buildings and sneezing away galaxies. Batman had a daughter and was young enough to still be a swinging bachelor. Herein lies one of the two issues. At the time, both the Golden age and Silver Age characters existed. While you could tell what story you were getting in Justice League (Silver Age) and Justice Society (Golden Age), you could not always do the same in the core titles. Kids reading Superman were not sure what to make of the fact that last week's Superman was flying through space, while the next week he was just out pacing a locomotive. One week Batman was married to Catwoman and raising their daughter Helena, while the next week a much younger Batman was trying to lock up a much more evil Catwoman and their daughter was nowhere to be seen. Thus DC decided it was time to tie up their multiverse into one universe. The second problem was the same for any company of that time period. Crisis on Infinite Earth had very little advertising. Not a lot of people knew it was happening or what it meant for DC comics until well after it ended. 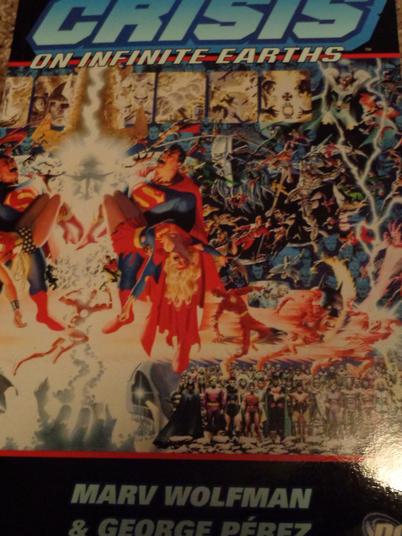 Reboots such as these are often the most successful. Like them or hate them, they have the easiest time of accomplishing what a reboot is meant to do, mostly due to them being on a smaller scale than say a “Crisis.” Speaking of crisis, let's make the leap, way over the tall building, and slam ourselves on the opposite end of the spectrum, Crisis on Infinite Earths! 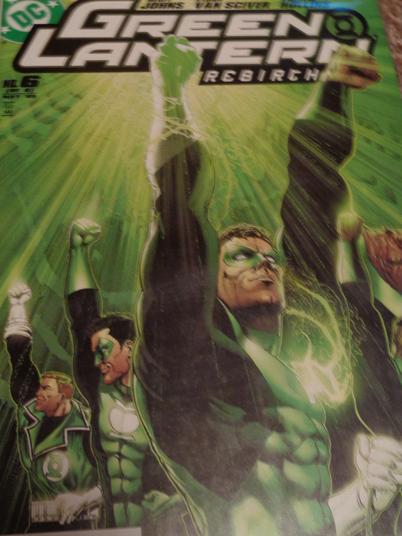 Jordan went from being a man who had lost everything and snapped, killing all of his friends and almost destroying all of time and space, to not being responsible for any of what happened. This change in continuity not only introduced a new villain to the DC universe, but also helped re-establish Hal Jordan as a hero again. Subsequently “Rebirth” also resurrected all of the past dead Lanterns, the Guardians of the Universe, the planet OA, and rewrote Guy Gardner's “warrior” powers out of existence. Reboots such as these can be both frustrating and entertaining. While the idea that this story was a bit of a cop out does get mentioned in comic circles, the story itself, "Rebirth," is one of the highest acclaimed stories to come out of DC. It did everything a reboot sets out to do: giving us a new fresh starting point, bringing a character that had long since needed something to pull him out of his “psychotic” rut back to his human roots, and revitalizing the entire Green Lantern universe. 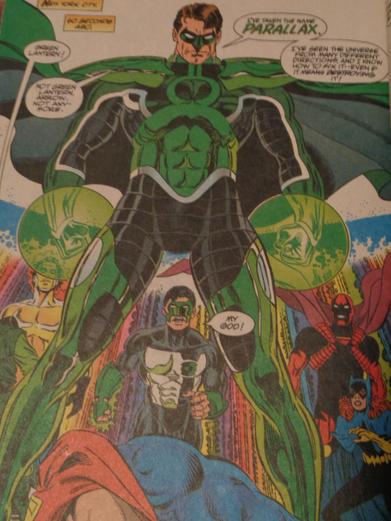 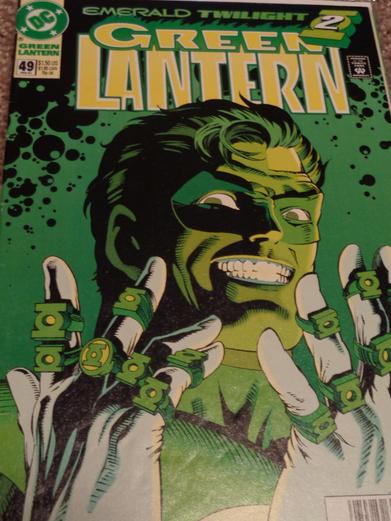 Another good example of a soft reboot was Hal Jordan, or more accurately, Parallax. You see, during the “Reign of the Supermen” arc in the 90's, Hal’s home town of Coast City was destroyed by the Cyborg Superman and Mongul. This act, and Hal's inability to will the city back using his ring, drove him insane. Hal set off to take every ounce of power from the Green Lantern Corps., the main power battery, and even the Guardians of the Universe themselves. His main goal would lead to the “Zero Hour” story, DC’s hard reboot of 1994. Now, the change here comes several years later during the “Green Lantern: Rebirth” arc. Here, Kyle Rayner, the universes only Green Lantern at this point, discovers that the yellow weakness that used to affect all past Green Lanterns was actually a living yellow energy being named Parallax. Parallax is the living embodiment of fear and had resided in the central power battery. “Rebirth” explained that Parallax had reached out to Jordan in his moment of weakness after Coast City, pushed his fears, and exerted control over him subconsciously. 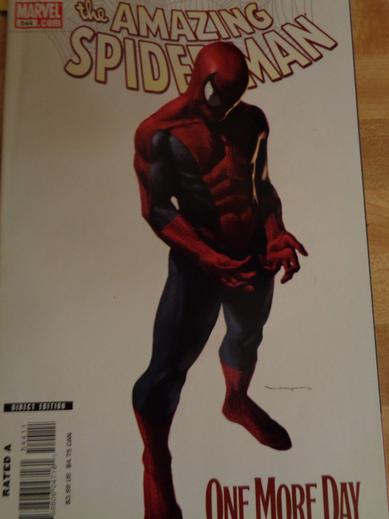 In this instance, I am referring to Spiderman: One More Day. What I said before about it being a soft reboot still stands, but some of my facts were off. So to get us ready for our main topic next week, I need to make sure the scope of how things change in instances like this is properly covered. In the story line, Peter makes a deal with Mephisto, the Marvel Universe version of the devil, to save Aunt May from dying from a gunshot wound. Mephisto undoes Peter and Mary Jane’s marriage, which leads to an alternate reality for the couple. The parts I was off on were Peters un-masking and the return of Harry Osborne. You see, in the new reality it turns out Peter still revealed he is Spiderman, but Dr. Strange, Iron man, and Mr. Fantastic did a global mind wipe to make everyone forget. Harry's fate was changed, with his father Norman letting everyone think he was dead while he hid Harry in Europe. These were all still very large changes to the Spider-verse and is still considered a soft reboot due to its lack of changing anything except for the fact that Peter and his supporting cast's lives.

As we discussed last week, there are many differing sizes to a reboot, from character-specific (Spiderman, Hal Jordan) to multi-versal re-launches. Now, I know there are several definitions of the term "reboot,” but obviously, with this topic, we shall be going with the one that falls hand-in-hand with comics: to change an established continuity for the goal of re-invigorating the character(s) and/or environment. Reboots are largely done to give new readers a fresh starting point, while enticing veteran readers with new stories. The degree of success ultimately depends on the writer, publisher, artist, and of course, you the reader. Now, after the last episode I went back and did some more digging on a few topics I mentioned. I stumbled across a few discrepancies and do apologize for the mistakes. Know that I am not perfect, but I love to learn, and if my information is off or not totally up to date, I will always make the time to go back and correct myself. 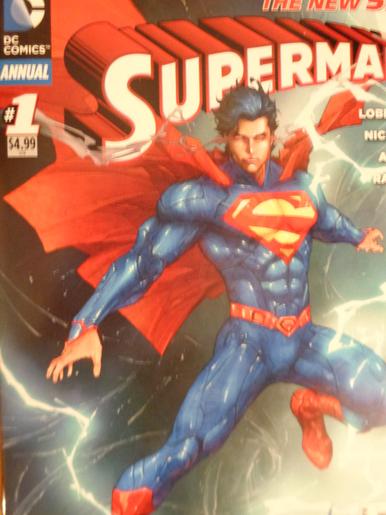 Hello again everyone, and welcome to The Next Issue. I’m your host, The Power Trip, and today we are continuing our topic from last week, “To Reboot or Not.” As I am new to this whole web series thing, I have learned that when I do topics like this, I do not always have the time I feel I do to properly discuss all of the material. Thus, this particular volume of my show will be a tad larger in order to properly cover all the material. So, I welcome you to our first double-sized “annual!”