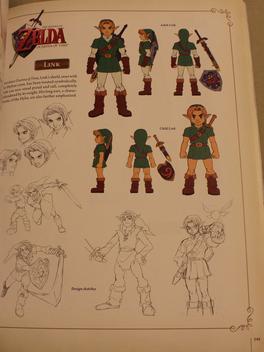 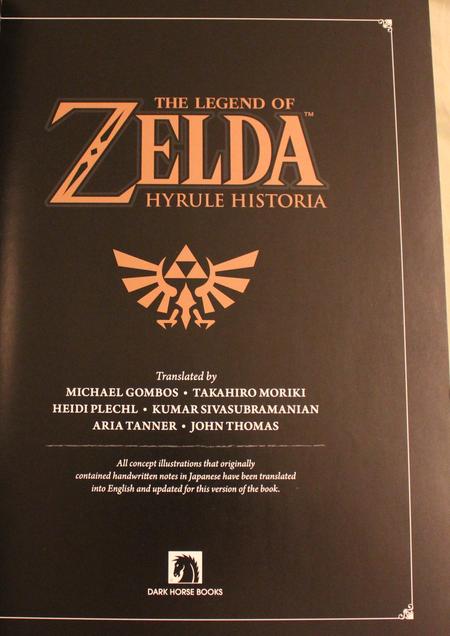 So, three cheers for your Willy or John Thomas.
Hooray for your one-eyed trouser snake,
Your piece of pork, your wife's best friend… 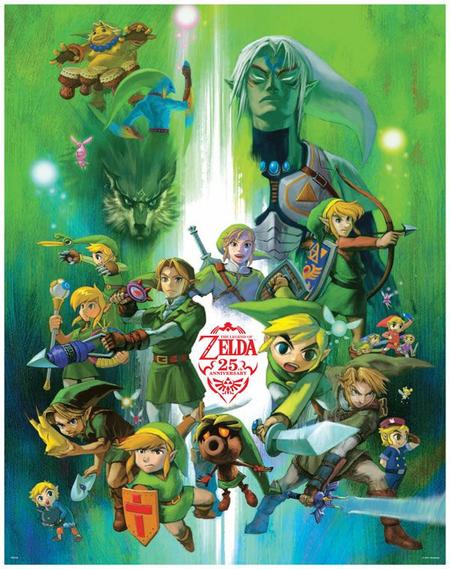 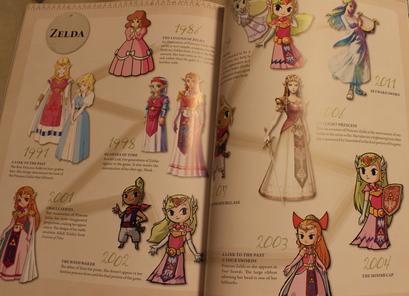 I’m not going to go super in-depth on this for now.  That will have to wait for another TIME.  Was that a hint…?  Even I don’t know!  Anyway, the first major piece of the chronology is known as The Legend of the Goddesses and the Hero.  This is the segment of the timeline that all the different branches draw from.  In order, this includes Skyward Sword, The Minish Cap, Four Swords, and Ocarina of Time.  There are two major points worth mentioning in this broad overview.  First, these are the games before Ganondorf became the big bad of the series.  Second, this chain of events predates Hyrule itself and over the course of these games, we watch it come into being as we know and love it.

Ocarina of Time is a profoundly important moment in the history of the Zelda series, both in terms of story as well as public reception as a whole.  As such, it is the linchpin that all the other events hinge on.  Let’s say that, after defeating Ganondorf, Link decides to remain an adult and go on his merry way.  This period is known as The Hero of Winds and a New World.  The games in this path are The Wind Waker, Phantom Hourglass, and Spirit Tracks, respectively.  Notice that they are all portable games.  The thread that binds these games together contains an important lesson for us in the real world.  Once Link leaves, over time, the tales regaling his heroic exploits slowly become less and less important to the point of his deeds being forgotten altogether.  As the cultural rot worsens (think ancient Rome…  or perhaps, the current United States), Ganondorf is resurrected.  The people cry out for a hero in vain.  So they pray to the gods, who decide the only option is to seal the evil away in a global flood, not unlike Noah in the Bible or the Epic of Gilgamesh.  This timeline sees the utter destruction of Hyrule, then rebuilding it in a suitable, new location.

The Legend of Zelda:  Hyrule Historia is produced by Dark Horse comics.  That sounds like it belongs in the realm of The Power Trip, but since he’s MIA and this is clearly video game swag, I’ll take the wheel.  I’d be willing to let Jesus take the wheel, but I don’t think he’s all that into video games.

So, is Hyrule Historia worth it?  If you have even the slightest inkling you might enjoy a Zelda game, then yes, you must get your hands on the Zelda Bible!  It exists in many forms, with multiple different hardback versions, multiple different paperback versions, and even a digital copy, so there’s sure to be one out there for you somewhere, no matter how you prefer your content or price point.  It’s not perfect.  It’s a little imbalanced in how many pages are devoted to each game, for example, and it is clearly used as a promotional material for Skyward Sword, which gets the lion’s share of the book’s attention, but no matter your preference of Zelda games, you’re sure to find some great info contained in these highly sought pages.

Finally, we come to the included manga.  This is the last part of the book because it’s also the first part of the book…  depending on your perspective.  I’m probably preaching to the choir here, but just in case I’m not, manga is read right to left, so if you open Hyrule Historia from the back, you’re actually starting at the first page of the manga.  The book even contains (hilariously) detailed instructions on how to read manga for the uninitiated.  Anyway, I really like the art style and I want them to use it as the art design for a future Zelda title!  The story comes from Skyward Sword and the book claims it to be canon, forcing players and readers to reconcile a few details, but nothing too major.  It’s a worthy addition and it reminded me of the Nintendo Power Zelda comics from 1992, though more because of the idea behind it than the art style.

There’s a lot of really cool information in here that long time fans of the series *cough cough* have been salivating to get a hold of for a long time.  Hyrule Historia is one of many pieces of awesome swag to commemorate the 25th Anniversary of The Legend of Zelda (JP).  And do you remember what else debuted during Zelda’s Silver Anniversary?  That’s right! The Legend of Zelda:  Skyward Sword!

This David Bowie looking dude makes for a great villain! 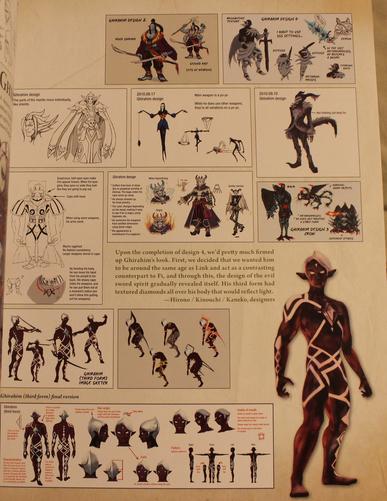 And that’s the perfect segway to the next section of the book:  the timeline.  This has been an oft debated topic among Zelda fans literally for decades!  This is probably the primary impetus to purchase the book for most people.  It is important to point out that the debate still rages on and will only get more convoluted as future Zelda games squeeze into various points of the timeline.  For that matter, the book itself even hedges that this may not be 100% correct.  Nevertheless, it’s interesting, especially in how it divides the entire series canon into 4 main epochs.

The Girahims that never were.  Most of them, anyway...

So we’ve seen some possible outcomes of Link saving the day during Ocarina, but what if, horror of horrors, Link dies in battle and Ganondorf is victorious?  Press F to pay respects.  First of all, props to Nintendo for having the fortitude to continue the Zelda story despite offing such an important and beloved character!  That takes guts and Ninty deserves recognition for it, especially considering the “kiddy” image Nintendo has!  I should point out that this phase is my favorite of the lot, both in terms of story and gameplay.  Check out this fantastic lineup of gaming greats:  A Link to the Past, (I’m assuming a Link Between Worlds, even though it came out after Hyrule Historia, it is clearly a direct sequel to LttP), Oracle of Ages, Oracle of Seasons, Link’s Awakening, The Legend of Zelda, and The Adventure of Link.  This timeline deals primarily with the gradual weakening of the bloodline of the Hylians.  It’s adds a real sense of desperation and makes the player feel even more special, and the effect actually intensifies as a result of reading this tome!  For example, it’s easy to dismiss your uncle's easy demise in a Link to the Past, but he is your uncle.  That means he is one of a select few to still possess the sacred blood.  His defeat not only further bottlenecks the important genes, but it also makes your enemies all the more menacing.  Kudos to you, Nintendo, for somehow making me appreciate one of my favorite games of all time more than I ever thought possible, decades after you published it.  I honestly didn’t think that was possible, but with this book, you proved otherwise! 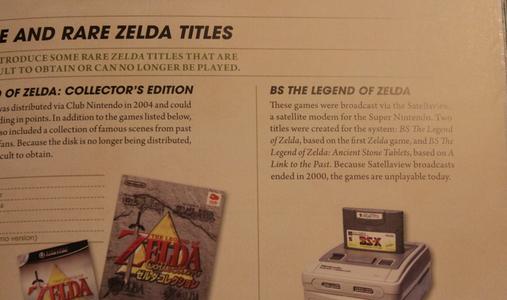 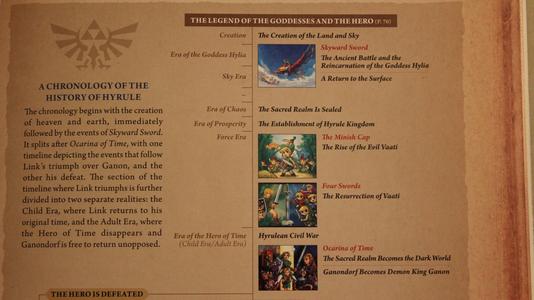 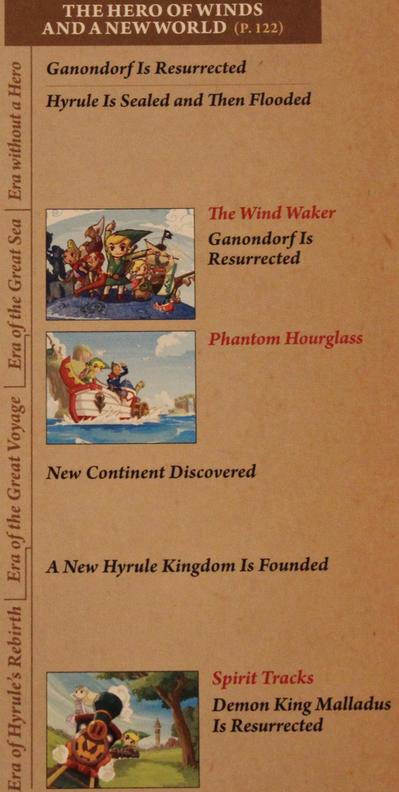 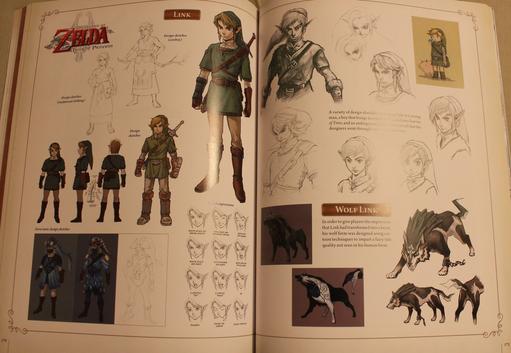 That’s actually the first major chunk of the book.  It has everything you ever wanted to know about Skyward Sword.  You get an incredibly detailed look at how the characters, major and minor, took shape over time and over many different revisions.  For example, Fi’s entire design is centered around a Master Sword motif.  You get an inside peek at many discarded incarnations of characters as well, sometimes even more than 10 for a single character!  And these unused versions are complete with design notes so you can envision what their animations would’ve been like.  It’s a rare insight into the creative process of crafting video games made all the more special because this is a series so loved by so many.

Welcome back to Zero Sum Gaming, here at The Culture Cache!  We just received a fantastic donation from Patreon donor, Jenni B.  She sent us the Hyrule Historia!  I’ve wanted one of these for a while now!  How did you know?  We’ve got a lot of ground to cover, so let’s get right to it. 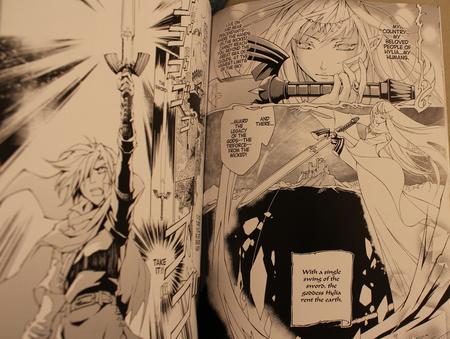 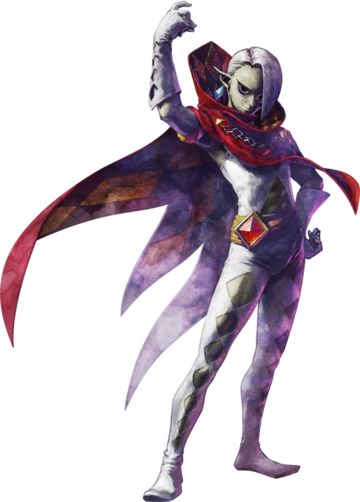 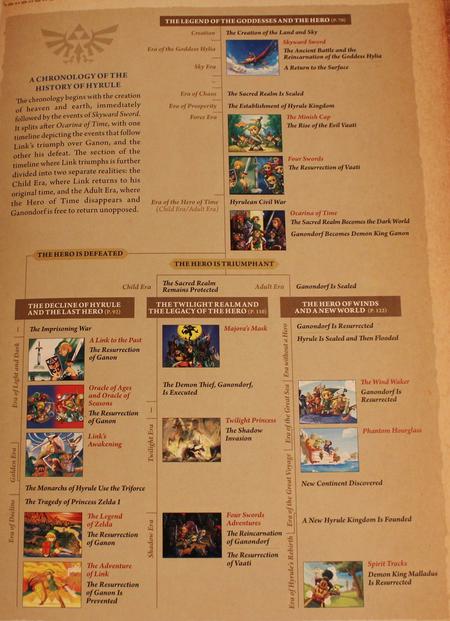 The bulk of the book is comprised of concept art from the entire series.  It is great fun to see how such famous characters have grown and evolved over the years.  And, again, production notes abound.  For example, when discussing Link, they specifically note how Japan prefers cute, young, innocent Link, while the rest of the world likes the older, mature, grittier Link (and I happen to agree with this assessment).  This covers character, locations, and items the world over.  If it’s Zelda related, odds are, you’ll find it here.

Actually, I’d be willing to bet that some of the unused character designs will show up in future Zelda games.  Frankly, some of them are simply too good not to use!  You also get access to similar information regarding the (interconnected…ish) areas of the game and some enemies and objects.  There’s a special emphasis on connecting certain areas, items, etc. to other entries in the series.  To an extent, this is always true in Zelda games.  But there’s an extra special reason for it this time around.  Skyward Sword is the first chronological game in the Zelda series (at least for now). 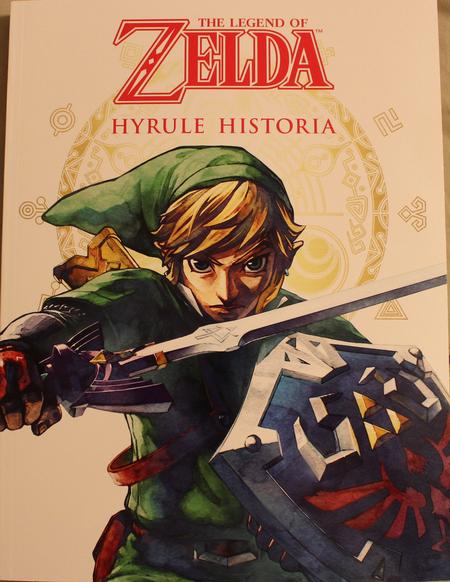 Suppose, instead, that Link, after defeating Ganondorf in Ocarina of Time, reverted to his childhood state and warned Zelda of the dangers Ganondorf poses.  Aside from the paradoxical time loop, Zelda then sends Link away with the Ocarina of Time, thus preventing ‘Dorf from ever entering the Sacred Realm.  Of course, if he never went to the Sacred Realm, the events of Ocarina never happened, including Link warning Zelda to get us to this timeline in the first place…  But I digress.  This is known as The Twilight Realm and the Legacy of the Hero.  As a whole, it’s probably the overall happiest possible outcome, even if it includes the most surprisingly depressing Zelda game, Majora’s Mask.  It also contains Twilight Princess and Four Swords Adventures.  Consider that Twilight Princess has a highly advanced technological society in its own past, proof of the prosperity of this timeline.

I'll tell you what's BS about that Zelda title...  There's no way to (officially) play it!  You have a Virtual Console!  Get on it, Nintendo! 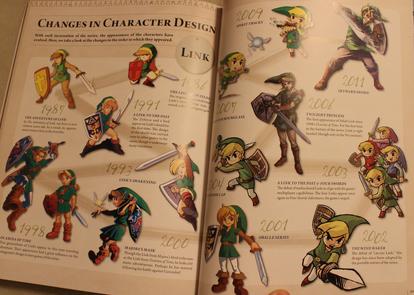 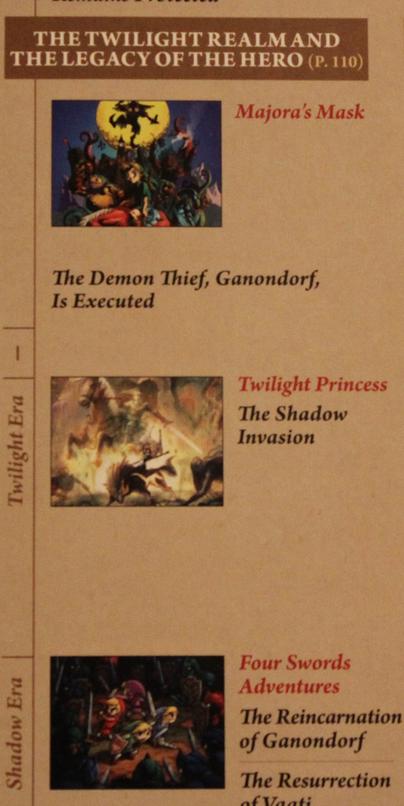