It was an inspiration to see someone with a healthy career under his belt take a risk with his art and his public identity, and to do so with such a level of humility. It is a lesson to all of us; it’s never too late to try something new. 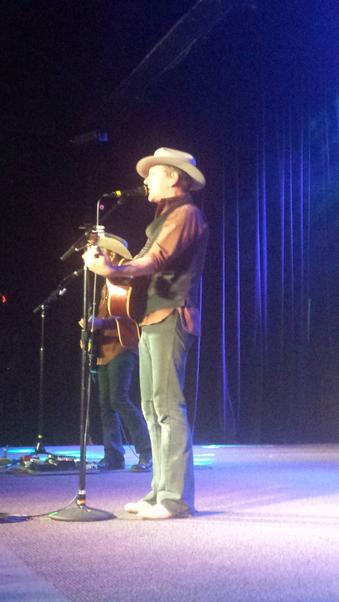 Did you spot Kiefer's cameo in this video?

This incident, on the other hand… 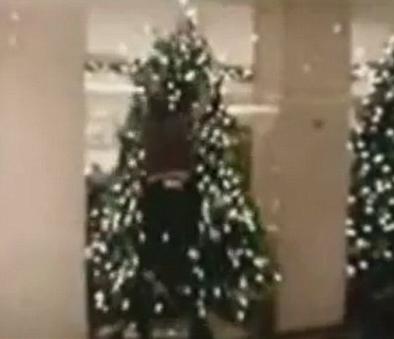 The show opened with technical difficulties. Kiefer’s mic didn’t work, but he performed as if it did. Shortly before the encore, he referenced this, stating that he “owed us a song,” and played the song again so we could hear it. His music was rock with some country tinges—mostly about loss and/or booze. Kiefer’s relationship with alcohol is no secret, and he doesn’t hide from it, either. In fact, there were quite a few things he faced head-on with his lyrics. Many of the songs had an unexpectedly dark, worldly tone, but it worked for him.  If anything, it validated him as a fan of deeply-rooted country-rock and folk. Hell, he covered Tom Petty and Gordon Lightfoot.

Earlier this month, I saw Jack Bauer singing and playing guitar. In a cowboy hat.

In case you are wondering—yes, someone mentioned 24. After the first song, a man exclaimed that it was the best show ever. Kiefer simply smiled, thank him, and said it was one of the best times of his life.

I’m serious. Well, it was Kiefer Sutherland, the man who played Jack Bauer, but it was just as surreal as one would expect it to be, with a few extra surprises. 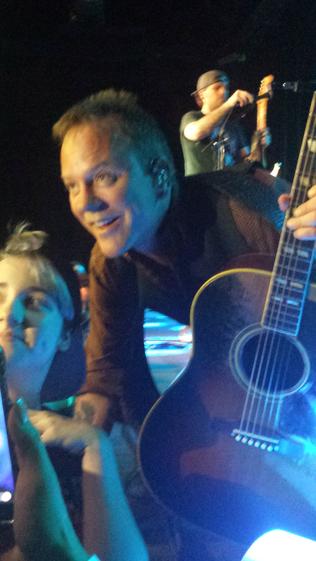 The show was barely advertised. He played at a tiny bar usually reserved for small or local acts (often of the metal or hip-hop persuasion). I learned about it via a Facebook event, and pre-sale tickets were only seventeen dollars. When we entered the venue, it was a rather subdued atmosphere. At full capacity, there were barely 100 people in attendance.

I’m looking at you, Billy Bob.

Luckily, Kiefer did not create any of these scenarios. He was not the best musician I have ever heard, but he was far, far from the worst. While you could call out the kitsch of the cowboy hat (which he wore for all of three minutes), it was clear he was not wearing it in a phony or ironic way. Finally, while he was not overly effusive regarding his primary career choices, he didn’t avoid invoking them, either.

Before Kiefer took the stage, I crept up to the edge with several other folks (which was easy to do, since we managed to get seats in the front row). Based on his public image, I fully expected to be summoned away from the stage by bouncers, but that never happened. I found myself a few feet from him.

Kiefer once stated in an interview that he had been held at gunpoint twice and still found performing music onstage more frightening. His stage presence belied this, and it was most likely a benefit of his experience with performance onscreen. He was confident, yet so, so surprisingly humble. At one point, he thanked the audience for taking a chance on his show. “I know it is a huge ask for you to come out and listen to songs you’ve never heard before. I just want to let you know how much I appreciate it.” He said this with no shred of arrogance—just pure, humble gratitude. You never see someone with that level of fame play in a small venue, basically asking for the trust of the fans as he tries something new as an artist.

There are a minimum of three nightmare scenarios one braces for when a movie star starts talking about becoming a musician. Scenario A: They are awful. You love them onscreen, but they make your ears bleed.  Scenario B: They try way too hard to create a new persona, and you eventually just pity them. Finally, Scenario C: They are complete assholes about it. They storm out of interviews and / or throw tantrums when you mention the career for which they are actually recognized.

In chatting with other audience members before the show, I learned that there were, in fact, people who were there for Kiefer’s music. Sure, there was more to it than that; he is one with his Hollywood persona. That said, there were folks there in t-shirts from previous shows on the tour. The lady next to us pulled up his Twitter on her phone and talked about the stuffed rabbit he took with him on tour (and which he photographed in comedic, compromising positions involving booze). 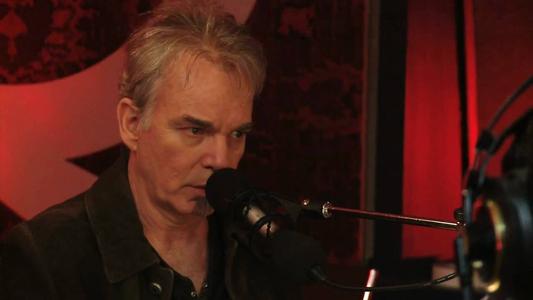 His interactions with the crowd were surprising as well. For a concert that was headlined by a Hollywood A-lister, it was one of the most intimate shows I have ever been to. Near the beginning of the show, a teenage girl next to us held up a sign asking Kiefer for a “birthday picture.” I was close enough to see him spot the sign, read it, smile, and gently nod at her in the middle of a song. He leaned over and granted her wish as soon as the song was over, but not before asking the crowd’s permission to “step away for a minute” to “speak to (this) young lady.”

Kiefer in a Cowboy Hat: The Night Jack Bauer Sang and the Terrorists Lost 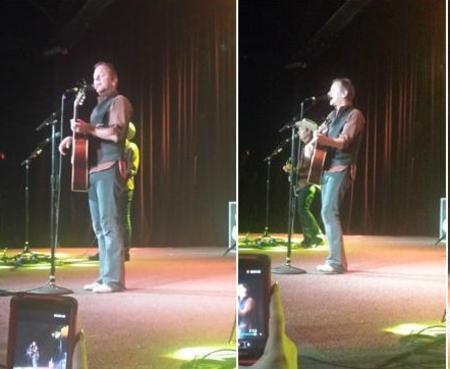 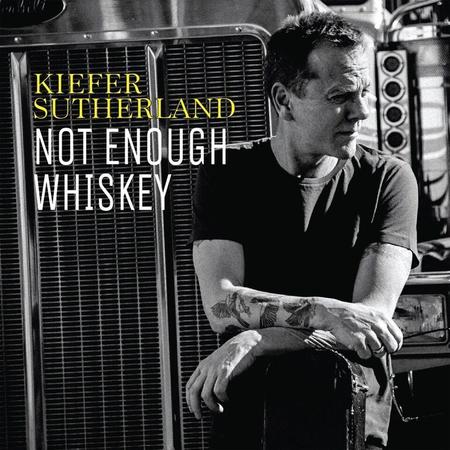