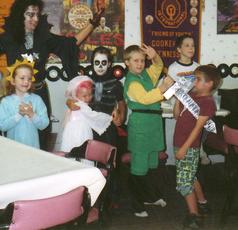 Nothing says "The Hero of Time" like stabbing random children! 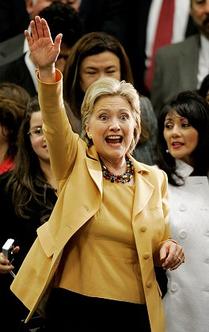 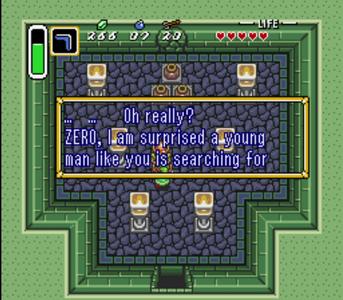 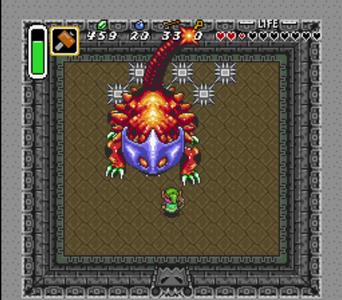 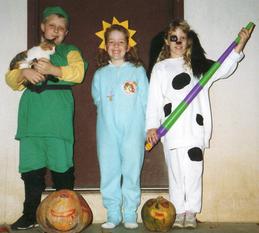 I firmly believe that you can classify all people into one of two groups.  There are those who have heard of The Legend of Zelda.  Then there are those stuck on a deserted island, no phone, no lights, no motor car, not a single luxury.  Like Robinson Crusoe, it’s primitive as can be.  The fact that you’re able to read this article at all is proof that you’re connected to this crazy, international string connecting tin cans known as the Internet, so I can safely assume you’ve heard of Zelda, and I will proceed with that in mind.  As such, you’ve probably already figured out, whether in the games or online, that Link is a silent protagonist.  Every few years, Link manages to save Hyrule.  He may have an awesome assortment of toys, but he never utters a word.  If Link ever was to say something, it’d certainly be profound, right?  Strength,  bravery, cunning, and intellect, Link has it all.  And he’s a mute. 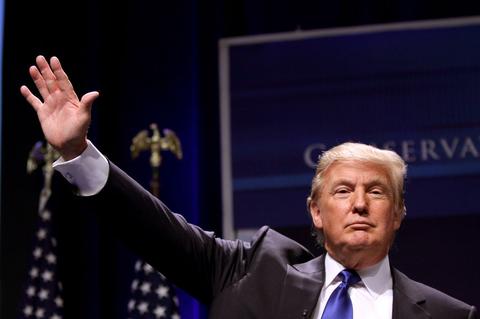 Now, imagine that everyone who just missed the metaphor carries on like nothing happened, perhaps even taking the figurative language literally (please don’t misuse the word “literally,” by the way).  All of the sudden, Crooked Hillary and The Oompa Loompa just lost the World Series, and Bernie Sanders and Ted Cruz are screaming from the bullpen.  This goes on unchecked long enough until it’s eventually accepted as common knowledge.  If only these idiots were merely losing a baseball game... 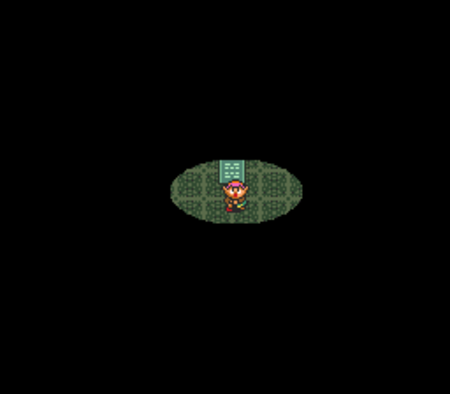 Geez!  At least try to hide your Nazi proclivities a little, guys…

So go back and play your favorite Zelda game with this knowledge and it’ll only further your enjoyment of it.  Or at the very least, it’ll give you something to do.  You know, other than watching the world burn once Hillary Bot or Drumpf takes office.  I guess you could call that strike 45…

Maybe I should be silent about this picture... 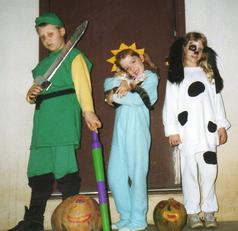 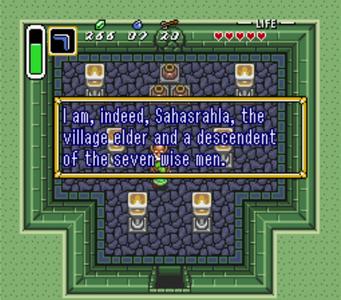 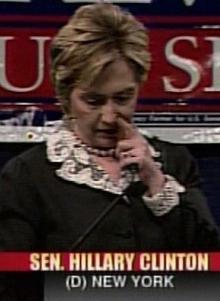 For that matter, Link clearly and audibly prays in order to clear the path blocking the second Light World dungeon.  Oops.  I mean he “wishes.”  You know Nintendo...  Any reference to religion must be scrubbed with extreme prejudice!  If I knew that Link was actually PRAYING (a completely fictional prayer, in a completely fictional language, no less…), it might huwt my pwecious wittwe fee-fees, and we just can’t have that!  If you need me, I’ll be in my college approved safe space because nothing says “the free and open expression of ideas” better than never having to hear (perceived) offensive ones!  </rant> 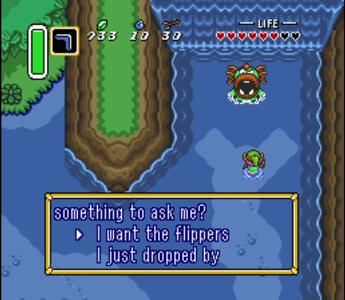 Check out this 100% No Death Longplay of Zelda III.  Oh, and if you need a walkthrough, you can use this as one if you like. 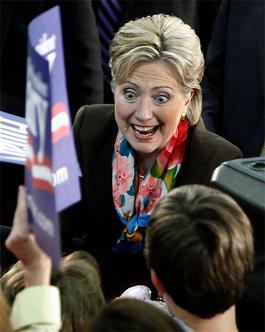 I promise I’m going somewhere with this!  You see, I recently received a donation.  Kris from Nashville, TN sent The Legend of Zelda:  A Link to the Past.  This is a game (and even a series) that uses its language, and sometimes the lack thereof, to convey extended symbolism.  Oh, and it’s one of the single best games of all time, so there’s that! 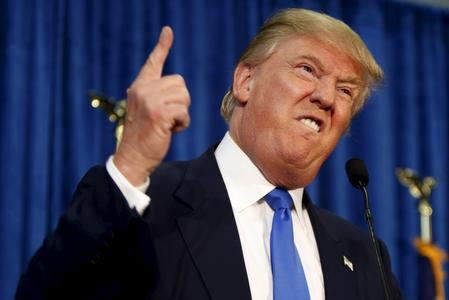 Whatever you do, DON'T call this a prayer!

Ok.  Now let's focus more on the game itself. 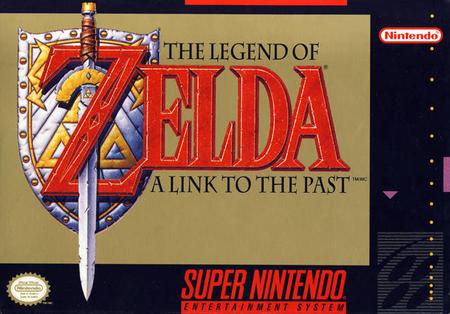 You have no idea how mad 10-year-old me got at everybody when they thought I was Peter Pan.

Let’s get back to Zelda.  In order to fully understand how this works, you have to know that Link was envisioned as an avatar for series creator and legendary game designer, Shigeru Miyamoto.  It’s why Link is left-handed.  But shortly thereafter, Link’s role was expanded to that of an avatar for the PLAYER.  You are Link.  Link is you.  So what is Link really saying during those examples above?  Easy!  Link says whatever you want him to say.  It ties back to Shiggy using Link as himself, and projecting that “selfness” onto all players of the game.  When you’re tasked with saving the 7 missing maidens in order to defeat Ganon, you can respond any way you want.  “Of course, my liege.  Indeed, a task of such paramount importance could only be undertaken by the Hylian Knight of Legend.”  Or maybe you like, “Yeah, whatever, toots.  You and those other broads do your thing while I go take care of sir Fart Butt.”  Frankly, if you will it, your response could simply be, “Derp,” to everything.

And the next line is this.  Notice the clear response.

Tell me if this has ever happened to you.  You’re with a group of your friends and somebody uses an incredibly obvious metaphor.  I’m talking ridiculously obvious here.  You know, something like using 3 strikes from baseball to describe 3 missed opportunities, such as the 3 Presidential debates we were just subjected to…  It’s SO apparent, it really doesn’t need an explanation, right?  But, somehow, you’re the ONLY ONE WHO GETS IT!  This plain-as-the-nose-on-your-face metaphor just flew over all of their heads.

This literally just happened to me about a week ago.  I was having a conversation with a friend of mine and I used the phrase, “government bean counters.”  She took the comment literally and questioned why a group of people was actually counting beans.  What’s worse is that I know she’s rather educated (she has a Masters in International Relations), so her misunderstanding was on purpose.  But either way, not getting a metaphor constitutes a failure on YOUR part. 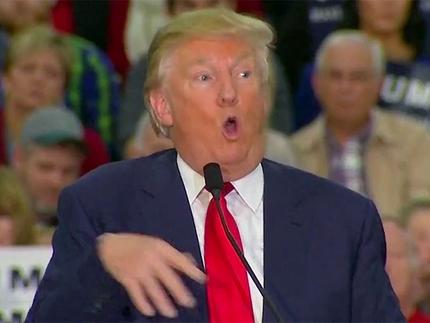 More importantly, there are lots of times where characters clearly REACT to Link as if he said something.  This means he DID say something!  These moments are different than choosing one of two prefabricated (and, honestly, meaningless) responses.  It means an indeterminate amount of time (and words) passed in between the speaker’s lines of dialogue.  Yes, dialogue.  We have multiple speakers in these instances. 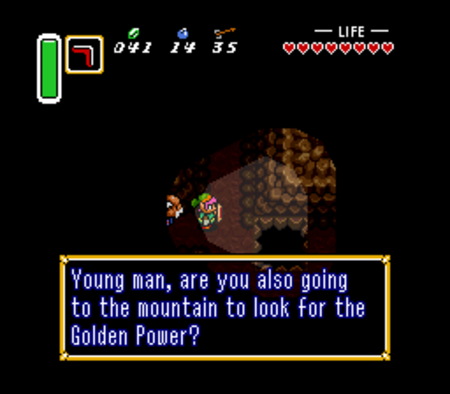 Except he’s not.  You clearly respond to things on occasion.  At multiple points in the game, characters ask Link questions and you get to respond to them.  While they’re mostly false choices that have no bearing on the game whatsoever, it means that Link isn’t actually silent after all!