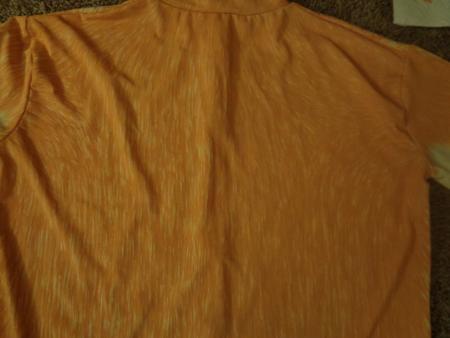 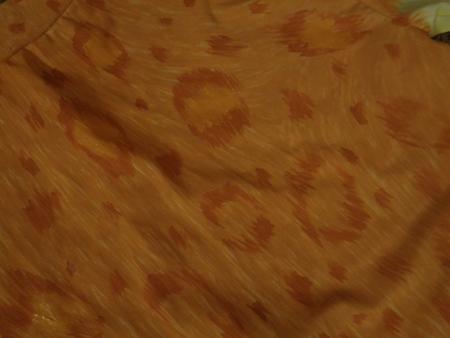 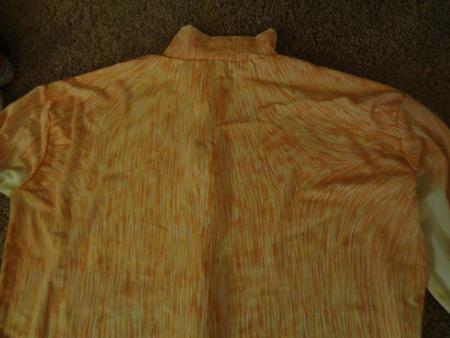 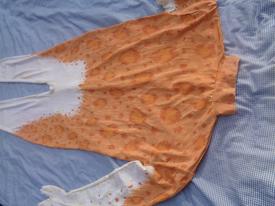 Now, this particular character doesn’t have any pure white parts. The bib, arms and legs are an off-white, yellowish cream. So, I mixed up a very light color, diluted it so it would blend in, and covered the entire unitard with a fur texture. This took the longest out of anything since it was covering the entire unitard, and difficult to see. 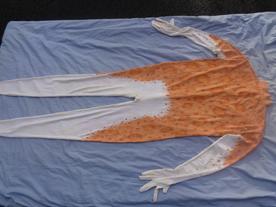 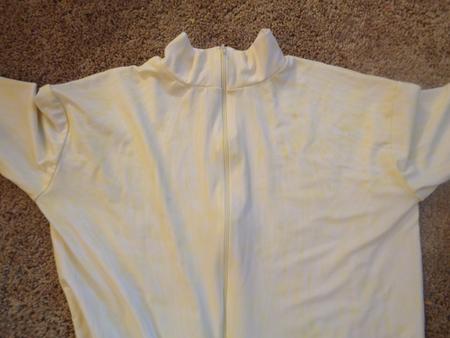 As you can see, the orange looks very meh, In my early days, I probably would have thought this looked perfectly fine and continued on with the details, but oh no. No, it does not. This unitard is much less stylized and meant to look more like fur, and this just won’t work at all. The color ended up dark, so I mixed the next batch lighter for the second layer, to get some real depth and bring the color up. 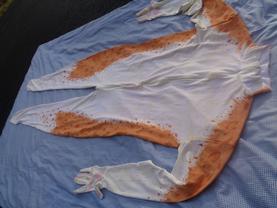 Hello everyone! So, unitard painting is something I’ve touched on a few times now. It’s one of the things that got me started on this crazy costume journey, and I still adore it. One of the biggest mistakes I see newbie unitard painters engage in? Lack of layering!

Now, I’m no expert, and I’m by no means the absolute best at painting, but I do know the mistakes I made. When I would paint, I would have layers, but in a very blocky, confused, I don’t know what I’m doing sort of way. Over time I learned that layers help create a very rich look! I recently had a commission that’s a great example.

On the left of this picture you can see the unitard with two layers, the darker and lighter. I could have stopped at two and it would have looked okay, but the color was still a smidge dark and more depth is always better! So I mixed up a lighter batch with a slightly less orange tone and went over the left side with that. By the end of it you’re left with very little white showing, and a very rich orange texture. Texture is the big key here. 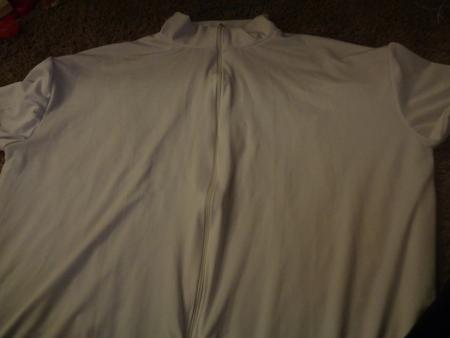 And now spots! I love spots, this was a big part in me wanting to take this commission on! I was super excited at the leopard concept and loved bringing it to life. This was the most simple and fun part of the paint for me. There were two shades, one dark for the main spot colour, and one light for the inner spots on the big ones. The end result...

We started off with a white unitard that I did not get a good photo of. Typically the zipper would be in the back, but the customer wanted a front zipper for their personal comfort of getting out of the costume. I find it easiest to start with a white unitard, although using a different coloured base can also enrich the final effect of the paint. I’ve done both, but for characters with a lot of white it’s easiest to just start there.

From here, I started on the orange parts. I tried to mix a nice lighter orange for the character’s base, but orange is horribly deceiving! It dries much, much darker than it looks, and I forgot that when I started. All colors will be darker dried than when wet, but orange seems to be the worst culprit. I have done work for this particular costumer in the past for a different orange character, but I had completely forgotten how frustrating orange could be!

I adored this project, and how rich the colours are by the end of it. Compare the finished pictures to the first layer of orange and the importance of layering is so incredibly clear! Now go out and paint something vibrant and wonderful!