MAD LOVE: Why is Harley Quinn Our Girl?

Even if the film adaptation of Suicide Squad has managed to become one of the most polarizing movies of the year so far (which is exactly what happens when a project is engorged with hype too soon), we have to talk about Harley Quinn. The manic-pixie dream girl of comic lore has made her big-screen debut in the form of Margot Robbie, and cap-sleeved t-shirts, shorty-shorts, and blue/pink hair dye will likely be flying off the shelves this Halloween. How did Joker’s girlfriend become such an icon? Why is the world in mad love with Harley?

So why is Harley such a draw? There is a reason she has been the centerpiece of nearly every piece of marketing for the Suicide Squad film (shut up, Jared Leto. We’re not amused).  Perhaps it is her combination of lethal criminal and cute floozy. Maybe it’s because she seems to be having so much FUN, even whilst doing terrible things. The latter has certainly been what has attracted generations to the Joker, making her an ideal counterpart. Personally, I love her for all of these reasons, but most of all, I am fascinated by her evolution as a character. She has managed to take a position of weakness and turn it into something that, while still unsettling, shows autonomy and fortitude. Harley is wild and goofy, but also very dangerous. No matter where she appears, you’re in for surprises, puddin’. 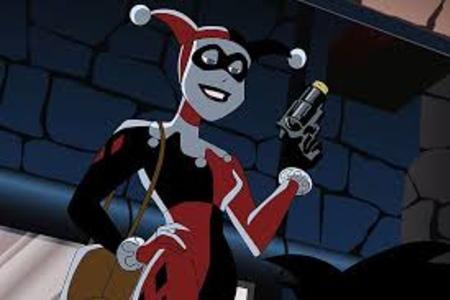 Harley’s real name is Harleen Quinzell. She's a psychiatrist who falls in love with the Joker whilst treating him at Arkham. A creation of Paul Dini and Bruce Timm, Harley debuted on Batman: The Animated Series in September 1992 as a gangster moll/floozy for the Joker, and she was intended as a one-off character whose purpose was, essentially, to jump out of a cake and kill people. Her look and personality were inspired by, oddly enough, a dream sequence on the soap opera Days of Our Lives in which actress Arleen Sorkin appeared as a jester. Fittingly, Sorkin provided Harley with her signature sassy, Jersey accented-voice on the show. Response to her character was so mixed that she was almost cut from the series completely. Instead, she found new life in the comics, inverting the traditional pattern of a comic book character appearing on the screen.

Harley’s first comic book appearance was in Mad Love (1994), which explored her origin story. She was officially introduced into the Batman canon, even receiving her own self-titled graphic novel in 1997. While her Animated Series character was mostly goofy and quirky, her comic book version is darker and a tad more sinister. Like the Joker, she is more impulsive and violent, though displaying occasional moments of mild compassion .It’s perplexing how a character whose origin and appearances are classically predicated on an abusive romance with a psychopath has evolved into an erstwhile feminist icon in some ways. Harley actually manages to sever ties with the Joker in many ways and has become a solo focus of several stories. 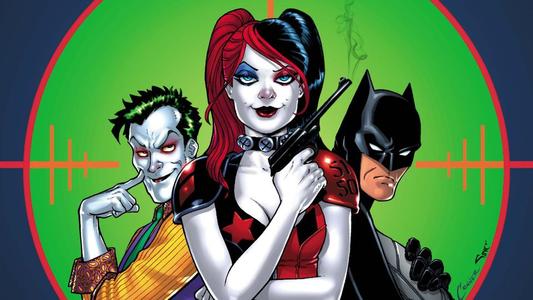 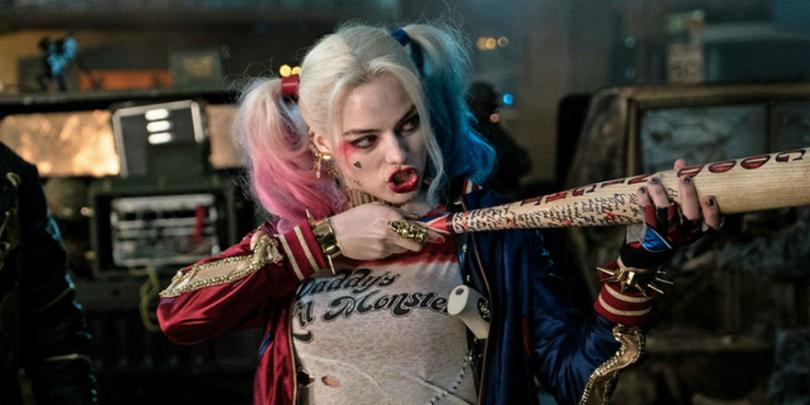 Onscreen, Harley has been portrayed by only a few actresses, mainly in voice alone. Animated appearances include The Batman (voiced by Hynden Walch) and Batman: The Brave and the Bold (voiced by Meghan Strange). Aside from Sorkin, her most-celebrated voice actress is likely Tara Strong, who has voiced Harley in several video games (including the highly-popular Arkham series) and countless other animated projects. Prior to Suicide Squad, she only appeared in a couple of live-action projects—the short-lived TV series Birds of Prey (portrayed by Ferris Bueller’s girlfriend, Mia Sara) and Arrow (physically portrayed by Cassidy Alexa, yet voice, once again, by the amazing Tara Strong).

This picture is EVERYTHING. 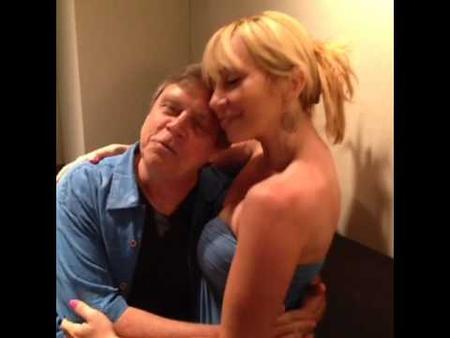 And now, the Battle of the Jokers!

Harley’s look has evolved quite a bit since the commedia dell’arte harlequin getup of her inception. She has worn everything from a black and red corset to a ballgown, and her most recent look in Suicide Squad (a ragged raglan top bearing the label “Daddy’s Lil Monster,” booty shorts, and a shiny bomber jacket) is swiftly becoming a staple. She was originally portrayed with blonde pigtails under her cap, and while the pigtails have remained, they have varied in color (usually black and red or, in Suicide Squad, blue and pink).