Turns out Lays has a “Tomix” flavour.

My build focus is towards the War Wizard suggestion put forth in the base Player's Handbook.  The spells it suggests lean toward a more damage focused build, which fits in with the character that is being built.  There are 3 different types of spells.  At-Will (can be cast any number of times), Encounter (once per combat encounter), and Daily (once per in-game day).  The suggested At-Wills are Magic Missile and Scorching Burst, both of which I agree with.  Magic Missile is a basic damaging ability. It has the benefit of a long rage (20 squares), and can actually substitute as a Basic Attack, which can be granted under various combat situations.  Scorching Burst is an Area-Of-Effect damaging ability able to damage a grouped-up number of enemies.  As a starting character, I think it is good to have a good single-target ability and an AOE ability.

Time for the bread and butter....  Spells.  What fun is it to be a F*****g Wizard without knowing some awesome spells?  About as good as <SEE ABOVE TOMIX.  CUT IT OUT.>

To continue the character creation process, some boring math has to be done to figure out defenses (boooooooooooooooooooored), and spells and skills have to be selected.  Since math is boring, I'll just concentrate on spells and selected skills for the purposes of the Tomix flavour.

For Encounter and Daily Powers, it suggests Burning Hands and Acid Arrow.  Both of these I am going to replace.  For Encounter, I am taking Ray of Enfeeblement.  It deals necrotic damage as well as “weakens” the target until the end of the next turn.  Damage + status effects = Happy Tomix.  As a Daily spell, I'm taking Flaming Sphere.  This creates a literal movable ball of fire that will damage any enemies next to it.  Good times, man.  Good times.

Your race and class choices also modify your base stats, and these choices can start your character leaning towards his particular build.  For example, I've assigned my own stats and bonuses:

For the Wizard class, characters start out knowing Arcana as a skill.  Thank <insert your deity here>.  A Wizard that doesn't know anything arcana is like a politician that doesn't know <THE REST OF THE PARAGRAPH WAS REMOVED.  WWW.THECULTURECACHE.COM DOES NOT PROMOTE OR ENDORDSE ANARCHY, THE OVERTHROW OF GOVERNMENT, OR ANY SERIOUS COMMENT THAT BEGINS “THE FIRST AGAINST THE WALL.”  PLEASE, TOMIX, STAY ON TOPIC.  -MANAGEMENT>

One of the final things I will pick at this time for my character is a Feat.  All characters start with 1 Feat (except Humans, who start with 2).  For Tomix, I'm using a Feat out of the Arcane Powers book:  Magic of the Mists.  This is a gnome and arcane only talent that allows a gnome to make an attack while stealthed using the gnome's Fade Away ability.  This will allow me to once-per-encounter to fade out of combat, possibly re-position myself, and make an arcane (magic missile!) attack without breaking stealth.  Pretty damn “boss” if you ask me.

From a limited list, I am able to choose 3 more trained skills at character creation.  This bonus gives extra points to any skill check rolls that fall under that category.  For example, Tomix is a F*****g wizard.  During a dungeon delve, the group finds a book of spells.  Since Tomix is the self-proclaimed “F*****g Wizard,” he inspects it.  He makes an Intelligence modifier roll + a bonus for having the Arcana Skill.  All trained skills provide a +5 bonus to those skill check rolls.  A +8 bonus to a roll is nothing to sneeze at.  For the purposes of characterization, Tomix is trained in Arcana, Diplomacy, History, and Religion. 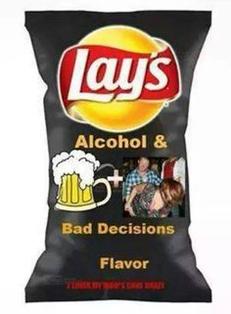 There is still plenty more work to do before “Tomix The F*****g Wizard” is ready to go on his first adventure.  Lucky for you, most of the additional work is basic math, and I'll always spare you all from boring numbers.  In the next several days, I'll finish all the minutia of character creation, and see if F*****g “Management” may post something close to a finished character sheet as bonus content.  But, if it doesn't appear before next week, it's just as safe to blame Heroes of the Storm or Overwatch for it not appearing.  I'll always be honest with you guys.  It will most likely be because of Heroes or Overwatch.  Speaking of, if you play either, add me on B-net.  TomixFitz#1423.  I suck at both, but damn do I have fun....

@tomixfitz was ok with WWE's Money In The Bank.  He is also perpetually in Blizzard's Battle.Net launcher.  If you want fun and casual Heroes or Overwatch time, hit him up.  Or tweet him for sarcastic answers to questions. 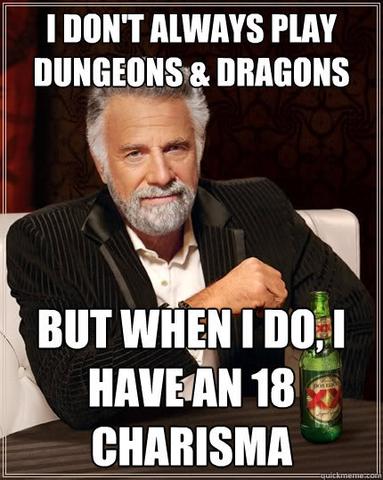 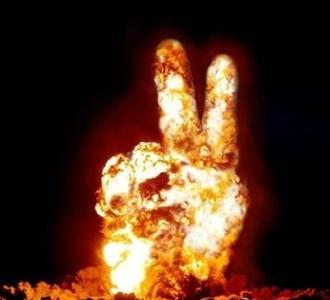 For review, I have decided that “Tomix The F*****g Wizard!” will be a Gnome.  With the race and class picked and stats rolled up, I need to assign them to the possible categories on the character.  All characters have the following base ability scores:  Strength (how strong you are), Constitution (health and stamina), Dexterity (agility, reflexes, balance, etc), Intelligence (learning and reasoning), Wisdom (common sense, perception, etc), and Charisma.  It is a running joke in a lot of RPGs that Charisma is a “dump stat,” meaning that you would plug your lowest stat total into it, since it is rarely used.  In 4th edition, several classes use Charisma as a base stat for attacks.  So, knowing what your character specializes in and works with is key to building a good character.

MC Chris, I feel you, bro.  I'm not saying that this is my theme song for this upcoming campaign...  but I may have hired a personal bard to accompany me.

Tomix naturally rocks at least a 16.

Keep in mind that there is a difference between ability scores and “ability modifiers.”  In 4th Edition, most actions are resolved through rolling a 20 sided die (d20).  The DM has a difficulty number for an action, the player rolls his d20, and adds the corresponding “ability modifier” to the roll to see if it beats the difficulty set by the DM.  For example, Tomix is doing some F*****g wizarding.  Intelligence is the stat mostly used to solve checks in arcane magic.  Since Tomix has a 17 in Int, his ability modifier is +3.  So, I would roll a d20, and add 3 to the total on the die.  If that matches or beats the difficulty roll, Tomix again gets to brag about how he's the greatest F*****g wizard in the world.

Last week, I showed you the way my Dungeons and Dragons 4th Edition group likes to roll up stats.  What do you do past that step?  Well, I'll show you how I'm making “Tomix The F*****g Wizard!” for use in an upcoming campaign (theculturecache.com spoiler!).