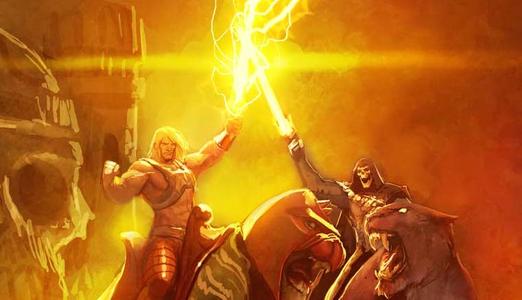 For any of you worried that this warrior of the past may not hold up to today’s standards, fear not! DC has done an amazing job bringing a more adult twist to our hero of yesteryear. By doing so, they have also made this book less accessible to kids as he used to be. There is blood, there is much more violence, even She-Ra is run through at one point, and there is some deep story to be had. One of my personal favorite aspects to this particular arc is one that a lot of fans of the old show probably asked themselves when they were kids. “Why does He-Man turn back to Adam when he can just stay all powerful all the time?” Among many of the great themes this story carries, “absolute power corrupts absolutely” is a pretty big driving force. He-Man, by way of the new sorceress, is shown a future where he and the rebellion triumph over the forces of evil, but only because he has never transformed back to his weaker form, and thus, he becomes corrupt himself over time. This leads to your typical “peaceful but only because I’ve had to make bad decisions for the good of everyone” kind of future and He-Man himself making a decision that would forever change the way he handles his Eternian power.

I’ve read the first half and I am waiting for the second to hit shelves in TPB, but I can tell you from what little I’ve poked into, the second half has some crazy, CRAZY, twists that I did not see coming. This is definitely a must read for any He-Man fan, and for many, DC has made it fun to love He-Man again (also like the same blonde hero mentioned earlier). From amazing battles to multi-versal awesomeness, Eternity war will give any 80‘s fan chills! The art, from cover to final page, is amazing, as is the writing. Do yourself a favor and give this a try. If you find yourself hooked like I am, then do yourself a greater favor and pick up “Masters of the Universe vs DC Universe” and watch He-Man and Superman do battle! Now, if you will excuse me, I have to lift my mighty sword and say my words of power, so until next week when I will see you again for The Next Issue! I am the Power trip and I HAVE THE POOOWWWWWEEERRRRRR!

It seems like an eternity ago that the demigod known as He-Man was such a large part of our childhood and culture. The man also known as Prince Adam fought for several years to take down his arch nemesis, Skeletor, and save all Eternia. But through the years, He-Man has suffered a very similar fate to that of another blonde powerhouse hero, Aquaman. Becoming a joke among later generations, mainly due to his attire, He-Man has become synonymous with cheesy jokes, cheesier attires, and even ungodly cheesy 80‘s style plot devices. Even his revival series/continuation of the original story could not save him from the damage done. Fast foward many years later and hand the reigns over to one of comic books' most recognized and successful companies and all that is beginning to change. 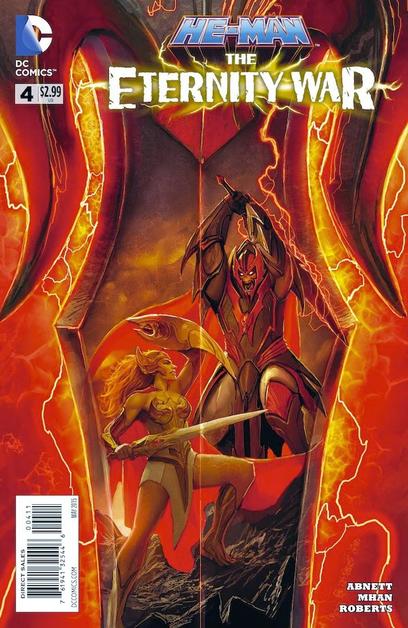 In the hands of DC, He-Man has started to flourish once more. Though DC did take small, safe steps to ensure they were going in the correct direction by giving this Master of the Universe a couple of mini-series and status quo changes before letting He-Man and his crew take on the Justice League itself. All this has led to the current epic story arc, The Eternity War! Beware those who choose to dive into this storyline, as it is not for new readers. Eternity War begins where the previous mini-series and cross overs built and left off. He-Man and She-Ra are in charge of a rebellion to take back the land of light from Hordak's minions. Castle Grayskull has been taken, and our heroes are held up in the domain of an old foe. The book does try to recap to catch readers up, but by the end of the recap you are left feeling like there is just so much you have missed. This can lead some readers to not even bothering trying the series for fear that there is just too much to find. Thankfully, that's what trade paperbacks are for. I, for one, can tell you from reading through the first half of this story line that I am hooked and looking to find previous books and see how it all led to one of my childhood favorites getting torn down the way he has.

The Masters of the (Comic) Universe 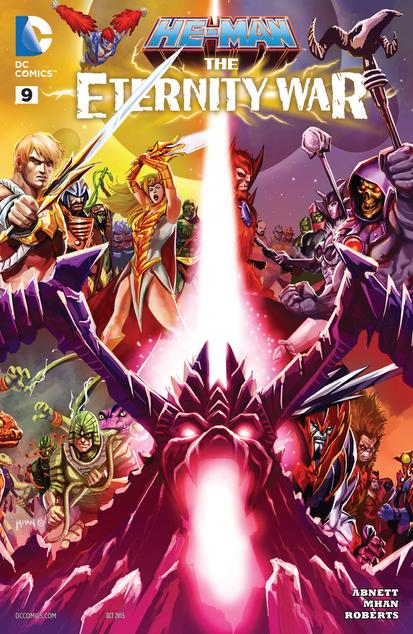