The major drawback to clown white is it’s so thick. It’s like slathering Nutella or something on your face. I don’t know, I don’t eat Nutella, but it looks like that kind of consistency. I personally don’t mind it. A secondary drawback for some may be that this makeup only comes in huge tubs. Even the small size is pretty big. The tub I bought seven years ago was the large size, and I still had it up until not that long ago. So if you won’t use white much it may not all get used. I’ve not really had that problem, myself. There are so many characters to cosplay as that need white makeup.

I hope this was informative for some of you! I’ve yet to use Mehron’s colours so I can’t comment on the entire line, but so far I’ve been pretty happy with both versions of this makeup. So if you’ve been having some trouble with your white coverage lately, never fret, this stuff is amazing!

I personally loved it. It always gave me a nice, smooth white finish that can be annoying to get with other paints. I never had to worry about it not being opaque, which is particularly difficult to get since I have freckles. Like other paints of it’s kind, Mehron clown white needs to be set with a powder. They sell powders for it, but baby powder works just as well and is dirt cheap.

Hello everyone! This week’s article is about something very specific and very biased on my part. Because I’ve had to paint myself white so much lately, I felt like talking about my favourite white makeup-

Yesss! This stuff makes me so happy. I’ve been using the original version (as seen above) since I was sixteen. Before that, I’d exclusively been using Ben Nye, which I still love for a lot of other things, though I’ll talk about that later. When I ran out of my Ben Nye white (which had always been a little annoying to get a bright white with anyway), I was just going to order more. However, upon a trip to a local costume shop not far away, I found this big tub of clown white and bought it. 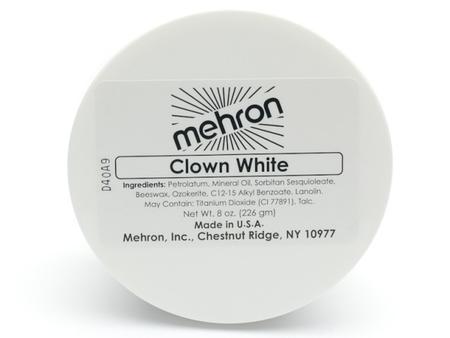 While not super obvious, in the above picture you can see the freckles on my nose. I noticed this more in indoor lighting, while most of my pictures taken outside look pretty white still. This was done using the Lite version of the clown white. However, the lighter freckles on my arms (because I’m the opposite of most people and only really freckle on my face) were all covered pretty well. 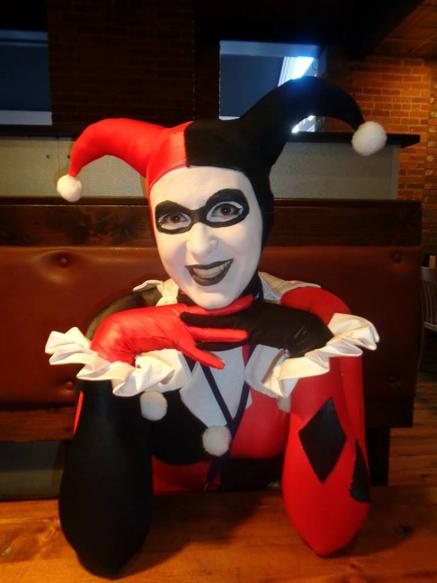 Now, I recently purchased Mehron Clown White Lite. This makeup gives you that nice white finish without the thick goopy consistency. It’s got a thickness similar to Ben Nye, but still better white coverage. I would recommend it to anyone who doesn’t want that caked on feeling. However, if you’re like me and have dark freckles, you may need to layer up more or be okay with your character having slight freckles under the right light. 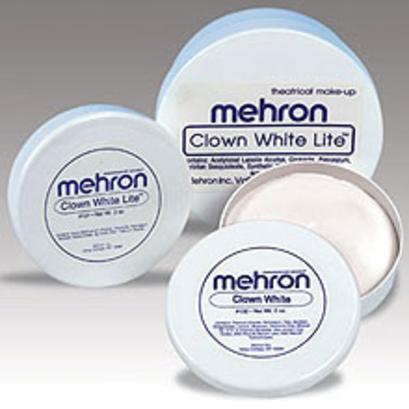 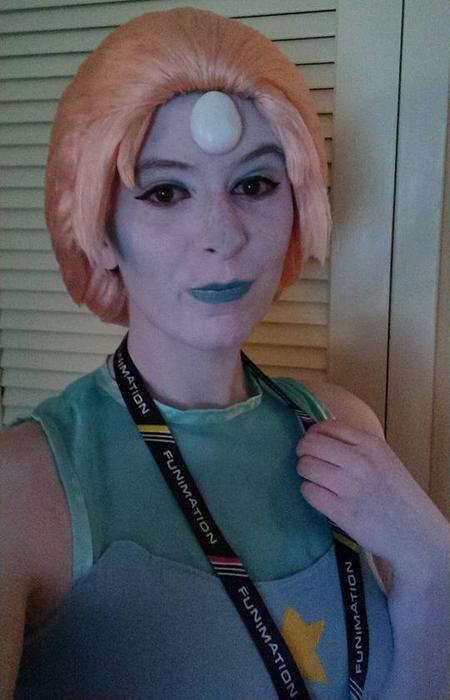