This is actually an important piece of evidence that Young really knows his source material.  An idea like this would absolutely flop if it didn’t come from a knowing and caring source.  We all know the stereotypes of gamers that exist.  To some degree, they are on display here, but not in a cutting or mean spirited way.  It’s more an acknowledgement that they exist and it’s played for comedy and even character development.  I had the privilege of meeting Mr. Young after seeing this show, and I knew within seconds that he is legit.  We, as nerds, have this weird little mating ritual we use whenever we meet new people.  One person will drop a quote or a reference to something and if the other person responds, the seeds of friendship have effectively been planted.  That day, Young was equipped with a Mega Man shirt under his sport coat.  That’s a good sign!  He knew Justin Bailey.  Ok, he knows what’s up.  This matters because it provides a basic level of trust.  Some of the jokes are at the expense of the gamers in the play, and thus, gamers at large by proxy.  Because Young’s own roots are in the gaming world, we know that these are never meant as attacks.  Perhaps there’s even a shred of autobiographical information buried in the script somewhere… 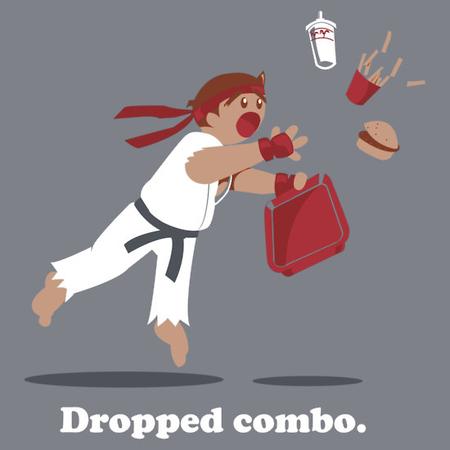 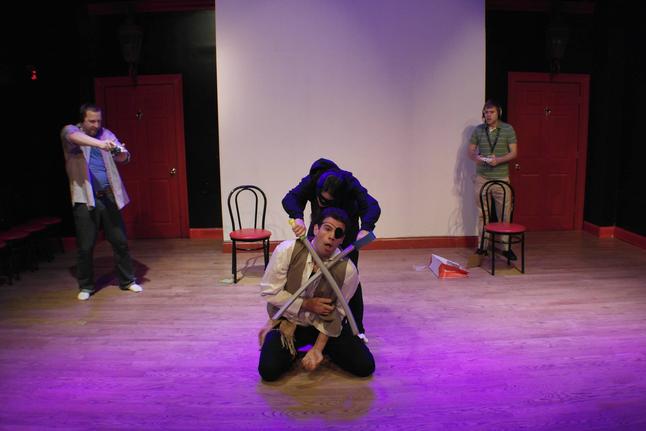 What is it with all these angry people?  I bet he’s a ragequitter… 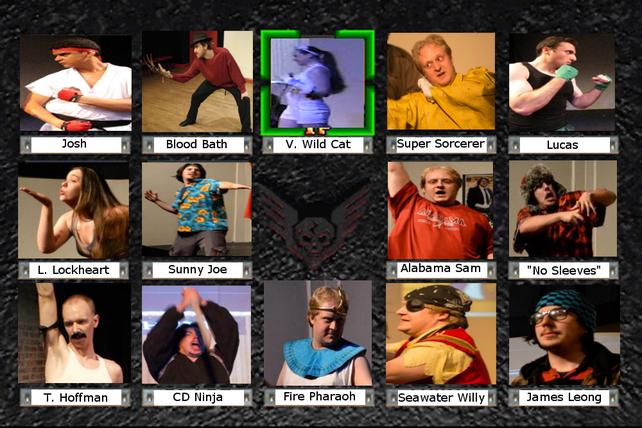 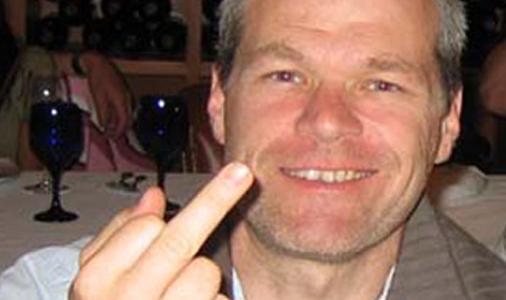 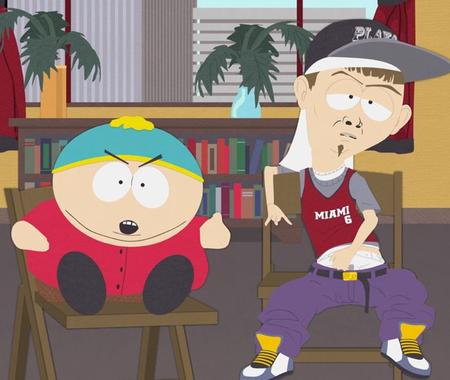 OK, that’s all well and good, but not everybody is a gamer.  For that matter, in the theatre world, gamers are in pretty short supply.  Fear not!  The play is entertaining for gamers and non-gamers alike!  You might not get subtle references like, “He’s on fire!” or the ethics of spamming, but the visuals and plot still offer you a great value for your ticket purchase.  Character interactions and the ebb and flow of relationships, whether they are between friends, family, or even romantic partners, feature prominently throughout.  In fact, for some entire scenes, the gaming is more of a motif than a true theme.  It’s always important, but even without getting every reference, any audience member can certainly understand how Lucas and Josh routinely dehumanize people because they’re so used to interacting with the sprites and polygons of the game world.

"Applebees was our place!"

Why is it that the biggest pricks always seem to have the tiniest ones?

This video goes more in-depth on the fights and previews Act 1, Scene 1 of the play!

This multiplanar stage also gets across the real and surreal elements contained within the play.  In Act 1, Scene 1, we see the gamers share the stage for almost the entire scene, but seven other characters come and go throughout.  Six of these characters are fighters in Super Duper Smash Fighters and do not actually exist, but they’re there nonetheless.  The fighters stay downstage, while the human characters remain upstage.  This perfectly demonstrates that we, as the audience, are seeing three different spaces at once:  Lucas’s Mom’s house, Josh’s apartment, and the game world.  Another fun way to separate the real from the surreal is in the characterization.  Josh and Lucas are barely exaggerations of people you’ve likely met (or perhaps are), but the fighters in the game are hilariously over the top.  Once this setup of the multiplanar stage to offset the surreal game world is accepted by the audience, Young uses that as a vehicle to tie the two together in a dream sequence.  Lucas has a nightmare just after Intermission where he relives his humiliating loss to Josh three years ago.  This is the only time throughout the entire play that video game characters share actual space on the stage with the human characters and it’s a subtle detail, but it absolutely works!  Finally, by the end of the play, the audience has become an active participant in the show!  Seeking redemption, Lucas enters the 25th Annual National Video Game Tournament.  From this point on, the people physically sitting in the playhouse are the audience for the tournament, complete with some fun interactions with the characters!

Online Fighting is a relatively recent writing, having made its world premier on March 15, 2013.  It was written by Harrison Young.  The fact that it’s only two years old is important, as it is incredibly relevant and up-to-date.  Take a look at that title again.  What does it mean to fight online?  It’s a creatively dual-layered title.  The first is obvious:  players are fighting as per the rules of a game, and they’re doing it over an internet connection.  The second is priceless and is something you have to experience to fully believe.  If you’ve spent any amount of time on Xbox Live or the Playstation Network, the odds are good that you’ve encountered at least one mouthy little twerp who carried on in ways he would NEVER even dream of in real life.  You know the type.  They’re usually about 12 years old.  Their voices haven’t dropped (nor have their balls),  They seem to know everyone’s mothers, often Biblically.  Oh, and they’re also cartoonishly homophobic.  These immature people often instigate fighting among players that’s totally unrelated to the game.  Honestly, these subhuman basement dwellers are the reason I conveniently “can’t find” my headset whenever I play with randoms from the USA or Great Britain. 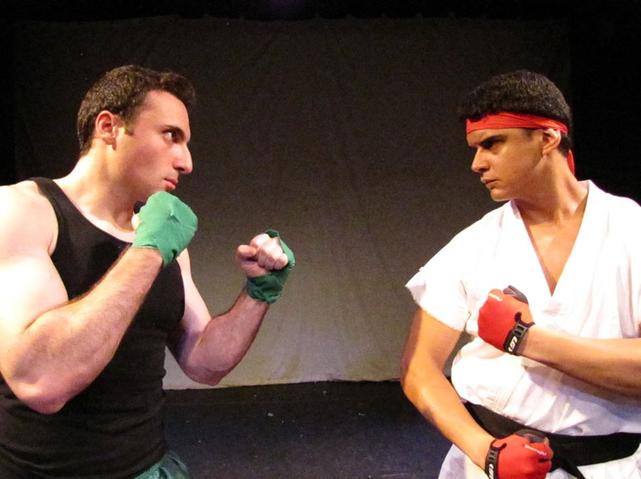 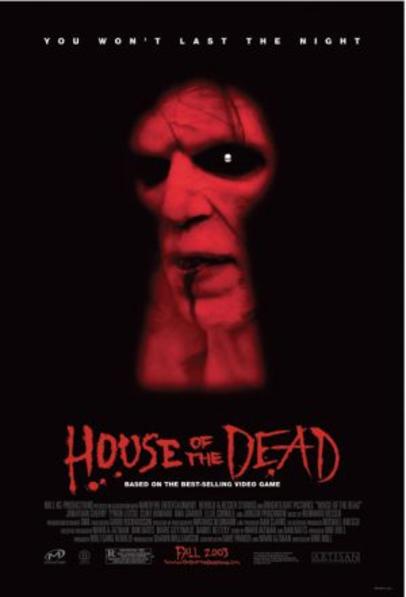 If you ever get a chance to see this show performed on stage, do it.  Whether it’s the short version or the full version, you’ll have a great time and laugh the whole way through.  Frankly, try to track down both versions if you can, because they’re more varied than you might expect.  One of the fights actually plays out differently across both versions!  Will Lucas be able to find his special purpose in life (just like Navin Johnson!) and finally land that Hadoken?  Will he ever be able to move out of his mom's house?  There's only one way to find out; you'll have to watch the show.  Thanks to Harrison Young of Tennessee for donating to The Culture Cache, but more importantly, thanks to Harrison Young of Tennessee for writing a fantastic and groundbreaking play!  Now, grab your tickets and a handful of Pizza Rolls because this is a play that even Governor Tank can enjoy!

Video games are but one form of entertainment media.  Here at Zero Sum Gaming (and The Culture Cache at large), we are fans of ALL forms of entertainment media (can you tell?)!  We’re going to shake things up a little bit today and focus on one of these others, but don’t worry, it will still be through the prism of gaming.  Let’s take a look at the greatness that is movies based on video games!

True to form, this play focuses on the exploits (yep!) of two gamers in their fledgling lives as “adults.”  Josh and Lucas used to be the best of friends, but three years prior to the events of the play, they entered the 22nd Annual National Video Game Tournament (think of the climax of The Wizard [the only part anybody remembers], and you’ll get the idea).  Lucas does well, but he chokes in the finals, repeatedly failing to perform a Hadoken.  This loss to Josh continues to haunt him, even during the events of the play.  As the curtain rises, we see the immediate contrast of how each has moved on (or not), since this momentous event.  Lucas still lives with his mom and is asleep, while Josh is just arriving at his own place.  The two meet online and start playing Super Duper Smash Fighters (my favorite game!).  Within minutes, they begin fighting each other in the game.  Before the first match is even over, the tension and resentment are obvious.  Not only do we get to see the fighting spill over from the game into the real world, akin to the impotent rageaholics above, but we also get to witness such fun gamerisms as ragequitting and lag.

Kidding!  Kidding!  Don’t click that back button just yet!  Thanks to my Kung-Fu training, I’ve managed to keep Uwe Boll at bay… for now…  Instead, I’d like to focus gaming theatre, or really, one play in particular, Online Fighting. 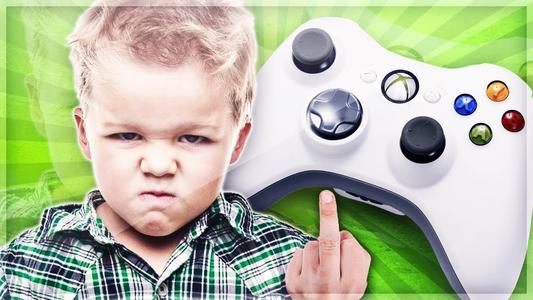 Next, let’s analyze some of the truly unique aspects about this play from perspective of the theatre world.  This show frequently employs a multiplanar stage to great effect.  It helps to show spatial relationships between characters.  This is a very hasty play and to keep the energy up, scene changes must be (and are!) super snappy.  Setting up the stage to have 2 planes (or sometimes more!), really helps alleviate the scene changes and keep the action flowing.  Think of this as the difference between perfectly executing an amazing combo in a fighting game versus dropping it halfway through and looking like a chump.  Many scenes in the play actually take place in two or more locations, so this stage setup sells that the actors are in different places within the play despite their close proximity on stage. 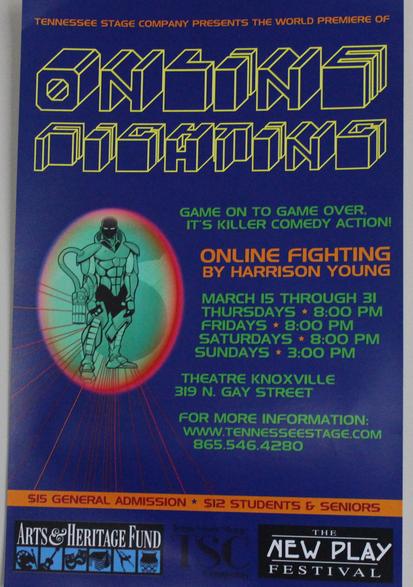 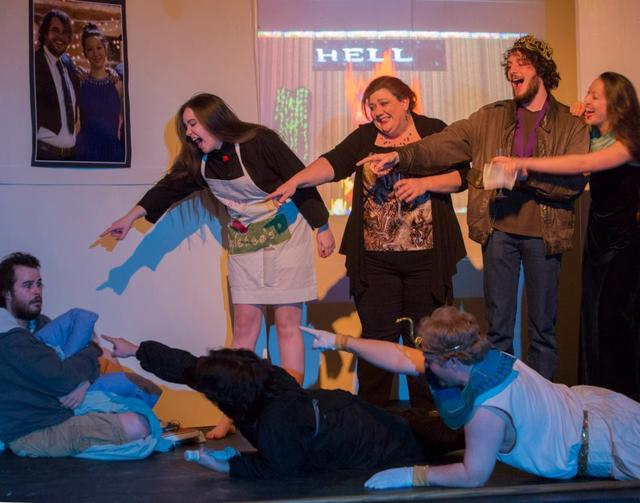