The remake of Dawn of the Dead. It brought in something that is kind of blasphemy - running zombies. Crap, that’s terrifying. It makes the zombies way too overpowered. I’m scared enough of the giant shambling herds, why do we have to make them fast?! I’m not a huge fan of the idea, though I can appreciate it. This movie also has a zombie baby. How can you say no? That’s a great costume idea for someone who’s preggers! Get out the fake blood and zombie-fy a baby doll! As far as the zombie FX, since this is done in present day FX, the zombies are pretty top-notch and extra gross. You can build up sores, scabs, and wounds using my cotton ball and latex method, or buy some latex ones at the Halloween store if you find some you like. I just like making my own. 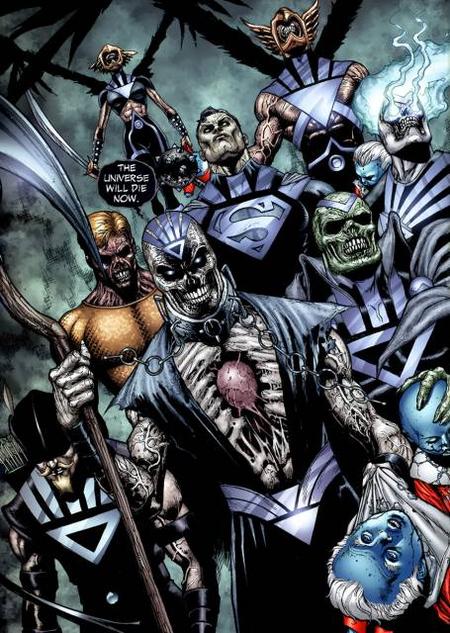 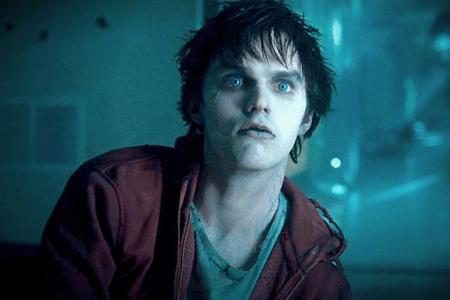 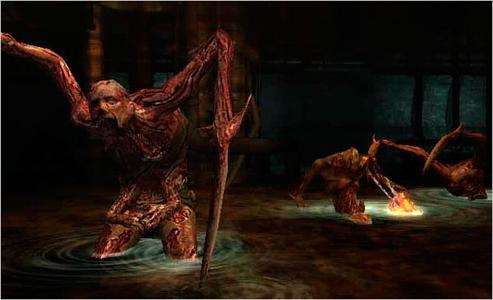 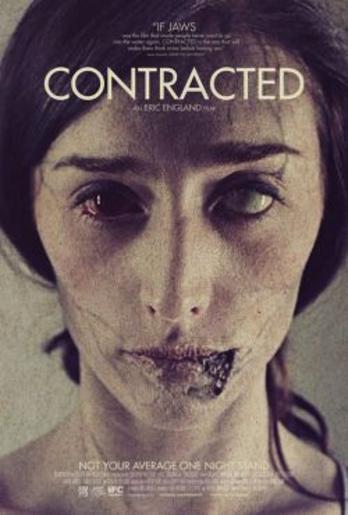 Talking about weird zombies, what about Braindead?

Now, Marvel Zombies, we’ve been hearing about those recently.

Here’s another easy one for you, Warm Bodies.

Let’s start with an oldie but a goodie, the original - Night of the Living Dead.

I’m going to be running through a few different movies, games, and TV shows in my rundown of the different types of zombies I know of. This article may not be completely appropriate for younger readers or those with squeamish tummies. While there isn’t a buttload of gore in this particular article, some of the subject matter is icky in general! 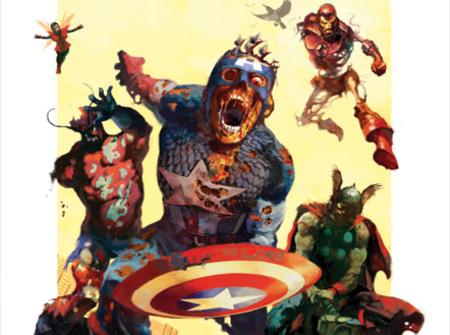 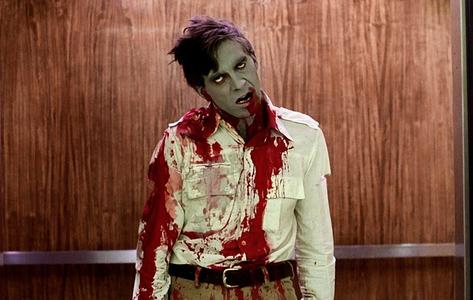 This show has so many different types of zombies, I can’t even begin to cover them. The detail even goes so far that the zombies in the current season are way more decayed than they were in season one. This is a fantastic stock pile for zombie ideas. From the simple zombie girl at the beginning, to the disgusting zombies trapped in water for God-knows-how-long, you’ll find something you’ll like.

I’m not gonna lie, like a lot of people my age, I saw the remake first. I like them both for different reasons. This film is... amazing in its own right. There were plenty of scenes that used real pig intestines. REAL. PIG. INTESTINES. Actors were having to gnaw on this stuff. If that’s not hardcore zombie-ism, then I don’t know what is. There are so many iconic scenes in this movie, and the zombies are amazing. Lots of blood and fake intestines are going to be your buddy here, and don’t forget the green facepaint.

These zombies are pretty simple, a lot like the old days. They get small wounds. They’re pale and dead. They also turn back to human if they’re loved... what? You’re probably wondering what this is even doing here. Well, from a makeup perspective, it’s a viable option! From a movie perspective... I... love it. It’s a guilty pleasure. I call it a ‘zombie romantic comedy’. I’m pretty sure it’s supposed to be Twilight with zombies and some part of me doesn’t care. It’s probably the same part of me that crushes a bit on R (seen above) as a zombie, but thinks he looks kind of ‘meh’ as a human. I get people to watch it all the time and it’s usually better than they expect. It’s literally Romeo and Juliet re-told with zombies, and there’s something adorable about it’s cheesy moments. I’ll stop defending myself now. 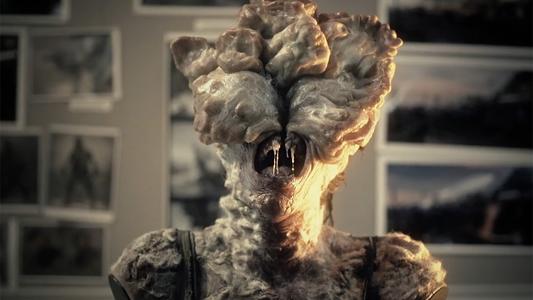 I’ve not watched this in a long time, so I couldn’t tell you much about the plot. I just know that nothing stays dead. Like, a head finds an arm or something to attach itself to and it’s moving around and attacking you again. That’s totally not okay, but makes for some great ideas for props to make, either for around the house or for a costume. I mostly remember the lawn mower scene, which you can find on YouTube. It’s gross and has way more fake blood in it than any one scene should ever have. There’s also a scene were someone’s face busts open and there’s a baby like face underneath - that’s totally not okay either. With that said, it’s a /comedy/ so go have a good laugh at the hilarity of it.

I’m going to try and go from the easiest ideas to the most difficult in roughly the order I think they fit in. I’m not much of a movie buff, I enjoy watching video games but am awful at them, and I don’t always catch every detail of every episode of a long running TV series. So, if any of the information in this article is a smidge off, I apologize! I’m just here to gawk at the FX. 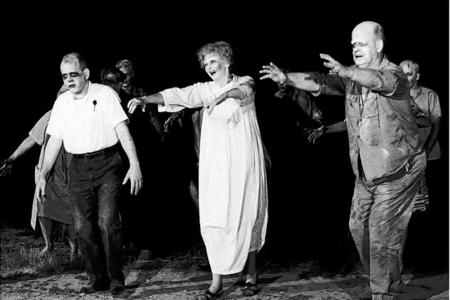 This is such a classic movie that any zombie lover should see. Sometimes we get so caught up in the special effects of today we forget how awesome these older movies were and are. Zombies are scary. That’s all there is to it. They’re corpses come to life with a taste for the living. Doing a makeup based off of these zombies is very simple - a little white makeup, dark around you eyes, and blood and dirt as it suits you. These shambling corpses were cool before running zombies were even a thought. Never, ever underestimate the simple, understated zombie. 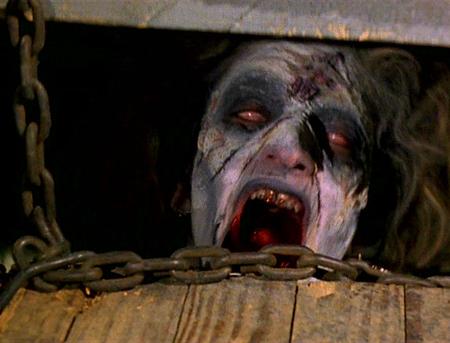 The deadites are some of the best zombies ever! Evil Dead and Evil Dead 2 are well worth a watch if you’ve never seen them, though I can’t imagine why you wouldn’t have. These kind of skirt the line between demon and zombie, but we’re going to stick to zombie for now. Seeing as this movie was made a while back, the FX are very much something that you can achieve at home with some latex and creativity, just toss in some white out contacts for some extra fun. Also, I’m gonna throw in this guy, because Army of Darkness has been one of my favourites since childhood:

Starting with a personal favourite, Contracted.

That brings me to The Walking Dead....

I don’t know as much about them, but The Power Trip does, so check his stuff out for info! I just know these costumes are a fun way to recycle an old Halloween super hero costume, or maybe a Captain America costume you found in the bargain bin. Bloody it up and slap some wounds on your face, and you’ve got something pretty darn awesome! 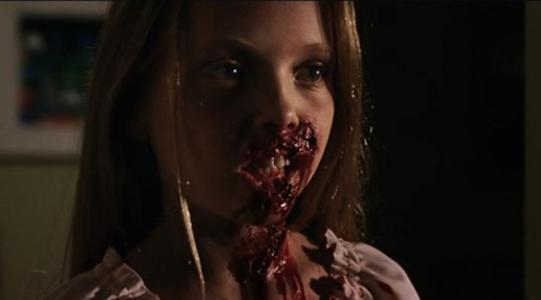 So, thinking of the disturbing tree scene in Evil Dead, reminds me of a video game I adore... The Last of Us.

Now, since I mentioned it...

If someone cosplays as him I’ll swoon.

Let’s end this off on a favourite note of mine, The Black Lanterns.

Hello everyone, and welcome to a fun and geeky article for this week, continuing our request for zombies from Chip. I did my zombie makeup video, and I promised a little more about the different types of zombie makeups. I decided to take this a step further and just talk about the different zombies in general, because why wouldn’t I? The little girl inside of me that dreams of becoming a makeup artist squees at the sight of a good zombie movie. Besides, this might give you a few ideas as far as a good costume!

Okay, okay, this movie is nasty. I LOVE it. It’s an indy film and is still on Netflix, I believe. Basically you’re following this girl over a three day period and things are getting weird. I’m not particularly sensitive to gory or gross moments, but when her fingernails were falling off and she was pulling out her teeth my skin was crawling. This is mainly lower on the list because to do it well, you’ll want some white out contacts. What puts this zombie movie apart from the others? The zombie virus is an STD. Yeah, you read right. This movie is complete with a few gross sex scenes and enough nasty, bloody moments to last you for a while. Yes, I’ve watched it many times. Yes, I recommend it. Yes, you should always use a condom. If anyone cosplayed as this girl, I’d fawn over them for the effort, especially if there was plenty of loving detail!

Gross and weird? I’m not done with you yet! What about Dead Space?!

The Power Trip has also been talking about these guys, so check him out for more in depth info. I love the Lantern Corps no matter what type, and these guys are no different. Similar to the Marvel Zombies, these are zombies of our favourite heroes that have died at some point in time. Unlike the Marvel Zombies, it includes a little more in-depth costume making, as they are all wearing Black Lantern versions of their normal costumes. So while the makeup is pretty standard, there’s a little more work involved.

Speaking of contacts and FX, what about Evil Dead?!

I need this game to be a movie NOW. I’m bad at games, and this game takes the cake. My anxiety levels were through the roof and I was trembling and whispering in fear as my husband found his way through a room full of Clickers just like the one pictured above. I have a weird fear of certain plants (mostly mushrooms, I don’t trust those smug bastards) so this game played up all the right fears for me, so much so that I really want to cosplay as one of these wonderful Clickers. How do you do it? I’m not sure, I’m not going to lie. It’s been done, very well so in fact, so I suppose it’s something I’ll have to look into and share with all of you! This was one of the most creative zombie ideas I’ve seen, because it’s probably the most plausible. I’ll never trust plants. 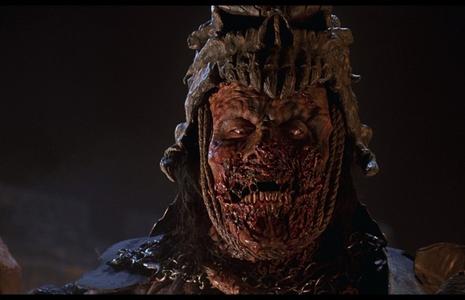 SO NOT OKAY. Remember how I said I can’t play video games? This game is way worse than The Last of Us! Things come out of nowhere, they don’t make sense, THEY DON’T DIE. All I did was watch my sister play this game and we were both pissing our pants and squealing like little girls. You’re trapped on a space ship with these things. Not okay. I’m not sure how you would make a costume of a Necromorph, but mad props if you figure it out. I’m not coming up to you for hugs.

I hope you liked my zombie list, and hopefully it gave you a few ideas for this Halloween, or your next convention. I think I need to watch some more Walking Dead after all this!