The film, though mostly a silly comedy, manages to hit upon a basic truth—a truth that, in many ways, makes it the perfect Thanksgiving movie, aside from the setting. Much like the holiday, Candy’s character is forgotten. Much like the average family who begins planning Black Friday shopping before the dessert hits the table, we don’t notice right away how lonely he is—lonely like so many folks for whom Thanksgiving is just another day. Yes, his character is annoying. He is flawed and inconvenient. But aren’t we all annoying to someone? Aren’t we all full of flaws, and totally inconvenient to one another at times? In spite of that, don’t we all deserve to be reminded, at least once a year, that we are loved, and that we have a place to call home, and be safe, and share our space with companions?

“Why is it not Christmas yet?” 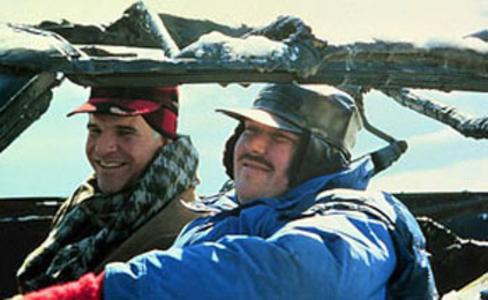 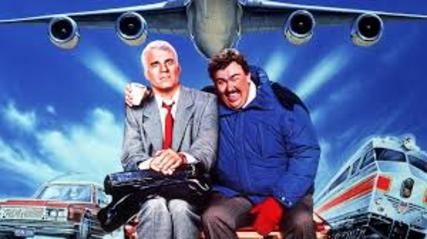 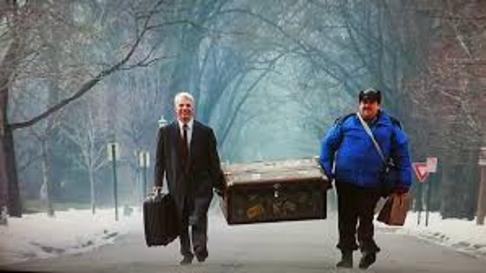 I took a stellar film study class in college from a professor who would continue to inspire me for years to come. He made me see many films in an entirely new light. He routinely showed small clips of films—one of which was Planes, Trains, and Automobiles. Strangely enough, at this point, I had never seen the film in its entirety (which is especially odd considering how formative the work of Steve Martin and John Candy were to me). I will never forget the day I saw this particular clip—which, oddly enough, consisted of the last few moments of the film. I am, of course, referring to the part when Martin’s character, upon discovering that John Candy is actually a homeless widower with no family with which to spend Thanksgiving, invites him to have dinner with his family. As the clip came to an end, my professor—a relentlessly gruff New Yorker—said he hoped we had someone who loved us, to whom we could go home. He said this as his voice cracked, and I will never forget him yelling at us to leave the lecture hall right away, apparently so that we would not see our big, tough professor crying over a movie. I never fully understood that moment, I think, until this last viewing.

Poor Thanksgiving. It’s the holiday that so frequently gets glossed over in favor of Christmas. It has become situated around greed rather than gratitude, anticipation rather than acknowledgement. It is reflected in the art we consume; for every thousand Christmas movies, there are one or two "Thanksgiving" movies, and those are usually a stretch. Hell, my own family has watched Christmas Vacation on Thanksgiving as far back as I can remember. 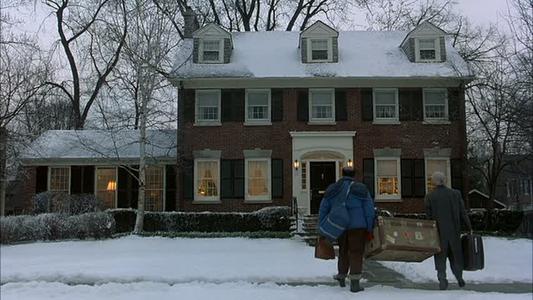 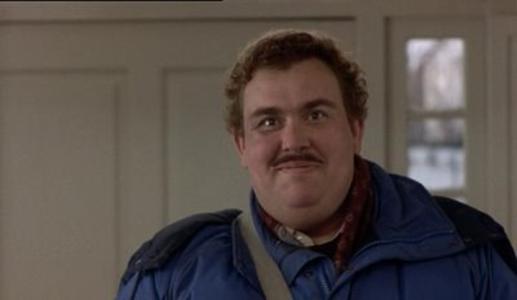 Planes, Trains, and Automobiles is one of the few truly Thanksgiving-centric films that happens to be popular. It is, of course, a goofy, sometimes frustrating comedy about a man whose only goal—to get home to his family for Thanksgiving—is routinely derailed by a clingy, slovenly man who sells shower curtain rings for a living. Their “buddy trip” adventures, which include crappy hotels, stolen wallets, luggage mishaps, a rental car fire, and several other absurdly unfortunate events, are brought to life brilliantly by the otherworldly comedic talents of Steve Martin and the late, great John Candy. It’s a goofy romp that only recently—as in, during this year’s viewing—held an elevated and nuanced meaning to me.

Planes, Trains, and Automobiles—The Perfect Thanksgiving Movie (for Reasons You May Not Notice Right Away)

The last time I watched Planes, Trains, and Automobiles was the first time it made me cry. Sure, it made me belly laugh, 90-plus-percent of the time, as it always had. But the last few minutes brought tears. I wept for John Candy’s poor, pathetic character who sat alone in a train station with his trunk of plastic shower curtain rings. I also wept for my friend whose young son was killed this year, and how much she would miss him during the holidays. I wept for the families whose loved ones are still fighting overseas whilst we rip each other apart over politics back home. I wept for all the things that are unfair about this world—but I also wept for gratitude. Grateful for my sweet, wonderful husband sitting next to me on the couch, the beautiful support of friends and family, my job that fulfills me so much, the fact that I have access to art that can make me laugh and weep in the same sitting. It all seems silly to react this way to a comedy about Thanksgiving. Maybe it is, and maybe I am just a sap. But at least I am a sap that may be a little more vigilant about counting my blessings and reaching out to those who need love this Thanksgiving. 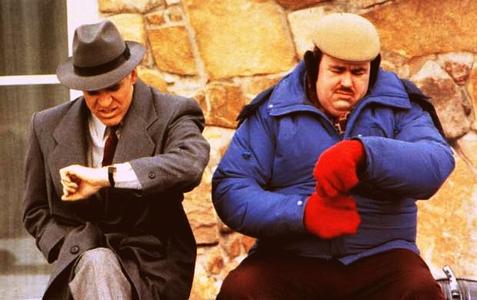 Gratitude is more than acknowledging what you have. It is also acknowledging the losses and pain of others, and vowing to do our best to make the world a little better. I’m certainly not saying everyone needs to volunteer for a soup kitchen on Thanksgiving, but maybe it could be something as simple and low maintenance at smiling at a stranger, saying something kind, attempting to build someone up instead of tearing someone down. Maybe it’s just acknowledging that we are all human beings, regardless of who we voted for, regardless of our race, gender, religion, or orientation. We are all flawed…and inconvenient.