Performance costumes. Whether you enjoy live theatre or not, it’s hard to deny how impressive they are. Costumes meant to be worn for dance or acrobatics rely pretty strongly on one thing - the power of suggestion. I want to take a look at a few examples to show you real quick.

The logic behind the design has always fascinated me, because it all makes sense, and it is unique to each character as well. Many characters, such as Victoria seen above, have a full set of arm and leg warmers. These add bulk to the limbs, making them look thicker compared to the body (like a cat) and giving the illusion of paws without being hindered by paws. There are so many variations in the warmers that are unique to certain factors about the characters, such as: character age, gender, and breed. Adding to breaking up the human outline are the fluffs present on the shoulders and torso. Adult female characters tend to have less, usually limited to the shoulder, upper arms, and chest. Adult male characters and kittens may have fluffs going as far down as their upper thighs! Some characters don’t have fluff, to indicate extremely slick hair. Tails are tails, and I could gush about all of the wonderful different types of tails in productions around the world, why I love them, and how they affect the feel but... you get it. The wigs are obvious, even on the ones that don’t have very defined ears. The ears are still present in some way, and the wig helps make the head look larger in proportion to the body. Of course then you get to the makeup, which is unique to every character, ever production, but they all have cat eyeliner, noses, and some form of mouth lining.

Of course the actors help the costume along. If you see someone dressed like a cat walking down the street, yes, you’ll see it’s a cat. However, you don’t get that immersive suspension of belief without the cat performance. Many people dislike the musical, and that’s completely fine. However, sitting in the front row and interacting with the cast while they are in character? Somehow you completely forget you’re looking at people.

The three costumes I’ve listed kind of cover from the minimal to the extreme as far as suggestion in performance costumes is concerned. Ballet costumes are usually (and should be!) more subtle, such as a Firebird with her red tutu and delicate feathered headpiece. Then we have Cats, which is kind of somewhere in the middle of the road. While you can obviously tell what they are, it’s because of an ingenious mix of elements and acting to get the full point across. And Cirque? Well, they can do whatever they want and it be fabulous, and I’m sure you’ll know exactly what they want you to know! 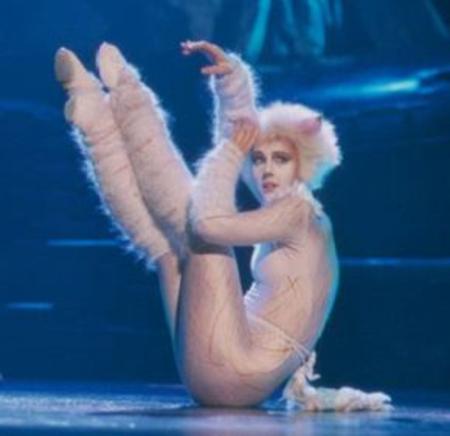 This is a favourite of mine, obviously. Cats costumes are where my love of texture in performance wear comes from. There are many reasons why these costumes make you think of a cat immediately, which is rather amusing because apart from a tail and ears and a painted nose, it might not really scream ‘cat’. 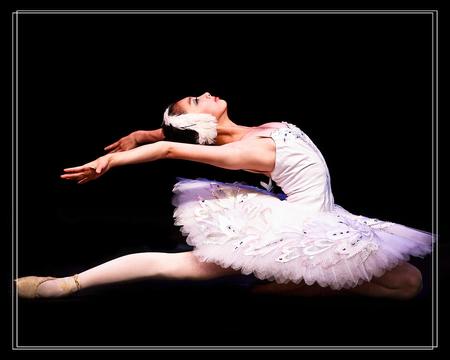 Ah, Swan Lake. A classic. Anyone who has ever been exposed to ballet knows this one, at least by appearance alone. The graceful swans feature the classic tutu, with tule and other materials creating a feather-like look to the tutu. They usually also have feathered head pieces. I’ve seen versions of the costumes that were a little more literally swan-like, and I don’t personally care for it. The dancer’s movements and grace should finish sending the message of ‘swan’ more than the costume ever should. Ballet is a juxtaposition of the delicate and the fierce, and this role almost embodies that. You have to look like you’re floating when you most definitely are not.

This I know the least about. I just know it’s from Cirque du Soleil, which is awesome and I can’t get enough of them. I also see that it’s a jellyfish. I’m just saying, this is obviously a jellyfish, and there is no doubt that this costume can have some amazing acts performed inside of it. That alone is impressive! I want to find some clips of this one and watch it in action, because the photo is breathtaking. I could pull any of Cirque’s costumes up here and gush about them, because they are all absolutely wonderful! 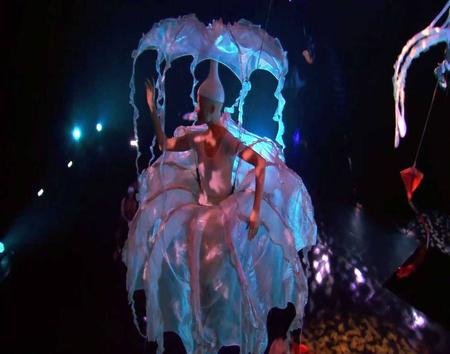