I began to casually sit in whilst my husband watched matches on TV. I was never really engaged, but I would ask the occasional question and identify certain names (i.e. “Oh, is that so-and-so wrestling other so-and-so?”). I picked up some of the terminology (jobber, kayfabe, Sweet Chin Music). I designed personas in the licensed video games and even played the avatars on occasion. Still, no matter what, I worked very hard to remain detached. I outright and stubbornly refused to be labeled a “wrestling fan.”

I see you, Shocked Streak Guy. I see you. 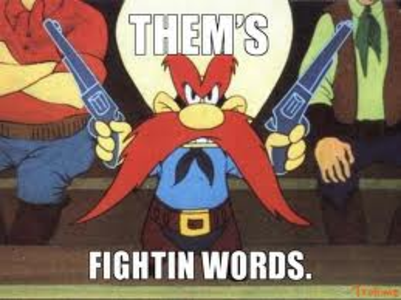 Ask this guy how fake it is.

Snob Smackdown, or How I Learned to Stop Worrying and Say YES to the Wrestling Fandom

I’m not talking about the sport. I mean what some folks call “rasslin’.” I mean the WWE. I mean “the fake” wrestling. 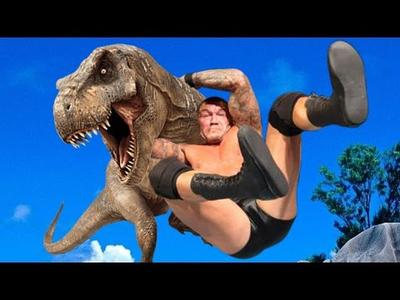 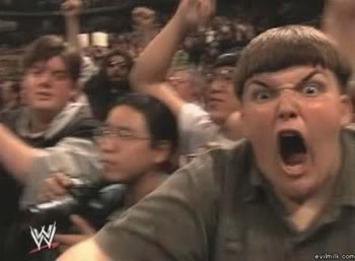 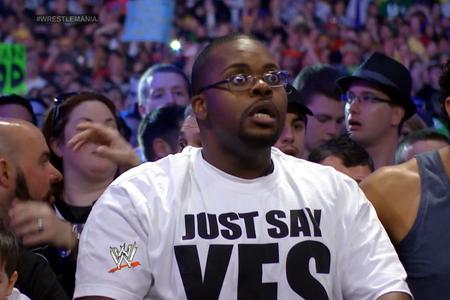 There are things that work for some people, and there are things that are more of an acquired taste. It is not required to experience everything before making a judgement, but there are plenty of experiences out there that we shouldn’t count out until we know what they’re about. Sometimes, you’ll surprise yourself (JOHN CENA!). It’s like an RKO to the soul. 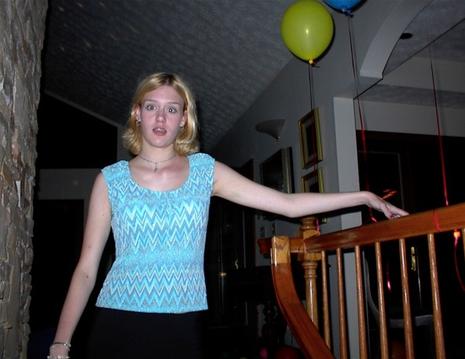 I once hated wrestling.

Lower your torches and pitchforks. “Fake” is in quotation marks for a reason, and it is one of the many things I have learned about wrestling-as-entertainment over the course of the past couple of years.

The Wrestler and Black Swan have a lot more in common than you think... 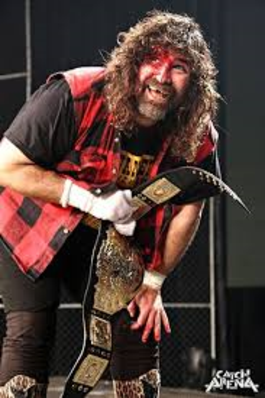 In December of 2009, I had a Best Buy gift card to spend, and I decided to buy the Darren Aronofsky film The Wrestler. I rarely purchase movies I have never seen, but I took a chance because I was a fan of the director’s work (at least I didn’t do the same when Noah came out) and had heard through word-of-mouth what a well-done film it was. My risk yielded reward, as The Wrestler is now one of my all-time favorite films and a standard to which I have held new releases since. Aside from being a beautifully-shot and written story of self-destruction, identity and the confrontation of personal demons, it revealed to me some very real things about the wrestling industry, including the physical and mental investment of wrestlers, the artistic merit, and the technical skill required. As a stage actor who also teaches theatre, I began to view wrestling as a derivative of the stage, and rightly so. These days, I affectionately refer to it as “theatre with hitting.”

The Wrestler may have piqued my interest, but I took it a step further when I agreed to accompany my husband to a live taping of WWE Raw. By then, I had read up on a few of the wrestlers and watched some full matches on TV. None of that prepared me for the experience. To begin with, it was a wonderful opportunity for people watching—something of a social experiment, really. There were folks there of all ages, all types. Elderly folks, little kids, country boys, goth girls, preppies, hipsters, hippies—you name it. There were grown men who were invested as if they were watching a football game, and there were others who reacted as if their friends and family were having genuine, grudge-fueled brawls in the ring and suffering real, unscripted losses. They were reflected in the kids, who knew all the chants. Once I recovered from the sound of Kane’s pyrotechnics (I’m a tad jumpy), I was swept up in the magic. I cheered when I saw figures I recognized, then I came out of my seat when my new favorites showed up. It was the same stirring in my body I felt when I saw live plays and concerts that drew me in and took me to another place, only there was an extra dose of adrenaline.

Like I had room to judge ANYONE in high school… 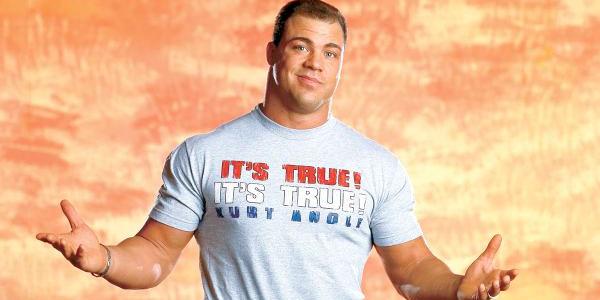 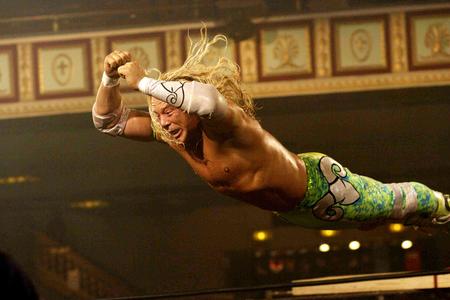 When my husband and I first started dating, I noticed that he was slightly apprehensive about revealing that he was a wrestling fan. It wasn’t that he hid it; it was more that he was braced for the stereotypical judgement of everything that being a “typical” wrestling fan entailed. Growing up in the 80’s and early 90’s, I was, of course, familiar with the big names like Hulk Hogan, Macho Man, Sting, etc. I had a female friend in junior high who exclusively wore WWE t-shirts to school. I remember when WWE was WWF. I had certain ideas about what it meant to be a wrestling fan, and many of those ideas were associated with a violent, hyperactive demeanor and low education. Truthfully, as I would eventually discover, I was the ignorant one.

So why do I put “fake” in parentheses when I discuss wrestling? Well, it is marketed as entertainment rather than a pure athletic event, and many parts of it are, of course, manufactured (hence the existence of “kayfabe,” or staying in character). Personas, grudges, and loyalties are fabricated, and the audience’s reception of a specific figure can sway and alter the scripted actions of that wrestler. However, it is shortsighted to refer to this as simply being “fake” when you consider the technical aspects. Wrestlers routinely sustain real injuries and shed their actual blood.