Aaaand done. Not actually, because it needs diamonds and fur, but for right now, done. In the reference the entire right boot is red, but I’m not decided yet. I could paint the bottom of the shoe, but I think it looks pretty cute as it is, also.

Repeat on boot number two and huzzah! They’re a bit slouchy here, because once again they’re a bit looser than what your average lycra boot cover would usually be. Partially because of the two-way fabric and partially because I have to add non-stretchy fur to the top. I’ll be attaching these with a whip-stitch to some tights anyway, and that’ll keep them up! 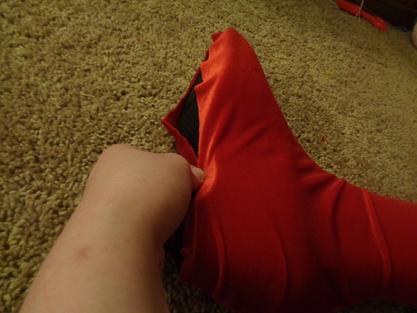 Hello once again, everybody! As I said last week, today I’m going to talk about boot covers! There are so many different ways to make boot covers. These particular ones are pull over covers built on a pair of slip on heels, like these.

You see where the leg dummies would come in handy? I’ll do a tutorial for it later, because I’ll probably be making some of these this year. Getting everything in place when your leg is protesting about where it’s sitting can be a pain. As you can see, I did not sew the bottom of the fabric, because we’re going to be cutting away a good chunk of that. Try to get it as much into place as it was when you were pinning before you pull the glue out. 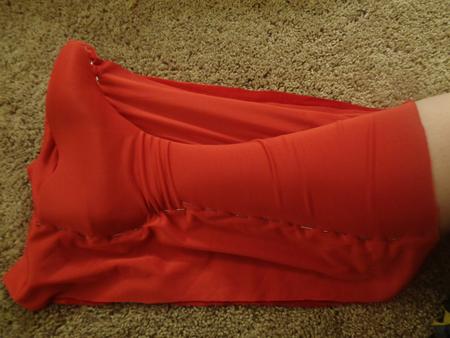 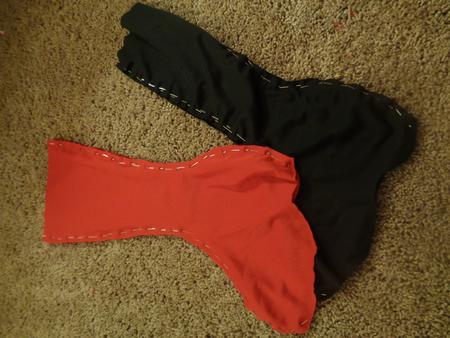 Yay, all sewn together! For your sanity, sewing on a machine would be best. I’ve been hand sewing everything because, with the limited stretch, I was worried I’d fudge it up with a machine and make it too small. Slightly irrational? Maybe, but I’ve done it before! Now slide these on your leg and put your shoes on to get everything in place... 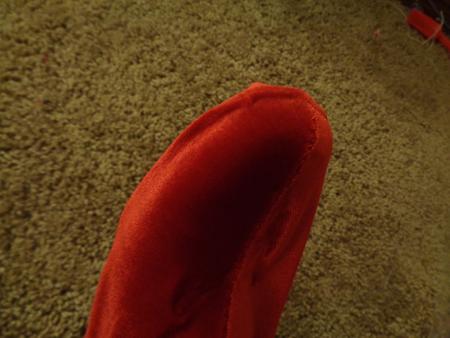 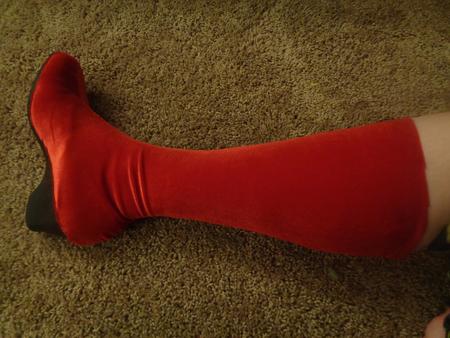 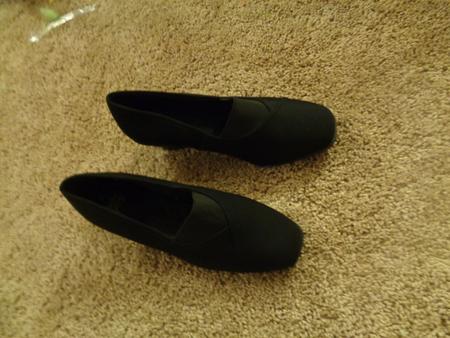 Here you can see where I’d glued along the middle seam and against the top of the shoe a bit. I didn’t do it as well on this foot so the glue is a little obvious, but nothing to freak out over. The puckering is okay and normal, you’ll fix it as you go.

Here I’ve trimmed the excess fabric up to the seam line I want on the boots. I pinned this with right sides of the fabric facing, and with the velvet it made my life so much easier. 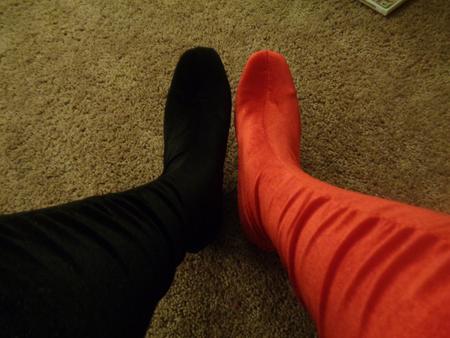 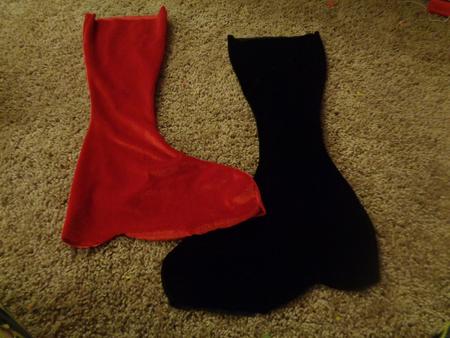 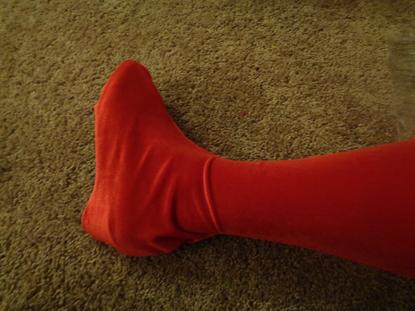 Hopefully this was helpful! This project is fun (like most of my Harley projects) and I’m excited to see the other side of it!

You could repeat the steps above for the second leg, or you could just take the two sides of the fabric from the first and cut out the pattern for the second! Huzzah! Just make sure you reverse the pattern when you cut it out. I decided to do this so my seams would be more or less identical with minimal work. The red pattern has some ugly cuts on it from where I was cutting directly off my leg, but don’t worry about it. It’ll be fine.

So, take generous amounts of fabric and pin them around your leg. Obviously, this only works for stretchy fabrics. This is that annoying two-way stretch velvet I bought, so I didn’t tighten it as much as I probably should have, to ensure I’d keep a good fit when they were done. It’s awkward to pin on your own leg, so consider making a mini duct tape dummy of your legs for this if you don’t want to bend in weird ways. The dummies would make it easier to ensure a smooth look on both sides of the leg, as well.

I know it’s not easy to see, because black shoes are difficult to photograph. These are some pretty cheap heels from Wal-Mart, they only cost me 15 USD. They’re comfortable enough to wear around for a bit and cheap enough to ruin. Wal-Mart shoes in general suck if you want them to last a long time (though it hardly matters since they’re so cheap) but since your average cosplay won’t be worn every day, they tend to be fine for that. Another option for shoes are to check out a thrift store, but it’s a bit of a gamble. I’ve gotten shoes for really cheap at thrift stores to modify for cosplay, and it’s worked out great. In this instance though, I saw these heels and they were great for what I wanted. They slip on easily and in this instance that’s what mattered most to me. 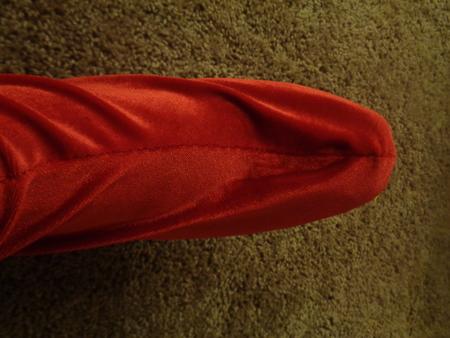 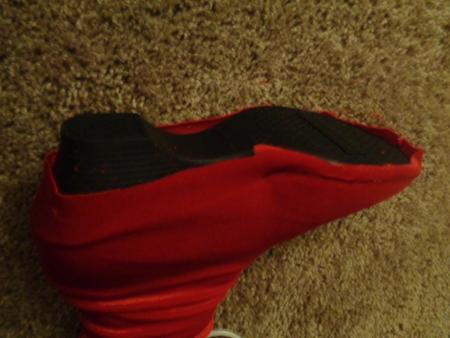 More of the same, though I’d trimmed a lot of the excess. 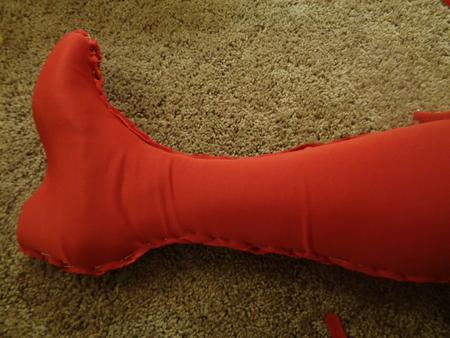 Here you can see where I’m gluing it up near the sole. I like the shape of the shoe so I’m just following it along.