Now with the new movie having come out, and a few cartoon series and comic books running around, Star Wars is here for a younger crowd to properly enjoy. While you may not see many nods to the classics at an anime convention, you will see characters from the newer cartoons! It’s so heartwarming to know something that has come before many of us is still going strong with the younglings, and not just because of parental influence.

Even if you’re not a fan of Star Wars, or you’ve never sat down and watched it, you know more than enough about it to recognize most things Star Wars. This is a judgment free zone, as I am not personally the biggest Star Wars fan myself. I know, a geek that’s not spazzing about Star Wars? What’s up with that anyway? I have no good reason for you, so... oops. 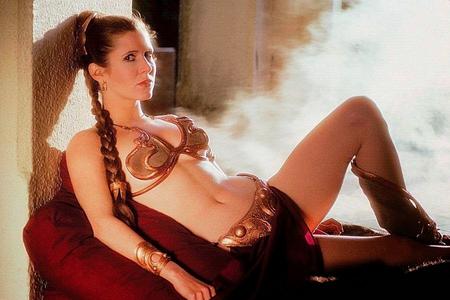 It’ll be kind of fun watching a few things come full circle this year with the new movie. I’m sure Dragon*Con will be bursting with new Star Wars cosplayers, just as it did back in the day!

Star Warsand Star Trek are probably in the top tier of subject matter that influenced cosplay as we know it. The cosplayers had to start somewhere, and if you check out a few conventions from the 80‘s those are most of what you’ll see! There will be some Thunder Cats and He-Man intermixed in there of course, but Star Wars and Star Trek were more acceptable ‘adult nerd’ interests back then.

Nowadays, you can’t go through a fantasy/sci-fi convention without seeing something Star Wars inspired. Whether it be a Storm Trooper or a Slave Leia Disney Princess crossover, the Force is going to be right there waiting for you. In my time as a convention goer and a cosplayer, I’ve seen many Star Wars cosplays that are more than worth a respectable nod. These are some of the cosplays people go out and spend some serious money on. Crossovers are massively popular, with so many different options it’s literally insane! I’ve seen a Slave Leia/Deadpool crossover, and one does not easily recover from the glory that that was.

It’s reasonably fair to say that Star Wars is a massive impact on the cosplay community. Really, it’s fair to say it probably was one of the impacts that we’ve seen.