Of course, after Dawn of X we have the “Worlds Unite” story line that just recently ended. This story line actually lets X and Mega Man meet as well as several other firsts among Capcom characters. My main hope is that we will get an X ongoing at some point. The Mega Man comics have been going strong for awhile now, recently hitting its 50th milestone issue, and with great stories like this we can all see why. I know this hasn’t been much of an article this week, but I don’t want to give away too much more than I have. Go out, pick these issues up, and enjoy one of the greatest blasts from the past you’ll have in awhile. Oh and a word of advice.....go ahead and dig up your copy of Mega Man X now.... it will save you the time of looking for it later.

Thats it for me this week boys and girls. Tune in next week as one of you crazy comic book fans on Patreon is bringing us The Next Issue! 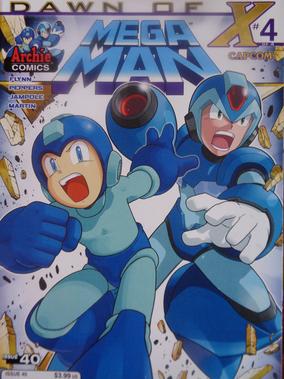 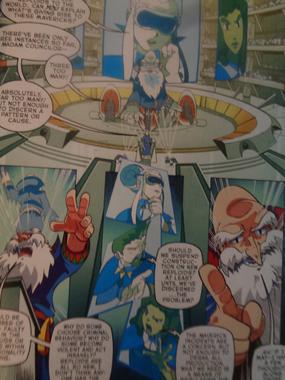 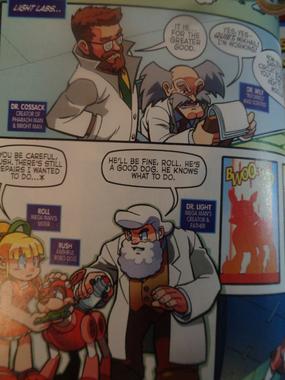 So far, as my video mentioned, I have only made it through the Dawn of X story line. This story line was a dream for me, as I got to see a “sort of” cross over with X and Mega Man over time. I love time line stories when they are side by side like this. Getting to see something happen in the past, and immediately see the ramifications in the future. Or even better, I love getting to see something crazy in the future that makes you wonder, “How did that happen?” and then seeing it play out in the past through the story. The art for these books is also done very well as Mega Man is drawn to be more of a innocent being, still more robot than human, almost childlike in some ways. While X is drawn sharper, more futuristic, with a little more grit and darkness to him. He is still the pacifist light of his dark future, but he still still a darker form of Mega Man to fit his time. You also see this with the art between Dr. Light and Dr.Cain, as Light is way more bright and cheerful looking (even when he’s upset) where Dr. Cain is quite the opposite. Even when he is happy to have found some long lost data, he still has more grit and age to him. 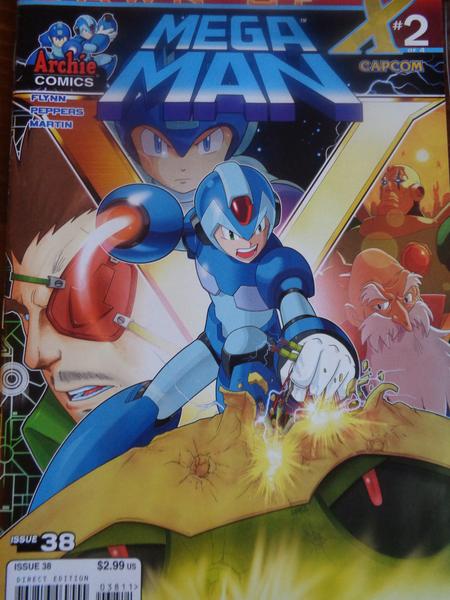 That's one of the things I love about bringing X to the comic medium. I get even more of the story fleshed out than what was in the games. Watching Dr. Cain open X’s chamber, watching Dr.Light's warning message about X, seeing his thoughts as this was occurring instead of just jumping right on in to the game play.... is AMAZING! If you have ever been a big fan of Mega Man X, you really should give this a shot. In the comic, we get to actually witness the birth of the Reploid race, the first rumblings of Mavericks, and even the beginnings of the Maverick Hunters. Reading about X and seeing that X would make future appearances in the Megaman comics had two effects on me. First, I put the comic down and started a new game of Mega Man X, which I played all the way through, and second, I had my local comic shop add this book to my pull list as well as order me past graphic novels to catch up on. 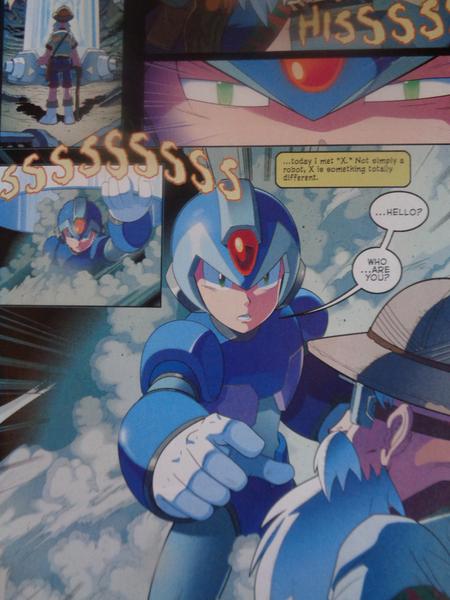 Hello everyone and welcome to another grand week of The Next Issue. I’m your host, the Power Trip, and today I conclude my thoughts on Mega Man X. For years, I would watch friends of mine play the Mega Man games. I enjoyed watching and eventually tried it out. My first dip into the world of Mega Man was Mega Man 2 on the NES. Over time, I would eventually try out all the Mega Man games as they released, but it wasn’t until X that I found MY Mega Man. X was the first of his kind in many ways. The story still involved fighting Robot Masters, but now they were called Mavericks. They were rogue Reploids, or sentient robot beings, that you were helping to hunt down before they could hurt anyone. While I enjoyed playing the game, much like any game I play, my favorite part has always been the story. What happens after Mega Man is gone, when Dr.Light and Wily have passed. This brought us the story of X....