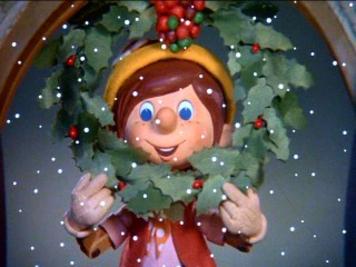 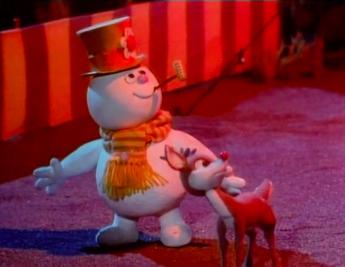 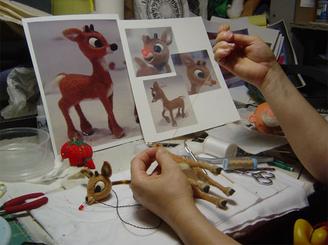 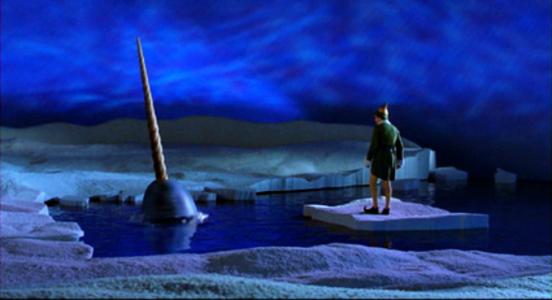 The traits of a Rankin-Bass special are so distinct that they have propelled the art into its own genre—one that is easily parodied due to the outdated style and nebulous copyright status (particularly in the case of Rudolph). The specials are easily identified due to the inclusion of many (if not all) of the following: 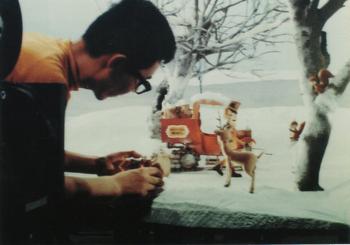 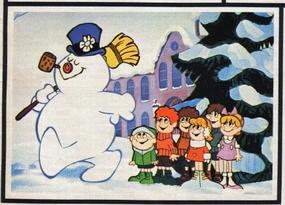 Old-school celebrity voice talent: Mickey Rooney, Ethel Merman, Danny Kaye,  Fred Astaire, and Jimmy Durante were just a few of the big names associated with Rankin-Bass specials, and their backgrounds in vaudeville and Golden Age features helped create the traditional sound synonymous with these classics. Talents such as Burl Ives and Andy Griffith also added a folk feel to the specials.

Revisionist takes on the source material: Many of the specials were retelling or enhancements of holiday standards. The music selection always included these classics, with fresh instrumentation, vocal performances by respected celebrities, and underscore versions. The specials also featured new songs that eventually became classics in their own right, such as the theme songs of the aforementioned Snow/Heat Misers.

Quirks and all, the Rankin-Bass empire is permanently a part of the Christmas season. Generations will continue to preserve these features, because they offer a familiar comfort in a world that seems Hell-bent on chasing edginess. 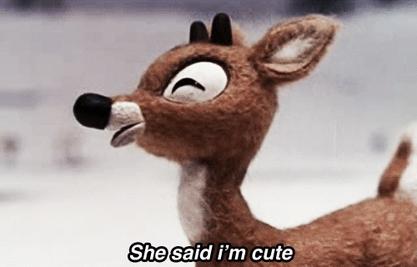 As great as these are, they have some WTF moments...  Here are 10 of them. 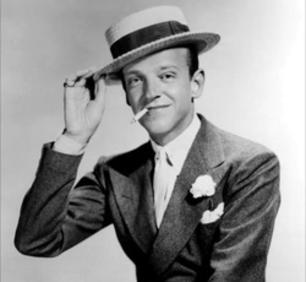 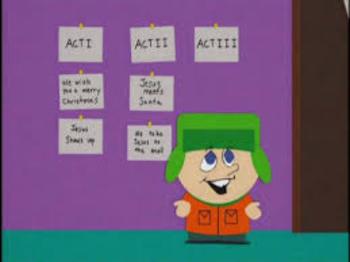 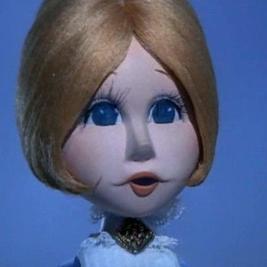 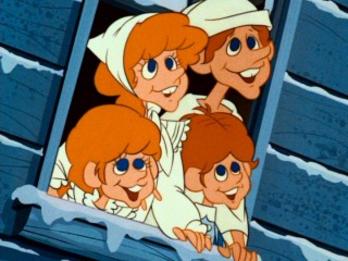 Somehow, in an era made so cynical and steeped in technology, these specials continue to make the rounds in December. Founded in 1960, it was their version (which deepened the plot of a 1939 song, published first as a poem, eventually performed by “Singing Cowboy” Gene Autry) that has become synonymous with the myth and the character itself. It was a departure from their early cel-animated work (which re-emrged as feature work in the late 70s and early 80s in the form of the animated Lord of the Rings movies and The Last Unicorn) in that it was stop-motion (a process called “Animagic”). It was initially aired once a year at Christmas time, but now appears on television multiple times throughout the season.

The trademark look and feel of these specials have been referenced and parodied many times over. An episode of South Park once included a sequence based on ‘Twas the Night Before Christmas,  even going so far as to include the song “Even a Miracle Needs a Hand” word-for word. The Will Ferrell movie Elf features a scene based on Rudolph’s iceberg journey, including talking animals such as a narwhal depicted in the style of Rankin-Bass characters. 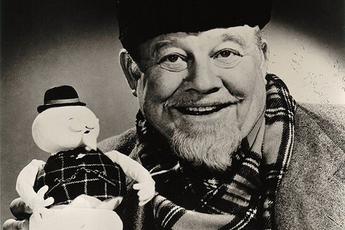 Ancient animation: The stop-motion puppetry, once so groundbreaking, is now a flawed and much satirized medium. While it still accomplishes a charming aesthetic, it comes across as awkward and unfinished, especially when paired with the inconsistent dubbing and odd model choices. When a Rankin-Bass character speaks, it is not uncommon to see a lot of flailing arms and rotating heads. 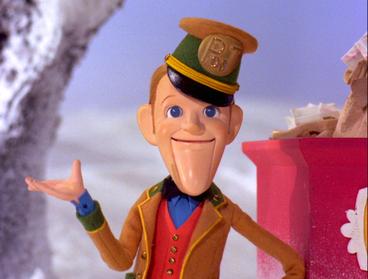 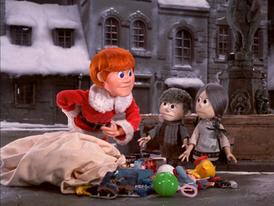 Rankin-Bass Productions is as connected to the Christmas season as Coca-Cola’s incarnation of Santa Claus. Its use of dolls propelled by jerky stop-motion animation and characterized by awkward expressions and dubbing (much of which was a product of outsourcing to Japan) is quaint, and consumed with vigor during the season of nostalgia and tradition. 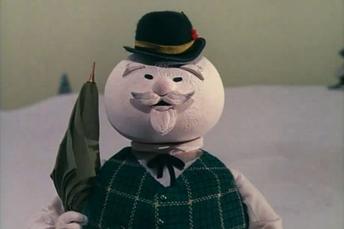 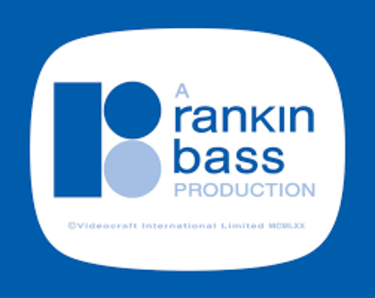 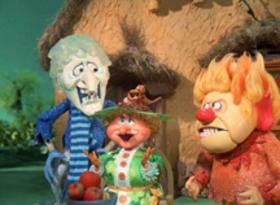 While Rudolph is easily the most well-known of these specials, there are plenty of others produced up through the dissolution of the company in 2001 (although most were produced in the 1960’s and 70’s. These include Frosty the Snowman (1969, a cel-animated feature), Santa Claus is Coming to Town (a 1970 retelling of the origins of Santa Claus), The Year Without a Santa Claus (a 1974 feature, perhaps better known for its supporting characters, brothers Snow Miser and Heat Miser), and Jack Frost (1979). 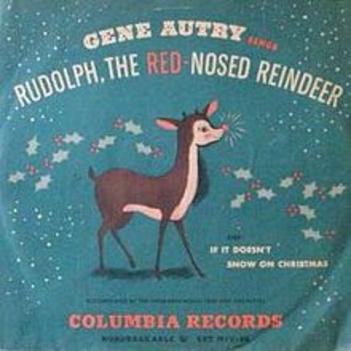 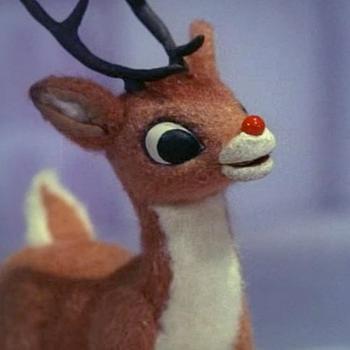 Well-rounded characters—physically, that is: Human and animal characters alike (and often sentient inanimate objects) are characterized by spherical heads and torsos with thin limbs. 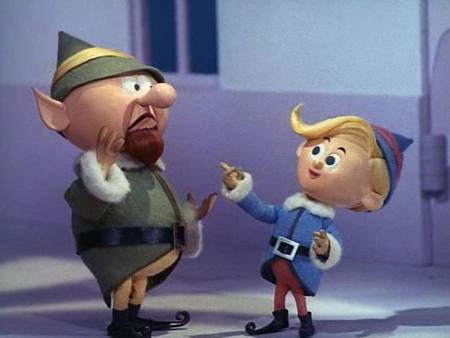 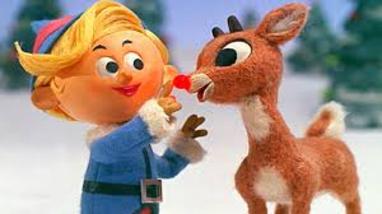 Eyes and mouths that are either tiny or enormous: Most Rankin-Bass characters have no irises. The eyes range from beady, standalone pupils to perfected rounded saucers, which can change when a character is angry, surprised, etc. The eye styles (and, really, facial expressions as a whole ) are reminiscent of anime, which makes sense considering the outsourcing of the product. Mouths in the stop-motion doll animation are typically small and pink or large and toothy. Speaking of teeth, pretty much all the smiles are triangular with close-set and distinct top teeth, resulting in a bucktoothed look for most characters. The voice acting frequently did not match the mouth movements, so louder and more intense line deliveries could coincide with a reserved facial expression, and vice-versa. 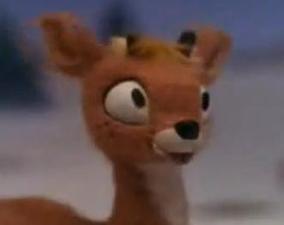 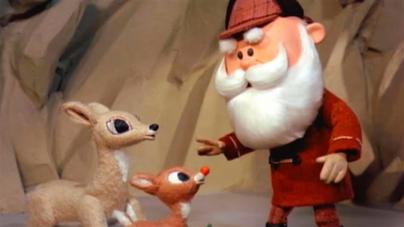