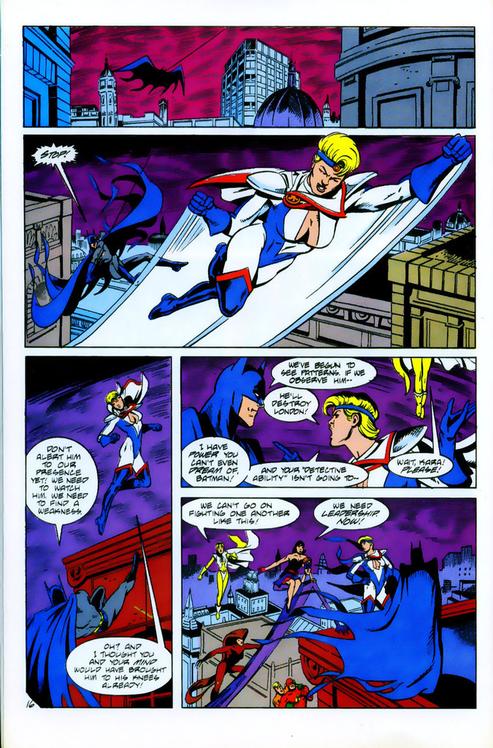 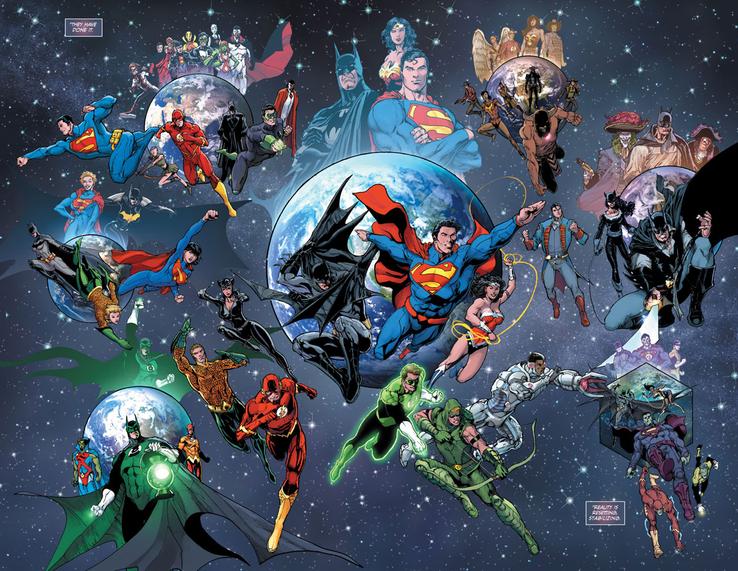 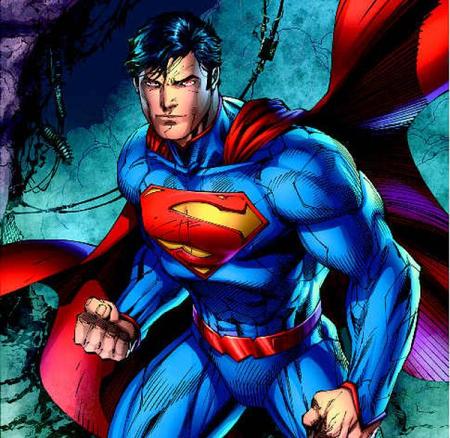 This is where our first hints of what DC may have in store for the Supermen come into play. You see, Convergence did indeed bring the pre- New 52 characters back into the fold, but it is explained that the versions of those characters we are seeing were ripped out of the timeline just as their reality was being overwritten. Obviously, not all of the pre-New 52 DC universe made it out of the Flashpoint paradox. Only a handful of characters from that universe were around and kicking, most of the bat family, Superman, Lois, their newborn son, Wally West and his kids, to name a few. They were moved out of the time stream to a little safe haven as part of a collection of Braniac's as the villain was trying to bubble and study small slices of the past multiverse. At the story's conclusion, Braniac uses a handful of the heroes to reset all of the major crises of the past. When he does so, we are shown and told that the multiverse evolved into what we know as the main versions of today's multiverse. This is backed by the last two splash pages in Convergence #8, as we see pictures of different Earths with the old versions of its heroes in the back ground and the newer, evolved versions in the foreground. Another bit of proof we get of this is the mini series, Multiversity, which has several heroes traveling across this new mulitverse and discovering several of the new Earths.

And to start us off, I thought I’d touch on a widely speculated upon topic at the moment: the true identities of the New 52 Superman and the Post-Crisis Superman. Why is this such a huge deal? Well, it all started many years ago at the birth of the New 52 universe. When it all began, we were led to believe that, thanks to a blunder in time by The Flash AND the merger of two other realities with the main DC universe, all of time was rewritten. The new reality overwrote the old, and the New 52 was established as the new main continuity. Fast forward several years to another giant DC epic story line, Convergence, and DC establishes that the pre- New 52 universe exists as a sort of parallel universe. OR DID IT!?

So let me start this week's article off with a little disclaimer and a fun little explanation. While the title of this article does mention Chapter I in it, this is by no means going to be a giant book you are about to read today. No, see, the fun of this new style I’m going to use is in where I got my inspiration for it. I’m sure MANY of you watched the old Spider-man cartoon in the 90‘s, and if you did, I’m sure a lot of you also remember that each episode name would sometimes have a sub-name to a much larger over arching story and chapter number. The episodes did NOT air in the order of those stories, so one week, you could watch an episode that had the sub-name “Venom Chapter II,” and the next week, you're watching an episode with the sub-name “Green Goblin Chapter XXV.” This is where the fun of these articles is going to lie, in the idea that this is Chapter I of a fun little theme in continuity, but later chapters will be sporadic. When read together as a whole, it will be a fun, long, enjoyable read.

Power Girl is probably the best example I can give of this. She is the Golden Age version of Super Girl, after all. She was the Golden Age Kara Zor L, and after the first Crisis, she was kind of stuck in limbo. By the time she arrived, the universe had already chosen a Super Girl for its needs, and she wasn’t it. Now, I’m sure anyone will tell you this is just how writers want a story to go, but looking at it from how they want their universe to work, this is still brilliant. The universe shifted PG’s origin to make her Atlantian. It wasn’t until the next crisis was starting to come close that her powers, and history started to come back. Once the multiverse returned after infinite Crisis, Power Girl stayed in the main reality, but since there was a multiverse again where once there wasn’t, the universe didn’t try to rewrite her history to make her fit anymore. If there is only one universe, then it will try to find a way to force the puzzle pieces from OTHER puzzles to fit in it because they can’t go anywhere else. In the case of Wally West, it's a tad different. See, this was HIS reality that was overwritten from the start, so his memories are shifting from the missing ten years the Watchmen took. He’s fighting it, but sooner or later, if the time line is not put back right, his mind WILL adapt to a new history in this time line.

So where does this leave old Supes? Well, that’s a fun little question as PC Superman and New 52 Superman have actually shared the same space and fought side by side now. This SHOULD NOT BE POSSIBLE as New 52 Superman is supposed to be PC Superman, just overwritten in the new time line. This is where the living universe starts to come in, as in current issues of Action Comics and Superman, we are seeing PC Superman having a few mixed memories he should not have, and he is informed that neither he, his wife and son, nor the other Superman were what they thought they were. Here’s where the clues end, though, and the speculation keeps going. Until DC reveals their endgame, we won't know if PC Superman is actually the one true Superman. Is the universe is beginning to adapt him into this reality? Is the New 52 Superman some kind of anomaly the universe or even the Watchmen generated to manipulate things while the true Superman was gone? And what of the two Loises, as both are also inhabiting the same planet but should be the exact same person for this reality. What do you think? Will continuity be shoved out the door for the true explanation to occur, or will DC manage to put in a pretty good reason for there being two Supermen who should be the exact same guy? We probably won't know for a while, but until then, we’ll be ready and waiting for The Next Issue.

At this point, you may be asking what any of this has to do with what's going on here and now with the two Supermen. Even with the changes to the New 52‘s origin tale given in Rebirth, one part of the story has stayed consistent: that the New 52 universe IS the main reality, just changed and overwritten. Where Flashpoint kinda just threw us through the door and slammed it shut with this brand new reality, Rebirth gave DC the ability to integrate in old tales and bring some of the fans' favorite parts of the past back. See, at the point of Convergence, everyone is said to be sent back to where their universes and timelines were when they were taken, except for the pre-New 52 or post Crisis Superman and Lois. They were thrown into the past to change the present, and while we have not seen what force helped get them to present-day New 52, I’m sure it will have to do with the will of the mulitverse. See, Wally was sent back to right before Flashpoint, but The Flashes have a habit of being able to slide between reality shifts. I’m sure that when Wally was sent back, he managed to shift himself through the Flashpoint and into the limbo he was stuck in for so long. Now remember what Convergence and Multiversity showed: that this reality is the old reality, just overwritten. Well without the original Wally West around, the new Prime Earth, as its called now, shifted and found a new Wally to fill his shoes. During Rebirth, when old Wally manages to enter this new reality, his memories instantly start getting hazy. Now, while I’m sure they may write in a different reason if they so choose, DC has already established in the past that the universe is like a great living being unto itself. When something out of place shows up, the universe finds a way to make it fit where it couldn’t before. 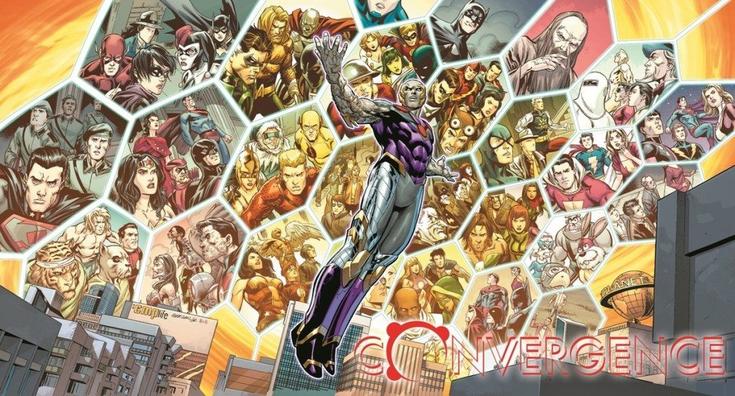 The Ever Changing Continuity