As much I tend to go for the joke, I really must admit that I have gained respect for this comic and its legacy. We are so used to following stories via YouTube, Netflix, meme culture, etc. that it sometimes seems difficult to really envision a time in which narrative unfolded as a slow burn, and people followed characters week by week for many years. For a story to last nearly 70 years, it must have merit. Clearly, Rex Morgan, M.D. is so much more than my childish brain gave it credit for.

In addition to addressing real medical problems in a factual manner, the comic dealt with subjects such as domestic violence, sexual harassment, drug abuse, and euthanasia. When you consider that the MPAA’s Hays Code (established in 1930, strictly enforced in 1934) was still in effect well into the 1950’s, it is surprising that a comic that started in the late 40‘s was still able to get away with such taboo subject matter. In fact, it had a series pulled in 1950’s because it featured a nurse who attempted to euthanize her ailing father. A New Jersey paper. Newark News, refused to run it due to “an attempted mercy killing” that had “no place on [this] comic page.” In other words, Rex Morgan, M.D. was tackling controversial social issues long before Garry Trudeau’s Doonesbury was pulled from papers.

This makes sense when you consider that my favorite comic was, and still is, Peanuts. You did not need to read Peanuts from the beginning to follow it. Sure, the characters evolved (i.e. Patty into Peppermint Patty, the general look of all the characters), but the plot-driven versions were usually confined to the animated adaptations. Even the musical is primarily thematic rather than plot-heavy. I was aware of other series that contained a building narrative, but the arc was usually established more recently to satisfy the dwindling attention span of folks who still read the paper.

It turns out that all of those “out-of-context” blurbs were simple continuations of narratives I did not have the interest or attention span to follow or retroactively pull from, so I ignored it. I even found myself wondering why the comic still even ran. Well, that was before I discovered the rich and fascinating history of what the comic once was. 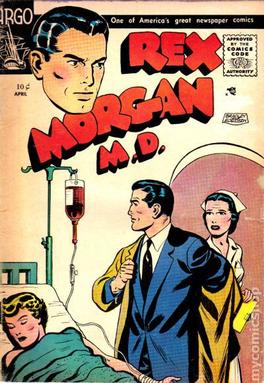 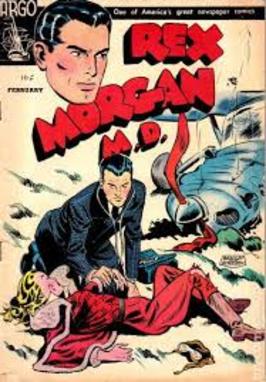 The Next Issue: The Funny Thing About Rex Morgan, M.D. 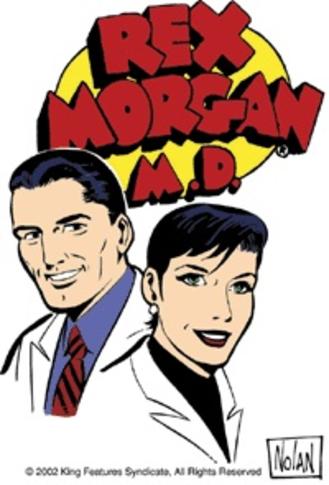 When I started writing this article, I had every intention of poking fun at a comic series that had puzzled me since childhood (sort of like I did with another classic). As an avid reader of the funny pages, I enjoyed Peanuts, Non Sequitur,Calvin and Hobbes, etc. Then, I’d get to Rex Morgan, M.D. I’d usually skip it, but when I did stop to glance at it, I found some out-of-context panels in which some mysterious, yet dramatic, event was unfolding. Much like when I tried to watch Dragon Ball Z and got bored after three episodes of what appeared to be two characters standing still and screaming at one another about something, I was always perplexed that I never seemed to understand what exactly was happening in the comic. 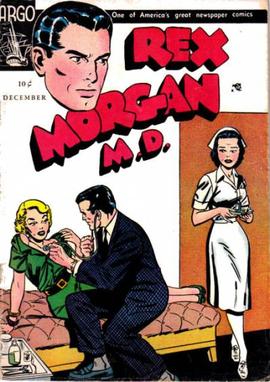 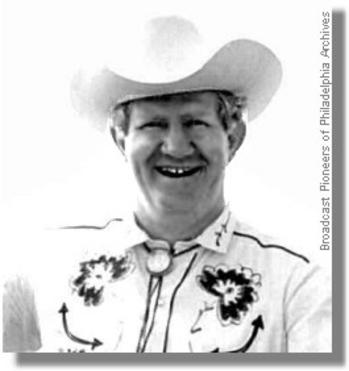 The most surprising aspect of Rex Morgan M.D.’s legacy is not the controversy. Rather, it is the fact that the medical events featured in the stories were so accurate that prestigious individuals and organizations use the comic as a teaching and research tool. Harvard University used one series of the comic to teach students about epilepsy. The Leahy Family Foundation, which funds and educates those with special needs, has also used the comic as a resource. Perhaps most remarkable is the fact that, long before we were scrolling through WebMD and internalizing worst-case scenarios regarding out health, readers of Rex Morgan were ACCURATELY diagnosing themselves with various illnesses. Basically, the comic very well could have saved lives do to its accuracy. 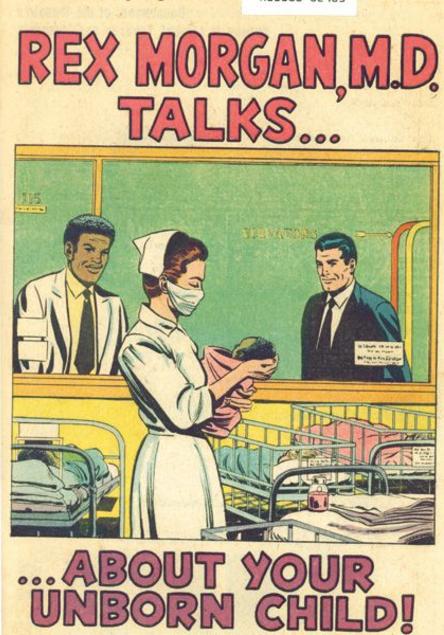 Rex Morgan, M.D. is a soap opera. Like televised soaps, it has a mythology preserved and passed along by folks who started reading the comic when it debuted in 1948. Unlike other soap operas, though, it was built upon a foundation of reality, for it was created by a real psychiatrist. His real name was Dr. Nicholas P. Dallis, but he wrote under the pseudonym Dal Curtis. It is the story of Dr. Rex Morgan, a doctor who takes over a practice in the small town of Glenwood. Here, he works to help challenging patients dealing with everything from tuberculosis to HIV/AIDS. Dr. Morgan marries his nurse, June Gale, and they have a daughter named Sarah (who later had strips devoted to her adolescent adventures). The comic’s name is inspired by a REAL Dr. Rex Morgan, who, in addition to becoming the host of a kids’ show in the 1960’s, was the US Army’s attending mortician at the hanging of NAZIS convicted in the Nuremberg Trials!