Holidays create stress, but we should embrace the comfort they offer without reservation. It promotes our creativity, maintains our traditions, and, perhaps most importantly, keeps us sane. As for Hocus Pocus, it will always be a favorite—and required viewing. I am leery of a sequel, but if Disney can work its magic and preserve the sheer delight of the original, I’ll give it a chance. Happy Halloween! Be a kid again.

And now for something with a little less funny and a lot more sCARY...

This, of course, was slightly before the fear of razor blades and drugs hidden in candy polluted the headlines. To be fair, the fear was still present, but it did not seem to cloud our minds quite as much as it does in 2015 (now that many folks my age are parents). There were “sexy” costumes, but Sexy Ninja Turtles and Disney princesses were not that prevalent. Trick-or-treating is still a thing, but the constant anxieties of modern living lurk like the Boogeyman. Before we can even unwrap the first piece of candy, Thanksgiving and Christmas are forced upon us nearly a month early, with an emphasis on financial strain and the stress of mass planning. It is the one night of the year during which we can be kids again for a few hours, and somehow, it is starting to slip away as well. This could be my nostalgia glasses deceiving me, but I don’t feel as if I’m alone.

With all this in mind, it’s no surprise that people, especially those who were children in 1993, cling to Hocus Pocus and similar films. It has an unabashed nostalgia that is comforting to us and it allows us to embrace something from childhood and fully commit. If you speak to someone who was a kid in 1993, you can likely chant, “Amok amok amok amok,” and get a positive reaction. Chances are, depending on your exact age, you may have even learned what a virgin was from that movie (since Max was the “virgin who lit the Black Flame Candle," thus completing the spell). And yabos. We can’t forget yabos. 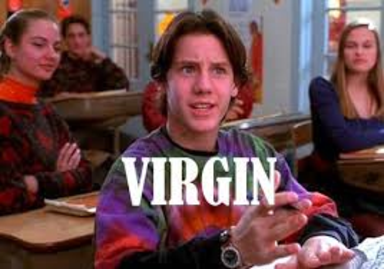 Bruh…it’s on, man. IT’S ON THE DISNEY CHANNEL! 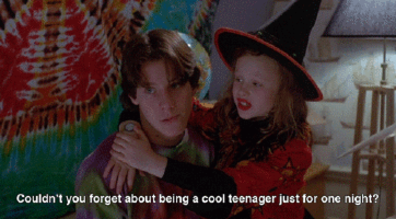 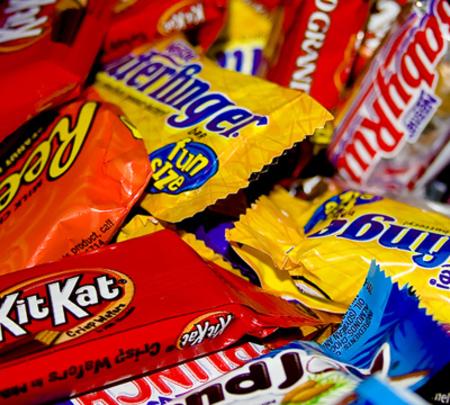 When October rolls around, I am smitten with a nostalgia overload. The Halloween season is one of the most potent reminders of childhood, in part due to its status as herald of the entire holiday season. Adults are allowed to pretend again. The weather hits that perfect level of crisp coolness. The comfortable clothing emerges, the trees turn a brilliant orange red, and the air smells of sweet spices. Movie buffs revisit horror classics, and many others turn to childhood favorites. In 2015, it seems as if everyone requires at least one viewing of the Disney witch comedy Hocus Pocus. 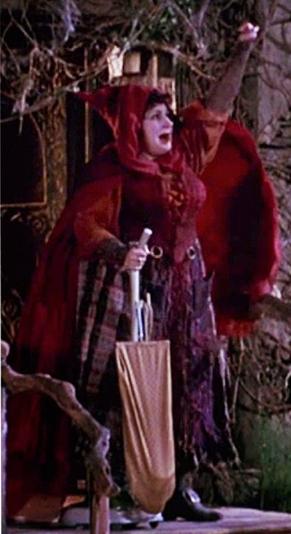 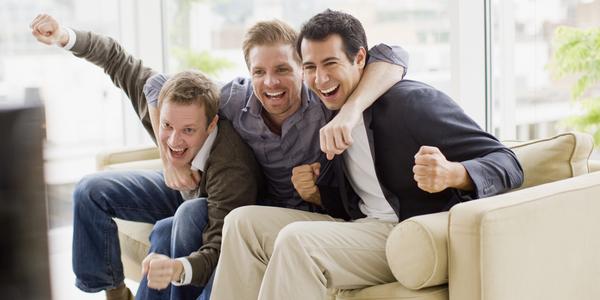 In case you are an uninitiated Hallow’s Eve Humbug, here’s the plot: Two teenagers and a little girl accidentally conjure three silly witches who rely on the spirits of children to stay young. With the help of an immortal, talking cat, who is actually a human cursed by the witches back in the 1600s, the meddling kids try to stop the witches from kidnapping all the children of Salem and sucking out their souls. It’s a delightfully campy take on the Salem Witch Trials, quaint tradition, and small-town legends. Oh, and there’s a grandiose musical number by Better Midler, and Kathy Najimy flies on a vacuum cleaner instead of a broom. In other words, it is entirely too silly…and entirely too fun. 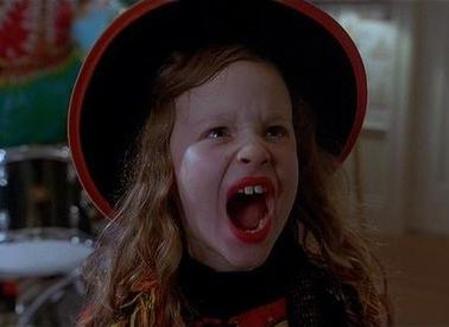 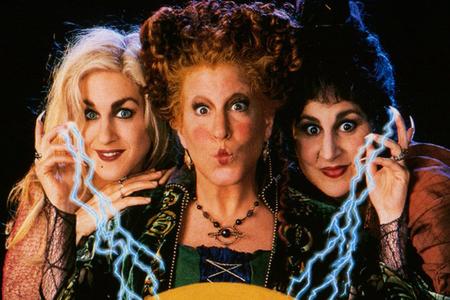 While the focus here is Halloween, this applies to holiday films in general. Film, once again engaged in a symbiotic relationship with culture, both defines and emulates tradition. We watch Hocus Pocus and The Great Pumpkin at Halloween, we watch Planes, Trains, and Automobiles (or, more accurately, a Christmas movie) on Thanksgiving, and we cover a whole cinematic spectrum at Christmas. That said, it’s the Halloween film that kicks off the season of harmless regression and the giddiness that accompanies it. Bette Midler, a renowned vocalist and celebrity of stage and screen, plays Winnifred Sanderson without a hint of irony. Kathy Najimy and Sarah Jessica Parker also embrace their slapstick roots. The children (including a young Thora Birch) are equal parts annoying and endearing, but then again, so were we at that age.

It seems odd that a goofy children’s fantasy movie that practically flopped (especially by Disney standards) in 1993 has become required viewing for all ages during the Halloween season, particularly within the last five years or so. It has waxed and waned in popularity over the past decade, but now it has reached Great Pumpkin status. There is even confirmed talk of a sequel featuring most of the original cast.

So much of this film captures the nostalgia surrounding Halloween, which was still full-force in the 90’s. The trick-or-treating, right down to the cheap costumes and goody bag designs, was exactly the way we remembered it in the 90’s. We, too, marveled at the fact that our parents, who were always so strict and stern, were cutting loose even more than we did (and wearing much wilder costumes). The movie, fantasy elements and all, encapsulated everything we needed Halloween to be as children.