In the interest of balancing things out, I will say that for every dozen or so bad teacher movies, there is at least one that is positive and (mostly) realistic. In next week's video, I will look at five films that feature my favorite teacher characters of all time and discuss why they stand out. Until then, hug your teachers. They deserve it.

I'd like to think that Hollywood does not influence public opinion to the point of misconstruing things, but we all know I'd be wrong about that. I'm certainly biased, but that makes it no less true. When you witness enough people expecting these absurd scenarios to play out, you notice these things. Also, when you look at the overall commentary regarding teachers in the real world, the tropes represented in these films are all the more insightful.

FEATURED IN: Teaching Ms. Tingle, Ferris Bueller's Day Off, Matilda, Harry Potter and the Order of the Phoenix, 21, The Chocolate War, Donnie Darko, the Back to the Future trilogy, The Breakfast Club, Dead Poets Society, A Little Princess, The Faculty, and many more.

Perhaps the most prevalent teacher trope, this teacher is pure evil and has chosen this career path A) to inflict pain and suffering on innocent children, B) because there were no other options, or C) both. The sense of dread felt in the tummies of new students is a direct consequence of this character archetype. These teachers kill creativity, ensure academic failure, and take pleasure in the utter misery of all students, good and bad. They are usually hideous in appearance, suggesting something other than human, and approach education in a manipulative or militant fashion. Often, these teachers are direct antagonists with little or no chance for redemption, and they usually represent a larger institution which a young, virtuous protagonist is destined to revolt against and, eventually, dismantle. In short, these teachers are the stuff of nightmares. 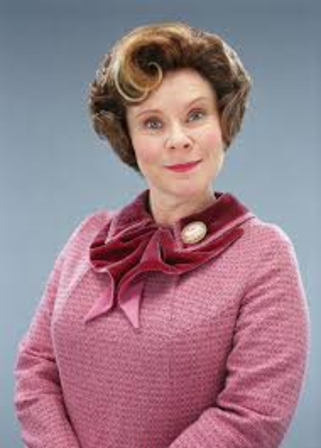 This teacher has no idea that the students do not learn a thing in his class. This teacher barely knows how to dress, and the daily outfit attempts are a source of constant amusement. The teacher has at least one potent tic, such as a nasal voice, a physical deformity, a painful lack of humor, or a complete lack of coordination. The students regard this teacher with indifference at best and derision at worst, but there is always a reason to laugh. Similar to the Incompetent Buffoon is The Loser.  Unlike the Buffoon, this teacher could actually be quite wise and quite good at the job. On at least some level, this teacher may even have the respect of students...but also their pity. This teacher wears beige suits (if male) or frumpy skirts (if female). Like the Buffoon, the teacher may have physical or verbal quirks. The biggest distinction here is the personal life. This teacher is single, poor, and/or has a lot of cats. Frozen dinners in front of Jeopardy or "the Wheel" constitute banner nights. Attempts at dating end in embarrassment. Any time that is left over is spent grading papers. Many a time, I have seen looks ranging from confusion to shock on the faces of students who have seen me dressed down and out in public. Thanks to countless portrayals of the Loser Teacher, many students have crafted such a narrative and applied it directly to the lives of their teachers. They see the formality and command of the classroom as the only persona their teacher is entitled to. They certainly can't picture their teacher functioning as an adult human with hobbies and emotions.

I won't lie...sometimes, there really is something to be said for jumping onto a desk and reciting Whitman. Go ahead and judge. That said, I will fully acknowledge that that alone does not an education make, and some things just don't look as cool in real life. Think of it as the teaching version of walking away from an explosion in real life; most humans can't really pull that off and live to tell about it.

Here we have the opposite of the White Savior--a different kind of fish out of water. This is the somewhat goofy and very unorthodox outsider who comes to teach at a straight-laced establishment, such as a private or parochial school, with the intent of "shaking things up" a bit. The students resist at first, but soon they are seduced (not in that way...we'll get to that later) by the teacher's charisma and his eagerness to break the rules and humiliate authority. The teacher, admittedly, has some fascinating approaches to the content, but he seems to be living out a childhood fantasy and bringing students along for the ride. 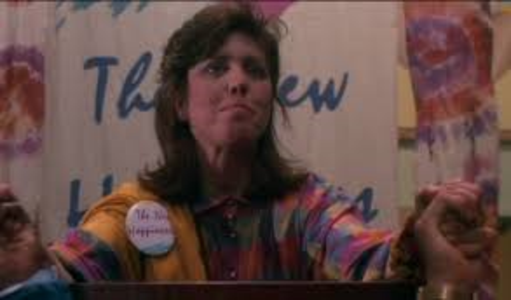 Obviously, I have no problem with the IDEA of portraying teachers as highly influential people. That is technically why we choose this profession. What I do have a problem with is pandering--both to educators and to the underprivileged. There is something a little unnerving about the fish out of water being the only apparent person who can "save" these young people--many of whom are black and Latino. There are some very scary implications there. On another note, the entire premise is stale. Even the fact that so many of these teacher characters are based on real people does not negate this.

White woman, preferably young (late 20's-early 30's) and conventionally attractive goes to work for an inner city school. She is plagued by her own first-world problems at home, but nothing prepares her for the violence and crudeness she encounters in the first day. She is ready to quit immediately, having failed miserably right off the bat and causing the students to respect her less than they did when she walked in. But no...she holds her head high, spends her own cash on thirty-plus composition books and copies of Catcher in the Rye, and sets out to win hearts and change lives. After a single journal entry in the composition book and a chapter of Salinger, the kids want to LEARN. Eventually, the teacher loosens up and teaches them grammar in the form of an original rap. Before the end of the film, at least one kid  is killed in a gang fight and another has a baby, but hey...they finished their journals. All because the middle-class white woman came and changed their lives.

" How do I reach these keeeeeds?" 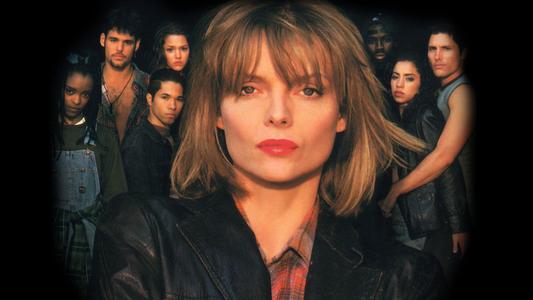 With this in mind, I present five types of movie teachers--five archetypes that drive the fantasy and the lip-service that play out in the real world when it comes to teachers.

And then, you have the movies. Life is imitating art, since the mythology of education presented onscreen has spilled over into the national psyche. Even teachers who experience the reality of it have fallen for the illusion. It wasn't until I became a teacher myself that I noticed the teacher archetypes presented onscreen that have contributed to the misconstrued concept of the profession.

Society has a weird relationship with teachers. On one hand, teachers are elevated as paragons of virtue and wisdom, stamping out ignorance with metaphorical lug sole boots and doing so for little reward. On the other hand, they are the ones who "settled," the ones who teach because they could not "do." Political candidates reference them with the mouths of both their faces--saluting them and vilifying them all at once. Veteran and novice teachers alike crumble under the weight of unjust evaluation systems, angry parents, encroaching politicians, and the new challenges of each upcoming generation of students. 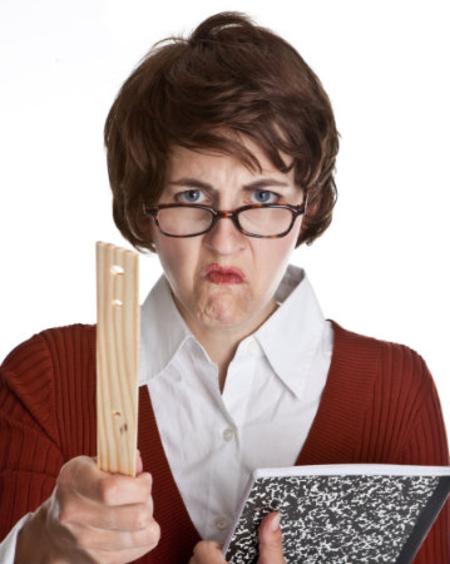 The Mythology of Teacher Movies

These teachers obviously show up in comedies most often, but there is subtext. There are plenty of folks who think this is what the majority of  teachers are ACTUALLY  like. This would be innocuous enough if there weren't so many people who looked to teaching as a job that any moron could do--a job that was the consolation prize for a failed attempt at something "larger" and more purposeful. It wouldn't be quite as insulting if fewer people saw us as cartoons.

So, you can go a couple of ways with this (no pun intended). You can go the thriller route, where either the teacher OR the student preys upon the counterpart in a salacious way. It can be played for comedy, so that the student (or, maybe the teacher) is caught in embarrassing situations resulting from his/her illicit attraction. Crime drama, straight-up romance (ew)...the possibilities are endless. And I am not comfortable discussing the possibilities any further.

I hesitate to even bring this one up, being a teacher myself, but this is a trope I cannot ignore. It is very likely that teacher fantasies go all the way back to the cave-drawing classroom. It makes sense, in a way. A teacher is one of the first post-pubescent, non-familial people a child directly interacts with. Boys in particular are going to be curious. Add this to the "sexy bookworm" stereotype and ripped-from-the-headlines accounts of student-teacher affairs, and you have a device ready-made for the big screen. 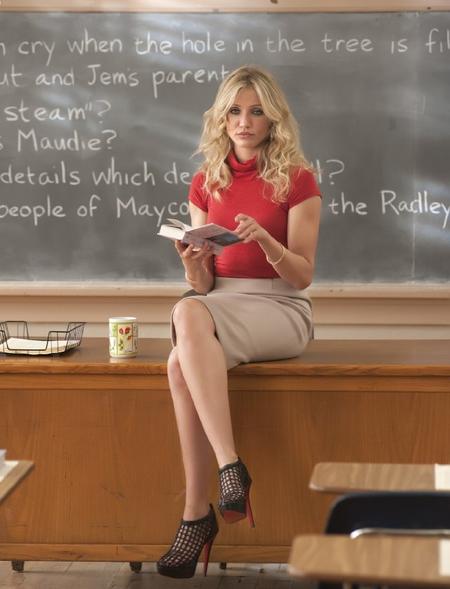