Hello readers, and welcome to the last issue of 2015 of your favorite comic web series, The Next Issue! With this final installment of the year, I thought I’d touch on some of the biggest moments in comic books for this year. Before I get started, let me say a few things real fast. First off, this being a review of the events of this year, this is your official spoiler alert! I will be mentioning some of the biggest plot points to happen in many comics and for any of you who have not caught up on your backlog, say, like my wife, this is a fair warning given as I do not wish to ruin anyone's comic experience. Second, try as I might, I sadly cannot keep up with every book out there so if I miss any major happenings about, feel free to write in and inform me of them. While I do not collect from all comic lines, I DO love to hear what's going on from every corner of the comic omniverse. And lastly, thank you, everyone, for making this first year of The Culture Cache so awesome. We are having a blast doing something we are passionate about, and we greatly enjoy sharing that love of all things nerdy with all of you. Now, lets get started with our look back at 2015! 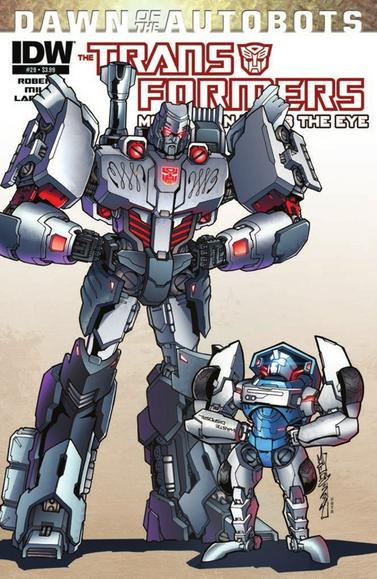 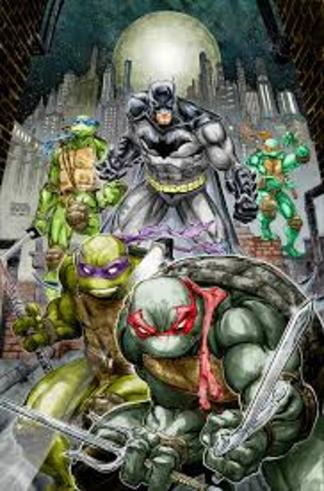 Going away from the big two, several other big name books have had some pretty hard hitting events. The Transformers world came crashing down...twice as Dark Cybertron led the Autobots AND the Decepticons to take on Shockwave and the dead universe. It's important to note that this event changed the status quo of Megatron. Not only did he NOT become Galvatron as Galvatron is now a seperate entity, but this year also began Megatron's current stint as an Autobot. Yes, Megatron, even now, is still an Autobot. As Cybertron attempted to recover, the Transformers had to deal with the Combiner Wars and the growing threat of Galvatron and the coming age of Prime...which is apparently not as great as it sounds like it should be. 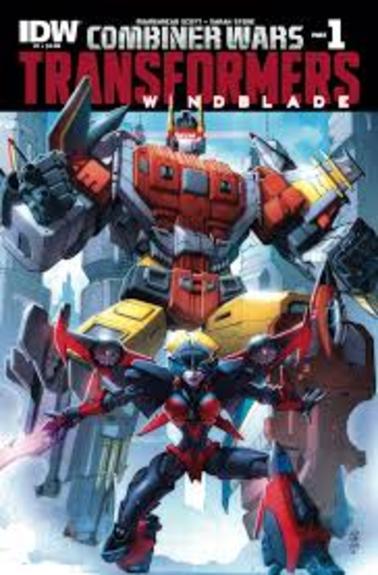 Marvel has also had one heck of a roller coaster ride this year. When it began, we were neck deep in the Spider-verse. The Wolverines were paying tribute to their dead friend, and Star Lord was dating Kitty Pryde. The all new Captain America, wings and all, was in full swing and we were reminded we had 4 months till time ran out. The Ultimate Universe was still around though it was beginning to feel the tremors of the Secret War to follow, and the X-Men were all over the place from the past to space. The FF also reminded us that “4 is forever," while Tony Stark reminded us he was superior. As the year went by, Spider-verse wrapped up giving us one last hurrah with the Superior Spider-man. While smaller titles handled their own personal agendas, such as the Hulk (now known as Doc Green) hunting and wiping out any other Hulks. Much more spiritual or cosmic entities were coming to terms with the end of the entire multiverse. Of course this was also the year Marvel kicked their Star Wars comics into high gear. Spiderman took up a second job teaching at the Jean Grey School for Mutants, and Magneto set aside his normal plans to start trying to stop the cosmic inversions destroying the multiverse. Slowly but surely, everyone was getting caught in the grip of the Secret War with just about everyone in the Ultimate Universe making plans to hightail it to the main Marvel universe. The only problem with Marvel's first “not a reboot” reboot is that it has been so massive that from start to finish not every book is anywhere near the same time point. When Secret Wars began, you still had several main titles that were taking place way before the final inversion. One, in particular, told the tale of the last inversion itself (Ultimate End), and several books took place all over Battleworld, the new Marvel universe, for the next few months as the rest of the multiverse was wiped out. This made for some interesting reading, as in one week, I could be reading how Thor's old flame, Jane, is the new “Thor,” then read how the Ultimate Universe is fighting the main 616 universe during the final catastrophe, then read several stories in the main event itself that takes place a good bit after the other books I just mentioned....all in one week. My point is that Marvel has a great story...their calendar just got a little jumbled.

Let's get this started with the giant year DC has had. So much has happened since January to the DCYou. Thats right this was the last year of the New 52 and the first year of the DCYou! When the year began, we had just seen Damian Wayne return from the dead, as well as Aquaman's mother, and the Joker was playing his Endgame. By April, we were in the Convergence of worlds and before we knew it, the ENTIRE multiverse had returned. Every Crisis, including the original, was made to have never happened. Sadly, Earth 2 was lost beforehand as well as Bruce Wayne....for a time. When the new multiverse had settled, the New 52 was gone and the DCYou had begun. With it came a de-powered Superman whose secret identity was revealed to the world, and a mech wearing Jim Gordon as our new Batman. The remnants of Earth 2 had found a new planet to call Earth two (see what I did there) and Hal Jordan was now a renegade running from the Green Lantern Corps....who subsequently vanished right afterward, making Hal’s sacrifice not quite as powerful. We have a new Dr. Fate, as well as a new face under the cowl of the Batman from the future (sorry, Terry fans). We even got to see the rise of a brand new bat villain to go with our new Batman, Mr. Bloom! Even Cyborg and Martian Manhunter got to jump into the “we have our own ongoing comic” club! Though poor John didn’t live very long into it, the comic is doing well with a dead main character. As we round out the year that exploded the multiverse, we have come to find out Bruce is alive, but with no memory of being Batman, Vandal Savage and a few of his buddies are behind poor Clark's power/identity loss, and The Anti-Monitor has killed Darksied! There is a war of the Robins in Gotham that the main four are trying to contain, and where we started with a Batman weekly book, we are ending the year with a different Batman and Robin weekly. Most of the Justice League, in the main book, are becoming gods, though since this story takes place before the main core books, we know this power boost will not stick. After a year as the top crime lord in Gotham, Selina Kyle looks to be stepping down and taking back the mantle of Catwoman, and the heroes from the old multiverse are starting to slowly slide into the main universe. Whew......as I said, DC has had a long, long year, and next year is looking amazing as several of the main books that started the relaunch back in 2011 are hitting their 50th issue milestones! I can’t wait to see what shall come next....Batman versus the Shredder anyone?

The Ninja Turtles have had their fair scare as Donatello was rumored to have died at the hands of Rocksteady and Bebop. Thankfully enough, Donny is alive though very hurt and is currently working with his brothers through the help of Metal Head. Buffy and Angel are both driving hard through “Season 10“ as the series continues where the show left off. Any fans of the slayer and the vampire with a soul should really check these out as they carry very well after the tv series itself has ended. Spawn began the year hitting issue 250, which saw the return of the original himself. As the year rounds out, Spawn is facing Satan himself for the soul of his wife.

To put it in perspective, as this year rounds out, we still do not have the final issue of Secret Wars, so we do not know exactly how the Marvel universe is back. The inversions caused an odd merger of realities known as Battleworld, which was ruled by Victor Von Doom. Almost every different version of the Marvel universe made up a different section of this planet. But here in December, we are already five issues in with the new Spider-man book and about three to four with several others. Marvel is doing a great job of not spoiling the ending in the books, but we are already seeing the All New All Different Marvel Universe without seeing how it was created or even what the new details are. Is this the only universe now? Is the multiverse gone? We know characters like Miles Morales is hanging around the normal universe now but we don’t know if that just means he didn’t want to go back to his universe when it was reborn, IF his universe was reborn, what happened to several other Ultimate versions of main Marvel characters, or anything really. Once again, I feel like I’ve been rushed into the after story when the main story isn’t even over yet. We are getting to see some pretty big things by year's end though. A global Spiderman, as Peter has taken Parker Industries (thanks Otto) to new heights! Miles is now the official Spiderman of New York. The mists that give the inhumans their powers are powering down and in some cases wiping out mutants all over the globe, making the mutant population on extinction level again. This also brings about tensions and a possible war between the last mutants and the growing inhumans.  And neither the Reed Richards, Sue Richards or Doom are anywhere to be seen, though Reed Richards' ultimate equivalent is running around.

Much like Thor and Captain America, we have a new Hulk...and I don’t mean a new version of Hulk, child, or spouse. No, we have an all new Hulk. Bruce Banner is no longer the Hulk of the Marvel universe now. The Thing is a member of the Guardians of the Galaxy, and Venom is a space knight! So for 2016, forget everything you knew about Marvel and get ready for a whole new adventure. I know I can’t wait to see what’s next.

And that is it for 2015 review in comics. I know there is probably a HUGE list of things I have missed and I’m counting on all my fellow comic enthusiasts to send in their shout outs of their favorite comic moments of 2015! Whether its by Twitter or Facebook, let's hear what your favorite moment this year in your favorite comic was. And feel free to also throw in some of the things you are anticipating the most in 2016. I’ll see you all next year and of course next week for 2016‘s first issue! 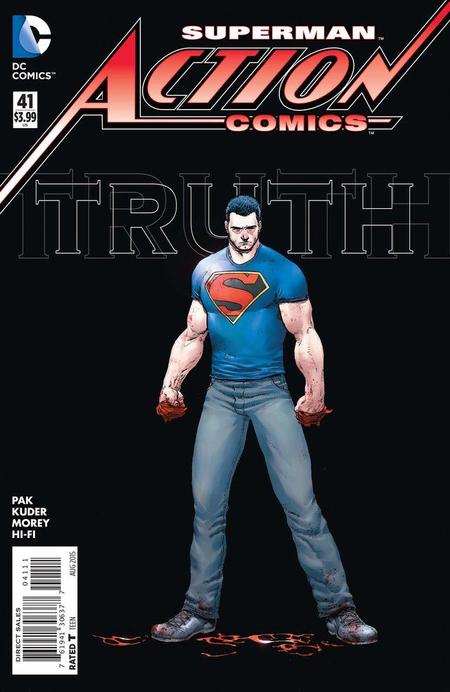 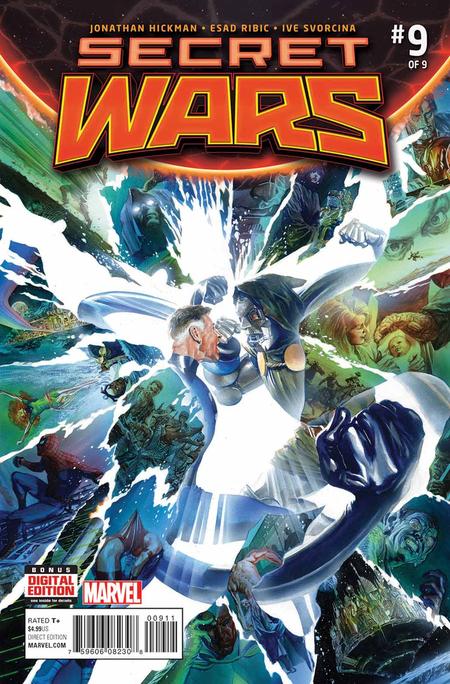 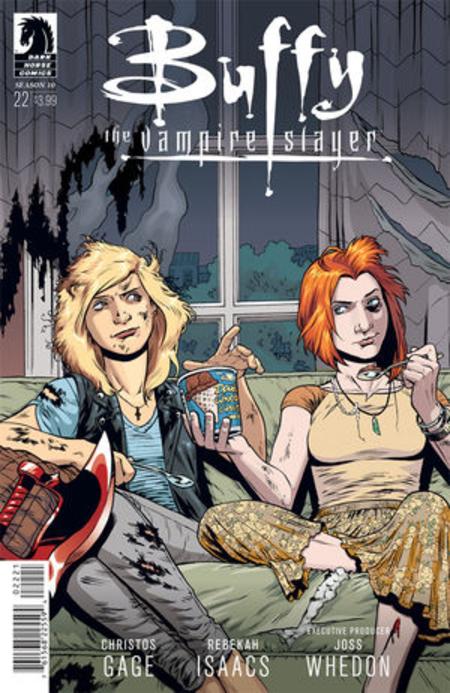