Then there’s this clown. The Clown Prince of Crime, that is! This guy offers a different take on Superman's problem and made it one of his best jokes ever. You see, the Joker's origin is a bit hazy. Is he Jack Napier, a gangster who was dropped into a vat of chemicals changing him into the crazed villan we know today? Or maybe he was a psychotic villan known as the Red Hood, whose insanity got the better of him. Or maybe, just maybe, he was a washed up comic that was trying to make his life better for him and his girl. One very bad get rich idea later, and he’s now the ultimate punch line. Much like the man of tomorrow, Joker has had his origin retold again and again, but for this character being an enigma (heh), it plays in his favor. Even today, the Batman has no idea who the Joker really is. There are always subtle hints and clues to how he came about, but never a definitive “this is the exact origin of the Clown Prince of Crime.” We do not know his name, and the only reason we know how he became a permanent clown is because its the only thing in his origin story that repeats itself. Even he gets a laugh out of the joke that is his “origin tale.” 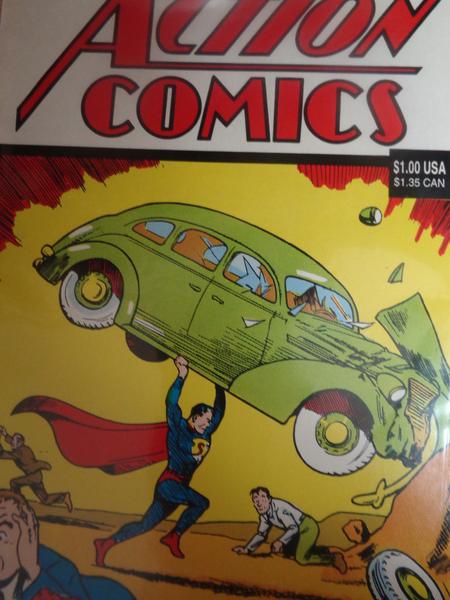 First and foremost is one of the most well known superheroes in all comics. The Man of Steel's origin has been told and retold many many times, but being the flagship character of a company that strives to keep its stories fresh for today's young readers can lead to many problems, such as having your origin rebooted not once, not twice, but more than three times! Now the basics have stayed the same for the most part, with Kal El being sent to Earth because Krypton was about to explode. He was found by a couple and raised on a farm in Kansas. From here, things start to change, as in some stories he started a superhero career as Superboy. In other stories, he waited until he was in Metropolis and working for the Daily Planet before becoming Superman. His current origin is actually the farthest from traditional, as while he did start off as Superboy, his adoptive parents both died in a car crash on his prom night. In the majority of other versions of his back story, Clark's parents, or at least his mother, lived well into old age. These changes were made to keep the character fresh, as well as introduce new story ideas that could not normally be told if one origin was locked in place. If we always had a superman who started off when he had already moved to the big city, we would never see a superboy learning to use his powers. It could be hinted at that he practiced while hidden away on the farm, but that's not very compelling storytelling.

And herein lies the debate. Is an origin story important? Is it needed? At what point does it hurt the character to know where he comes from? Like any vague question, the base answer is pretty simple: It depends on the character. For Superman, it's about how the company wants to portray him to the readers. Before Crisis On Infinite Earths, we had two main Supermen, Kal L and Kal El. The Golden Age Superman was treated like the father of all superheroes, while the Silver Age was aimed more as a tale of a young and powerful man who, due to starting at a younger age, kids had an easier time pretending to be! Once COIE ended, we were left with one Superman who tried to embody it all. Over time, he developed into the father figure once more, marrying Lois Lane and setting an example for all young heroes everywhere. Since his origin was the one definitive origin, Superman was limited on the stories that could be told about his past. You could choose to tell past stories, but had to take any other past stories into account as well. So the more stories about his past that were told, the less you could write about him. Having multiple versions of the character running around kept this drawback from happening, at least as quickly. With the current, post convergence, DC universe it seems the company is learning this lesson. If your curious about what I’m referring to please look into current issues of “Superman”, “Action Comics”, and “Superman and Lois”.

We all know them by heart. A small child was rocketed away from a planet about to explode. Landing on his new home, he had no idea the great destiny that awaits him. Eager to help fight in his nation's war, the young man volunteered for an experimental serum that would change his life forever! From the sad child whose parents were murdered in front of him in an ally, to the young heroes who gained powers on an experimental trip to the negative zone, we all know these stories backward and forward. But just how important is an origin story to the character? At what point is it more hindrance than helpful to know everything about how a person grew to be the man or woman they are? This is the question I lay down before you, my dear readers. This week, I’m going to go over a couple of examples of characters we all know and point out just where knowing, and not knowing, a person's origins have been both weaknesses and strengths.

Also, I want to give a big thank you to everyone who read and voted in our first versus battle debate. And without further draw out, your winner of zombie free for all was........

The Black Lanterns. Apparently the hunger and cosmic might of the Marvel Zombies are just not a match for the cosmic force of Necron and his Blackest Night! Thank you all again, and I’ll see you next week for The Next Issue!

Now with Joker, his vague past is one of his greatest strengths. With this character, the small, tiny amount we actually do know is enough. The mystery and speculation of who he truly is and what made him this way is one of the things that keeps driving us back for more. For the World's Greatest Detective, he is truly the greatest unsolved case. Should his origin ever be truly known? HECK NO! I don’t even think the writers or even the creator know. Not knowing has lead to so many great stories. Seriously, almost every single Joker-centric story is amazing because you never know what he’s going to do. You know he is evil, you know he is crazy, but any time you pick up a tale about the Joker, it's a page-by-page guessing game of “what's he going to do now? Is he going to do this?” In one story, he may be very, very dark, and in another, just plain hilarious. 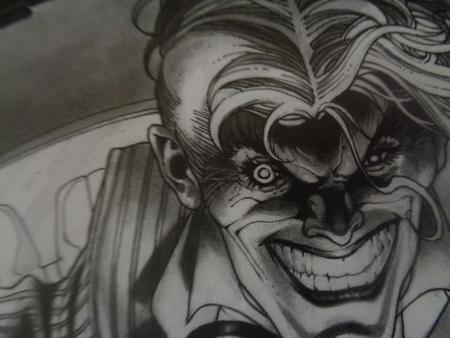 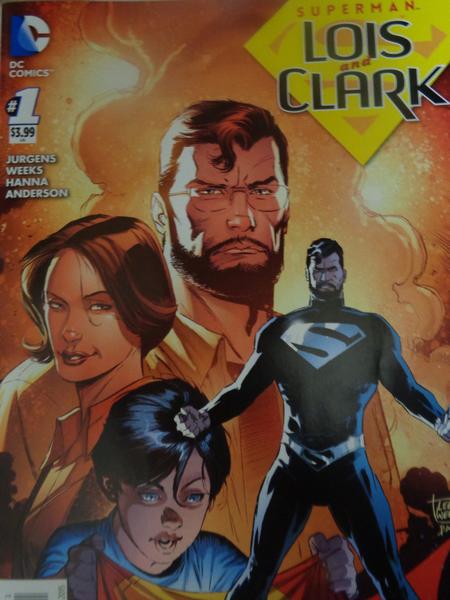 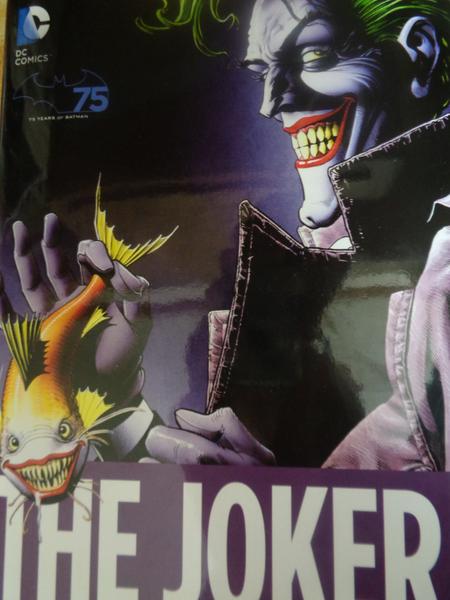 The origin story gives insight about character as well as direction or motive, and it can open up potential plots. But how important is it really? Which characters need an origin told, and who can be left up to the imagination of the readers? Hi everyone, I’m the one man Power Trip, and this is The Next Issue! 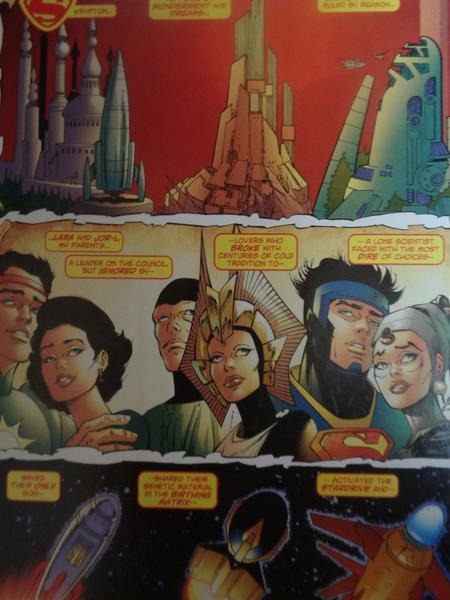 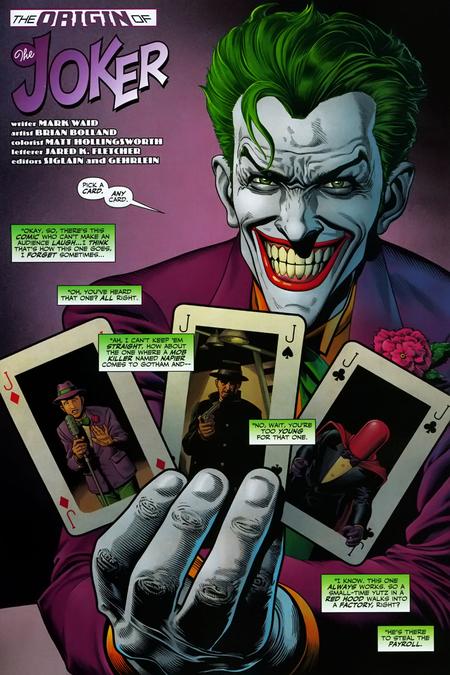 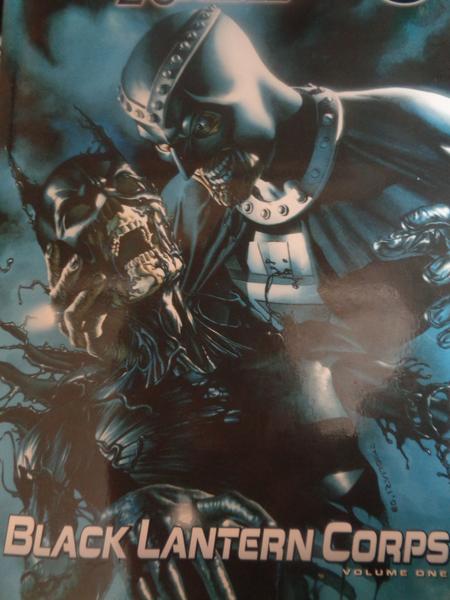 And with that, I end off this wonderful little chat. I hope I got all of your brains really thinking deeply on this. Take a look at some of your all-time favorite characters in comics and think what it would be like if we didn’t know anything definitive about them, or if we knew way more than we do now! Would you like the character more? Would it limit how many tales could be told? One thing's for certain, I’m happy to have created your Next Issue!

The origin story: how important is it?

Changing his origin to make him a young, untrained superhero gives new, untold story ideas. It also shows times when the character wasn’t quite so strong and invincible. You even get the chance to retell the origins of supporting cast members. Lex Luthor, who was introduced originally as a corrupt businessman in the big city, now has his ties to Clark in Smallville as he was raised there as well. This gave his arch nemesis an even more personal tie, as well as let us see more of how Lex became the man he is today. Sadly, though, all this rehashing came at a cost. For DC, it was one of the reasons for the first crisis. Readers would get confused at the different origin stories of the Man of Steel and weren’t sure who he was. The crisis helped bring about a definite origin story to Superman, at least for awhile.

This past weekend was a holiday that actually has ties to my own origins, and while trying to think of what new and exciting issues I could bring to the table, I found myself in one of my famous comic book rants. You know the ones:  someone asks you a question about a character - just one small fact or one small thought about a power base - and the next thing you know, you can’t stop your brain from going on and on in deep thought out blabber. Well this deep thought was definitely one worth mentioning: the origin story!