See, the New 52 Universe is still the base universe, the main continuity, of DC now. All that has changed is the fact that it's missing 10 years from its history. Everything that came before should have been over written. DC first touched on this during Flashpoint, as while he was in the Flashpoint Universe, his memories started to be replaced. As he stated in the story, this was a sign that the main universe was being overwritten, NOT the idea he was in a parallel world. It is shown again when Barry “fixes” the time line and shows up in the NOW New 52 universe, having completely new memories of the current universe and not of any of the way things were before the Flashpoint. Superman should have been like the others and considered overwritten as well by the new Superman. But Convergence kind of muddled this up. Convergence ripped the pre-New 52 characters out of time and reality before Flashpoint occurred. Here, we got to see pre-New 52 Wally West, Superman, Batman, and many others. This could have been where Wally was before being shunted between realities. But Superman, Lois, and their son, as well as a few others, become walking paradoxes as they are sent back in time to stop all previous Crises (but not Flashpoints). After Convergence, we got to see the pre-New 52 Superman living in the New 52 universe with Lois and thier son. This should have been impossible both by the standards set in Flashpoint as well as the same standard shown in Rebirth. You see, as Wally finally re-enters the main reality at the end of Rebirth, he mentions the fact its hard for him to remember things now. Because the new main reality is overwriting his mind with what his memories SHOULD be in this universe. Superman and Lois have become odd X factors now, as they are not being overwritten. Rebirth does slightly address this in a cryptic scene where Mr. Oz mentions to pre-New 52 Superman that he, his family, and the now dead New 52 Superman are not what they think. 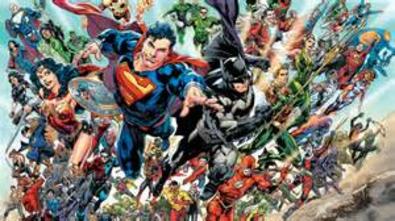 With that, I close another chapter in The Next Issue. I am very happy with Rebirth and will definitely update you all on a few other books you need to read beforehand. You should pick up the Titans hunt books, the current story arc in the Superman titles called “The Final Days of Superman,” and Justice League issue 50. All three have little clues here and there as they lead up to the big dog. Let's see how many of them you can notice as you read and reread them!

I was so happy this week to have this question finally answered. The author did such a good job with writing why it wasn’t the merging of the realities that created the New 52 but the loss of time. You see, it makes sense when you think about it, as Pandora mentioned Vertigo, Wildstorm, and DC used to be one reality (in story), but were split apart. They were ALWAYS meant to be together as one universe, thus merging them would not have created a whole new reality. Everything that happend pre-New52 would have still happend, just with those other characters running around. The same deaths, the same stories, just imagine a few people that weren’t there before are there now. But steal ten years worth of memories, events, and time, and that can make everything way different than before. So Pandora merged the realities, but the big bads still one upped her. And of course, where the New 52 began with Pandora, so, too, did her story end as the New 52 era ended. Killed by the very beings who she was trying to stop all this time, her end, sadly, was still satisfying to my continuity hunger. Of course, people are already trying to tear Rebirth apart, trying to say it just makes things a bigger mess. A good example is the existence of the pre-New 52 Superman.

So as we move foward into this very fun read, we are introduced to this big story's narrator, the original Wally West! Apparently, he has been thrust out of all reality, and is trying to get back to the DC universe in order to fix things and warn everyone of an impending disaster. Over the course of the tale, we find out that Pandora’s merging of Vertigo, Wildstorm, and DC did not create the New 52. It was due to someone “stealing” ten years worth of time from DC’s history. To me personally, this was a story bit I have been waiting to have knocked out of the park for the last five years. When Pandora merged the realities at the end of Flashpoint, she mentioned that the three universes had been splintered apart a long time ago to make them weaker for “their” bidding. Upon merging these realities back together, it was meant to strengthen them to handle whatever it was that was coming. For a long time, I was worried this would just be a random plot thread never looked upon again and left to dangle at the end of a big event story to be forgotten over time. 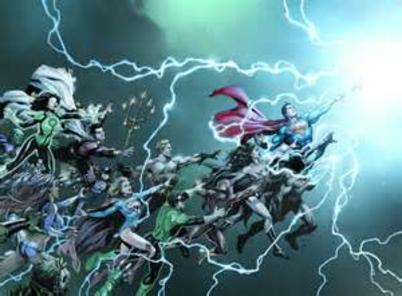 And so, as of this past week, DC has finally brought about the reboot that is not a reboot. For the first time in ages, I have to actually argue FOR them in this matter. They are right; it was not officially a reboot. You see, for this to have been a full scale reboot like any previous Crisis or Flashpoint, the entire universe would have had to fundamentally change. The entire multi-verse would have had to cease to exist or begin to exist again. All of history would have changed, and characters would have to have brand new origin tales to show how everything has changed in the face of this universal restart. While many could argue that some of these things will still happen thanks to “Rebirth”, it is not BECAUSE of Rebirth. No, you see, Rebirth did reboot something, but not the something you would have expected. You see it rebooted the exact cause of the reboot that was Flashpoint. 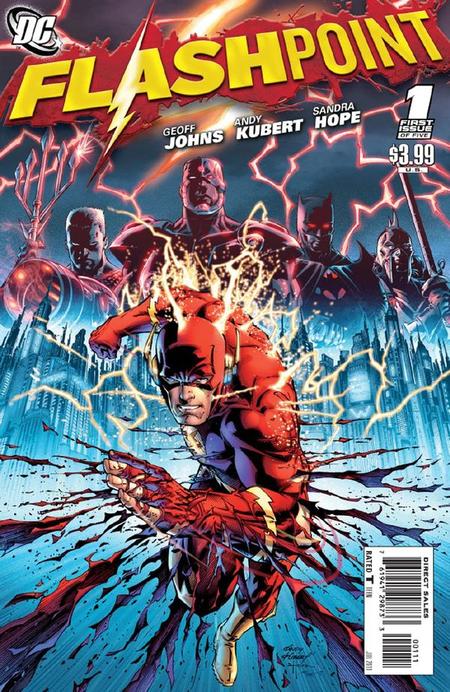 And finally, for my final touch upon in this article, we come to the main villains of the DC universe as it stands now. More powerful than Darkseid, able to mess with DC’s reality, all to introduce darkness and rob it of hope and light. The Watchmen have come to the DCU, and boy are they packing some big guns. Already they have wiped out Metron, a new god who even Darkseid and the Anti-Monitor could not vanquish, Owlman while he sat upon the Mobious chair, and the immortal, very, very, VERY powerful Pandora. The only person who knows at least of their presence if not their identity is Wally West, and he is on a very limited time thanks to the universe’s reformat of his mind to gather all heroes to stop them. While he is able to help others remember parts of what they have lost, we have yet to see if its either permanent, or if he can do it to himself. Only time will tell us this.

The Rebirth of a Universe