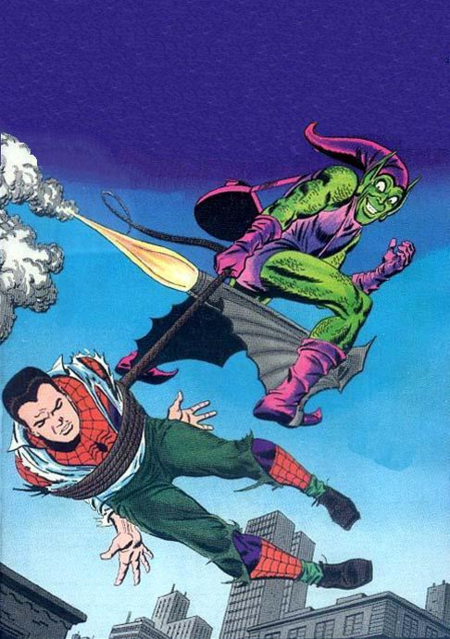 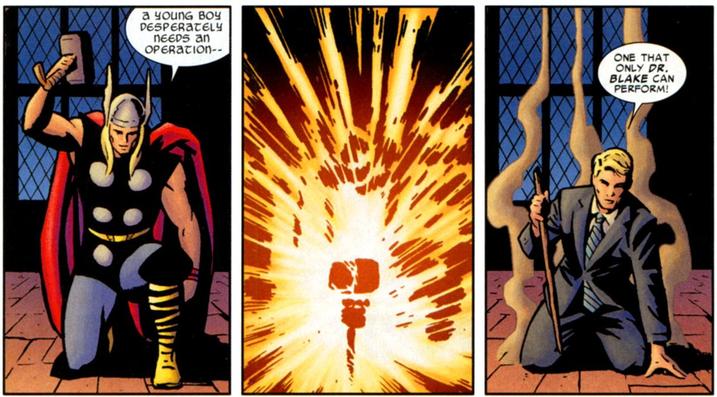 Now, by the time 2006 has rolled in, Parker had already revealed his identity to many of his super hero team mates, but this didn’t lower the shock value his unmasking on live television had on the world. He was not the first though, as Tony Stark had revealed his identity as Iron Man not too many books before in the same story. This was all part of the Super Human Registration Act that was the main plot point of Civil War. Marvel did eventually “pull a DC” and wrote a story that showed why having Spiderman’s identity revealed would not keep well, at the time, and his Aunt May was shot by a hitman. He later made a deal with the devil and had a partial reboot that somewhat gave him his secret identity back. Somewhat, because he still revealed who he was to his Secret Avenger team mates but the known world no longer had this knowledge.

Still, with DC being the one company between the big two to still hold so tightly to the secret identity trend as long as they had, it came as no surprise that they would be the one to rip it apart. Leading up to the company-wide reboot that was Flashpoint, many villains and heroes were shown to know the identities of characters like Batman and Superman. Even Luthor got to find out the truth before his “death.” Most heroes were going around calling Batman Bruce left and right, and you definitely saw more people call Wonder Woman Diana. Then came the New 52, and with this reboot came everyone starting at square one. NOONE knew who the other people were at all. But instead of keeping this up and writing stories around it, DC decided to go the road they had never really traveled before. Before the first story arc of Justice League was even truly finished, every member knew the others' stories and names. Over the course of the next few years, this new Identity Crisis became a snowball rolling down hill. The Court of Owls, The Joker, and many of Batman’s newer protegés all strongly hinted or even flat out proved they knew who Bruce Wayne truly was. Diana’s story was very well known due to her being an ambassador to man's world, and following The Truth, EVERYONE knows Clark Kent is Superman. 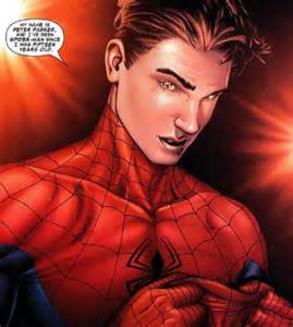 Which goes back to my main question: is this the end of the era of the secret identity? Honestly, I felt like it was until DC decided to go through a rebirth. While the world does still know Clark Kent was outed as Superman, there will apparently be a new Clark Kent that is not the current Superman. Confused? After reading the solicitations and several interviews I know I am. The new Superman is the pre-New 52 Superman, but everyone, including Lex Luthor, who was the New 52 Superman’s Justice League team mate and had interactions with him after his “unmasking, fails to realize this. So yeah, this “new” Clark Kent thing is very confusing. Speaking of Luthor, his revealing the fact he knows who Batman really is was another huge shocking moment in the new 52, and while this can lead to some bad stuff down the road.... so far it's been played pretty low key. Barring the rebirth confusion, and seeing how secret identities are being played out in the current comic book movie universes, I’d say if the era of the secret ID isn’t over, it very nearly is. And personally, I find it a good thing as it shows growth. Growth in your characters, growth in your company, and growth in your writers. The secret life of super heroes was a fun adventure while it lasted, but in a world where nothing remains secret for long, technology is everywhere watching and recording everything. The idea that a man dressed as a bat, getting beaten up and bleeding, flying around in front of buildings that have obvious cameras in today's world and not being able to be id’ed SOME HOW... is far more unbelievable than a man who can fly. It’s time to put the secret identity behind us, Superman is still Clark Kent, even when people know who he is. Wonder Woman doesn’t stop being Princess Diana, Steve Rogers doesn’t stop being Captain America... The world knowing your super hero title does not change who you truly are. The age old argument that Clark needed Lois to remain grounded to his human roots has become outdated. It’s time for Clark to prove he WANTS to be closer to humanity by following the teachings of his parents, and if he so happens to fall in love with a human, then that's part of the growth NOT the anchor. His parents' love and teachings are his anchor. Diana’s teachings of love are her anchor, Bruce’s trust in the people he loves are his anchor. The era of the secret identity should be over, if it is not already. 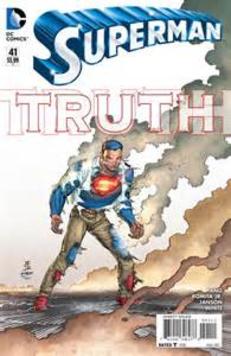 Out of all these different stories one truth remained constant: everyone had an initial shock that was expected, but by the end, it was just accepted. People still treated these heroes the same as ever, they just called them by their real name now. Nothing changed.... Yes their loved ones were now targets, but wasn’t Lois Lane always a target? Everyone knew Superman saved Lois. Everyone knew Spiderman saved Mary Jane. Everyone knew Diana and Steve Trevor were close. These heroes who spent so long fighting to keep their secrets to protect their loved ones never truly did great jobs. The only people that were protected by these secrets were usually the parents. Aunt May was shot when Peter revealed himself, and while he always saved Mrs. Watson for the Bugle's front page, he was rarely seen around the sweet, little, old lady. And not only would Superman’s villains have fun messing with his elderly foster parents, but I’m sure the government would have had them locked up on many charges: falsifying records (among many others) for adopting a space alien baby. Of course, by the time Superman’s identity became public, he was dating Wonder Woman (good luck hurting that one) and both his parents were dead then. Likewise, while Bruce’s identity isn’t quite public, enough of his villains and supporting cast have shown to know the truth, but every single person he cares about (even the butler) are some of the toughest human beings on the entire damn planet.

This crisis had a small follow up later where a group of villains who had discovered the Justice League's members' identities was using this knowledge against them. The main plot point the two stories hinged on was that the League had erased all villains' memories who had ever discovered their true lives. In a few instances they went so far as to change memories which affected who the person truly was. It was a fun read with an interesting take on a darker side of being a super hero with a lot of power. But... I began to notice they were really playing on the “what would happen if...?” side of the tale as well. Not too long after, we received another fun aspect of this idea in Marvel's Civil War. As everyone who read the tale, or after 10 years has probably heard, Spiderman revealed his secret identity to the world. Now, for years Parker had kept his identity hidden even from other super heroes. Only certain ones who had abilities to see through his costume, recognize his voice, or even smell his scent would deduce who he really was and then just brush it off. Spiderman’s identity being a secret was such a huge plot point to the character that this was an unusually rare situation. Hell, Peter’s identity being secret was such a large plot point that it became one of the main reasons the Green Goblin and Venom were seen as his two biggest, baddest villains!

There’s a question that has been on my mind for a pretty long while now. I mean, it’s a question that has been on everyone's mind in one form or another over time, but for me, it didn’t become a big deal until 2006. Marvel’s first Civil War got me questioning the big mystery: is the era of the secret identity over? It first started as a small thought as I read DC’s Identity Crisis and then the follow up Crisis of Conscious a year later. In Identity Crisis, it’s shown why heroes keep their identities secret as one of the older members of the league has a family member raped. The villain in the tale goes on to say he’ll do the same and worse to the other heroes as he tries to discover their secret lives. While not the actual main theme to this tale, it was the first rumble of a larger scale questioning I’d have over the next few years. 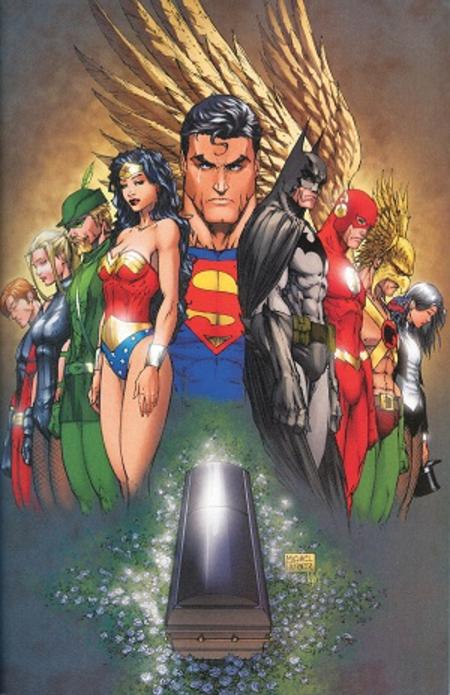 Now before I go on, I do want to point out a few things that rang true to this point in comics. There have always been many well known heroes that never really had secret identities and it never slowed them down for the public to know who they were: The Fantastic Four, Captain America, The Hulk, The Punisher..... are you noticing a trend here? It’s not to say DC hasn’t had heroes that were known to the public, but for the most part its biggest guns have always kept a secret life. The closest one of their big team to be very well known has been Aquaman and, well, that's like saying Thor never had a secret identity. Technically, Thor did, by the way, but even if he hadn’t, Thor’s biggest issue is more people just not believing in him like any other diety than someone discovering his alter ego he only sometimes has. Aquaman is also in a similar boat as everyone knows him, but to the common public he’s seen as more of a political figure, the king of a foreign land, than just another super hero.