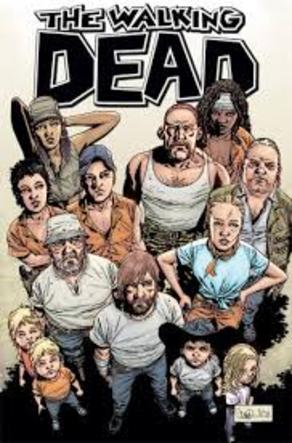 No, TWD is not the first show to do this, and I’m pretty sure I’ve lightly touched upon this topic before. But I’ve yet to fully begin to take on the subject that is one of the most successful zombie franchises in history. So, welcome, everyone, as The Power Trip takes on The Walking Dead! For this week I thought I’d touch on some of the fundamental changes the show has made from the comic. For several of us, these changes are a sin. “They should be following the books to the letter because the books are awesome!” While for many of you out there the changes are welcome. “ Man I did not see that coming, in the books it happened to _______, but here it happened to someone else!” And for a large group of fans, these changes aren’t even noticed due to many people not following the comic. Here are just a few of the biggest changes I’ve seen right off the top of my head. 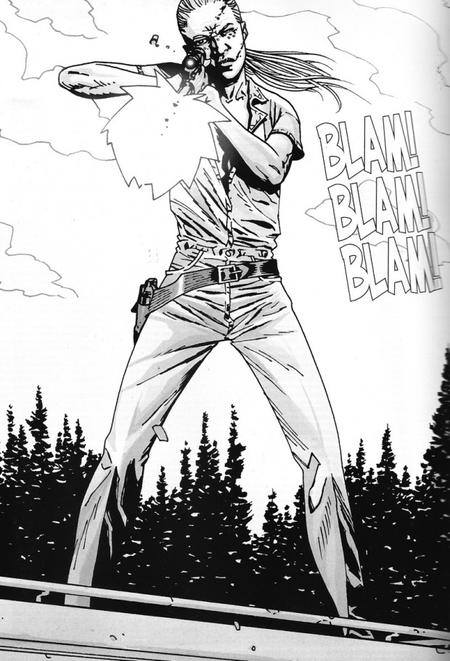 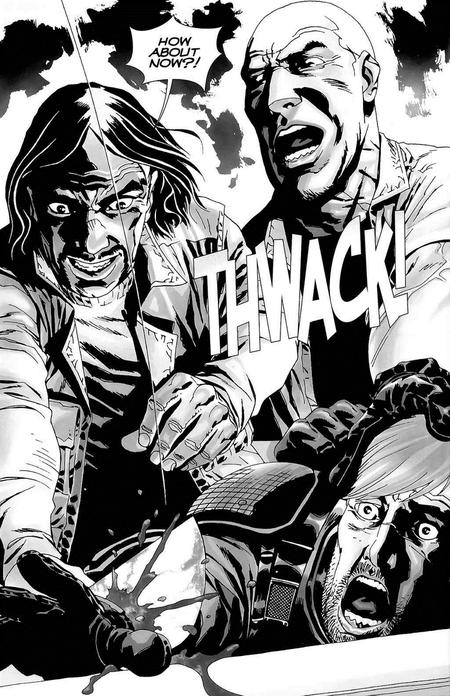 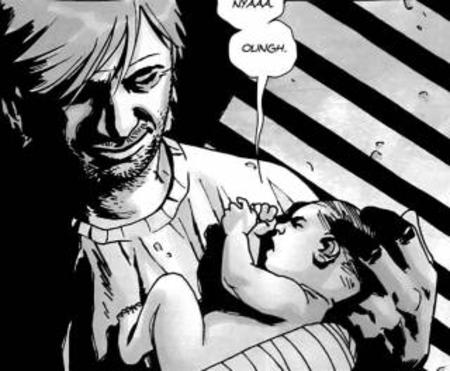 Finally, we have Andrea, Rick's girlfriend and surrogate mother to Carl. Wait, you say she fell for the Govenor and betrayed the group and eventually died? Oh sorry I’m talking the comics. Yes, fans, in the books, Andrea is a much more likable and badass character. In fact, for anyone who is curious, Andrea and Carol pretty much have swapped places as far as personalities goes. In the comics, Andrea is the group's resident sharpshooter and badass. If you are in her scope, you are as good as dead. She becomes close with Rick and Carl, so close that even Carl begins calling her mom. She plays an important role in the war with Negan, and is one of the most beloved characters in the book... which is far and away different from what her character on the show was. Watching Carol on the show try to be a hybrid of both characters can be painful. She crosses over to badass territory, but at the same time, starts to fall back into doubts and suicidal thoughts. While Michone is an amazing woman with a sword, and Rick and just all round hard as nails, the show needs what the comic has: a rock-solid, stone-cold, gun master. They can procure firearms all day, and Abraham's training is pretty sweet, but without the master sharpshooter to keep your territory cleared you are in trouble. And no, I’m not going to count Darryl for this. The show invented a character that is literally a walking plot device. You need something to happen that wasn’t or even was in the comic but we don’t have the person that was there for it in the book? You need someone to just happen to be able to handle anything they find the second they can pick it up? Here ya go! Have your very own Darryl! That said, the actor is amazing, and the show's ratings have been great with help from the character, but that's his role in the show, to be the fix-all that isn’t there in the comic, and to catch the ladies' eyes. 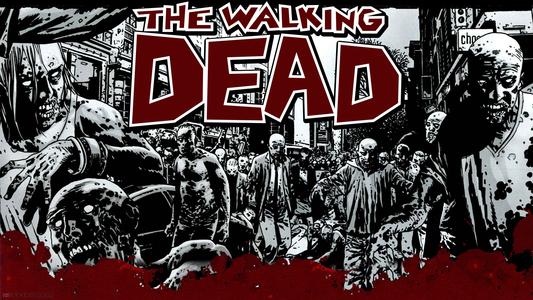 This is only the beginning.  Let's look at a few more differences between the comic and the show here!

Thats right, TWD fans! How many of you knew that, at this point (actually since the governor), Rick has had only his left hand? To a lot of people, this could be seen as jumping the shark, though Lord knows they may have done that a few dozen times now. To me, I see this as another way to pull off showing how much of a bad ass your main character is. Let's face it, both the comic and the show do their best to get you to believe that NO ONE is safe, but we’ve had several characters that have been around since the beginning or close to it. On the show, Rick's not going anywhere, and in the comic, it's only a matter of time till Carl gets old enough to take over before Rick's character isn’t needed. But if you are going to have a main character that lasts a long time in an environment like this, he needs two things: something that shows he’s not invincible from EVERYTHING (because let's face it, that can be boring after a while), and something to make it believable that he’d be around when so many other people are not. In the comic Rick losing his hand fulfilled both of these. On top of giving the first real major villain a true push in the right direction, losing his hand made Rick vulnerable and not invincible. And the longer he lasts in this world with only one hand goes on to prove why he’s the leader/main character. If you were in a zombie apocalypse and you found yourself in a sanctuary and saw this guy was the leader, you’d know you found a good place because just from looking at him, you know this guy has been through some shit.

How many of you saw that season finale of The Walking Dead?  Man, I wish I knew who the person was who got hit with the bat. If only there was some book out there that the show was based off of that I could read and know what's going to happen before it does. Wait, there IS a book....but not everything is exactly the same in the show as it is in the book! Man, if only there was some awesome comic nerd out there who could write an article for me to read, and share my sentiments on this about.....oh WAIT!

So I’m not sure if it was because AMC didn’t want a child's death on the show, or if they thought it would help their ratings to show more of the parental side of the characters having a newborn around, but in the comics, Rick's wife and newborn daughter are killed. This is a zombie apocalypse. There are evil men afoot, and this was not some accident or anything like that. It was brutal, it was quick, and it made a statement. But on the show, we just got a tease that something happened to the tiny Grimes family member, and then later, we found her alive. This has been both a curse for the show and a blessing, honestly. A tv show is meant to keep you on edge, to make you hold your breath, and then scream or rage when something occurs that would shock you. Comics go for a similar effect, but more as a “turn the page shocker”. Lori already didn’t die the same way on the show that she did in the comics, so for Judith to pass the same way SHE did would have taken a little creative leeway. Not to mention being a newborn... If they had gone the way of her being eaten by zombies, they sure opened the door to make it seem that way. But they decided not to, and its an interesting decision to make. On the one hand, this is a newborn child. Anyone who has ever had a newborn child knows they will scream for many reasons and usually every 2 hours or so. And while they were in the prison, this was ok. They could take her to a deeper, more muffled area and even if some zombies heard, they couldn’t get right in through the fencing. But once that haven was gone, what then? Out of the many unrealistic things I’ve witnessed on this show, the amount of times Judith has gotten upset and cried, or screamed out of hunger, or ANYTHING for that matter is unnaturally low. When you are in a store with a child or even just standing out in your yard and your neighbor's baby or children are upset and crying or screaming, you can hear it. I understand that a lot can and does happen off camera, but to NOT show or allow this to be heard as at least a background noise, can honestly pull parents watching this show out of being sucked in which is the opposite of what AMC or any company would want.  On the flip side, any time....ANY TIME the group has to sneak around a group of walkers and Judith is with them you WILL hold your breath, because you just don’t know. So her living has its pros and cons. This fall, we’ll get to see if one of my personal theories pans out as to whether Judith's existence overrides another main character's child's life that plays a decent part in the books.