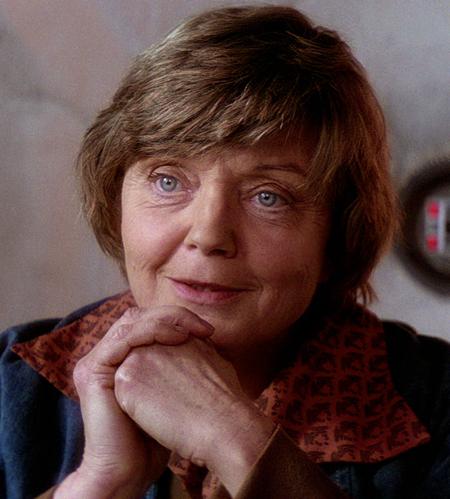 Anakin's not a woman, but he does act like one sometimes!  Here are some of his best moments!

Beru is the guardian of Luke Skywalker. Along with her husband, Lars, Beru raises Luke on a moisture farm on Tatooine, long before he learns anything of his Jedi destiny. While Owen stonewalls regarding Luke’s desire to leave the farm and Imperial Academy, Beru convinces her husband to let Luke do so after one more farming season (and probably would have, eventually, let him fetch those coveted power converters). Sadly, their deaths at the hands of Imperial stormtroopers is the catalyst for Luke’s decision to join Obi-Wan Kenobi and head to Alderaan, thereby beginning his journey toward becoming a Jedi. Beru’s kind and nurturing demeanor contribute to the safe haven protecting Luke as he grows up.

Memorable Quote: “So this is how liberty dies--with thunderous applause.”

The Star Wars series reached audiences of all ages and genders. It established heroes for the boys, but it also gave the girls a badass role model in the character of Princess Leia Organa. Since then, the number of prominent women in the Star Wars universe has increased significantly, each one making her mark and inspiring generations of young women. We’re counting down a list of the top ten space ladies, ranked bottom to top, by strength, smarts, and skills. This list also focuses on each character’s overall impact upon the series. 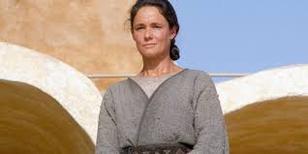 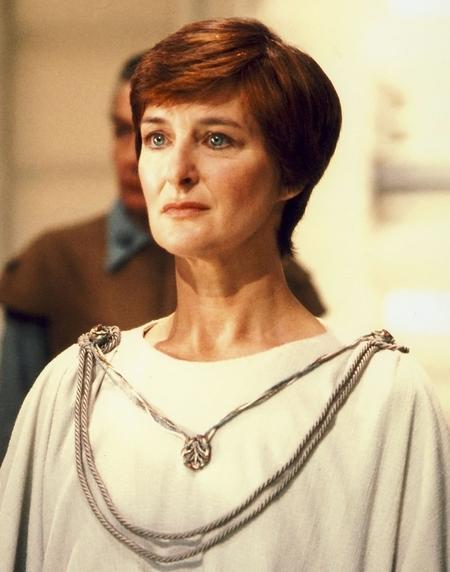 Memorable Quote: “If you live long enough, you see the same eyes in different people. I'm looking at the eyes of a man who wants to run.”

Memorable Quote:  “Luke's just not a farmer, Owen. He has too much of his father in him.”

First Chancellor of the New Republic (and former Imperial Senate member) and leader of the Alliance, Mon Mothma is kind of a big deal, despite being somewhat understated in the series as a whole. Her appearances are always within the context of politics and strategizing, where she demands respect and furthers the cause of the Rebel Alliance. Not much is revealed about her character beyond this (at least not within the films), but her presence is crucial to ongoing story of the Rebels. 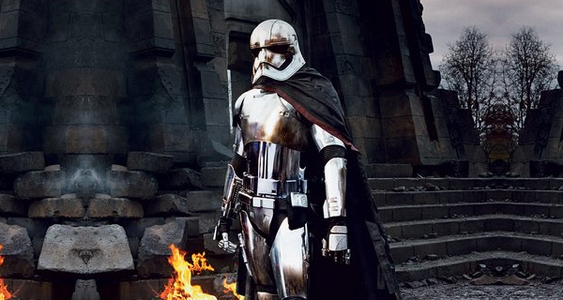 Memorable Quote:  “Trust in the Force.”

This is, of course, the lady who started it all—not chronologically, but in our consciousness. As a princess, the sharp and resourceful Leia infiltrates Imperial headquarters, watches her planet explode, and continues fighting anyway, and grabs a blaster whenever necessary. She also disguises herself as a bounty hunter to rescue her lover from a disgusting warlord, strangles said warlord to death with the very chains in which she is bound, and fights alongside the Rebel Alliance to ultimately defeat the Empire. As if that were not enough, she goes on to become a respected Senator and, eventually a General—all while cracking wise and spreading the compassion and justice she inherited from her mother. The Jedi utilize the Force, but Leia herself is a force to be reckoned with.

Padme is a character that has suffered within pop culture, due to the disastrous results of the prequel trilogy. This could be attributed to bad writing, a subpar portrayal (by an otherwise talented actress, no less), or a variety of other things, but the reputation of these films often overshadows the fact that Padme is actually a very intriguing character with one of the best back stories in the entire series. She became queen at the young age of 14, and while she made the tragic error of trusting Palpatine (which opened the doors for the downfall of Anakin and, eventually, herself), her actions throughout most of the series show that she is a well-meaning leader with strength, intelligence, and courage. Above all, her compassion and moral integrity live on through her children, Luke and Leia, and represent all that the light side of the Force has to offer.

Memorable quote: “Governor Tarkin, I should have expected to find you holding Vader’s leash. I recognized your foul stench when I was brought on board.”

Memorable Quote: “You will remove these restraints and leave this cell with the door open.”

It’s rare that a character with so little screen-time makes such an impact. Wife of Gaeln Erso and mother to future Alliance Rebel Jyn Erso, Lyra is noteworthy for standing up to Palpatine’s lieutenant, Orson Krennic, by threatening him with a blaster in order to rescue her husband (even though Galen had claimed she was dead and sent her into hiding). She is killed in this encounter, but her willingness to fight rather than hide displays her amazing courage.

Phasma receives credit for being the very first prominent female stormtrooper in the Star Wars series, appearing in Episode VII: The Force Awakens. As captain of the First Order and right-hand woman of Kylo Ren, Phasma is especially unrelenting in battle, showing no mercy and no hesitation to take out whole villages.  She is relatively low on this list because, despite her powerful position, she ends up being a bit of a let-down n many ways. When Finn, Chewbacca, and Han take her captive, she immediately relents, revealing a weakness under all the swagger. This bodes well for the “good guys” of the Resistance, but not so much for her fortitude as a character. 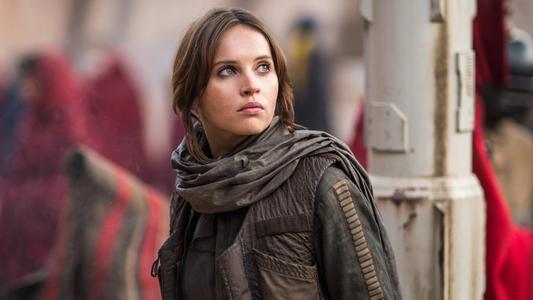 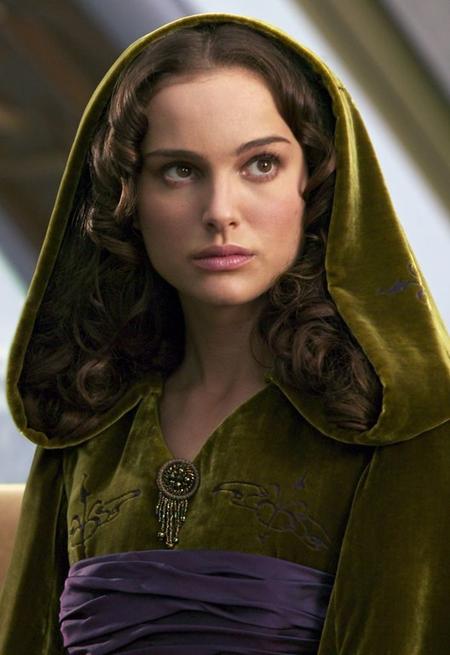 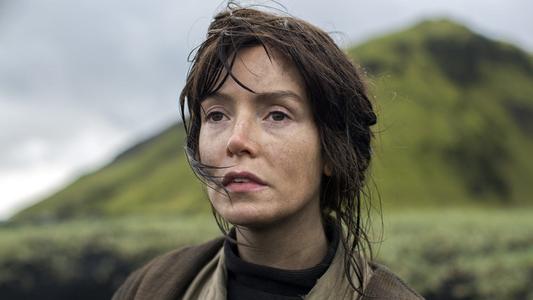 Jyn Erso has emerged as one of the greatest heroes of the entire saga. She served as sergeant during the war against the Galactic Empire and retrieved the plans for the Death Star. Jyn was born in a prison, abandoned by her guardian at age sixteen, developed her own survival skills, and ultimately sacrificed herself for the Rebellion. While Jyn appears somewhat cold and stoic in demeanor, she has an acute sense of justice and the ability to think fast when it counts.  She accomplishes so much in her short life—a life that is usually not very kind to her. 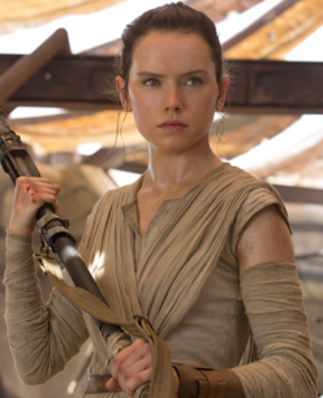 The Women of Star Wars, Ranked

Memorable quote: “This is a rebellion, isn’t it? I rebel.” 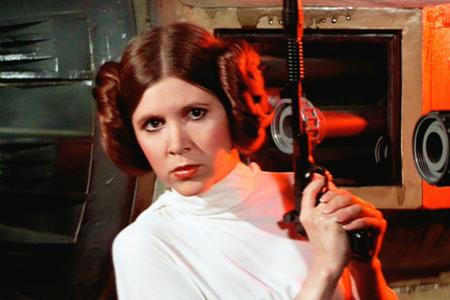 As the mother of “The Chosen One,” Anakin Skywalker (Darth Vader), Shmi plays a pivotal role in the series as the catalyst of the main storyline. She was a humble slave who, according to the prequels, conceived Anakin immaculately via intelligent force beings called midichlorians. Yes, she is the focus of one of the most misguided choices of the entire story—one that flies in the face of what we understand The Force to represent. However, as the matriarch of the Skywalker clan, we would be remiss not to include her on this list.

Rey has already proven to be crucial in the continuation of the Star Wars saga, emerging as the focus of Episode VII. She is an orphan (so we think) with STRONG Force powers, and she has already battled the newest threat to the galaxy (following in the footsteps of Vader), Kylo Ren. Her story is evolving, and while we know she is likely connected to the Skywalker family (or possibly the Kenobi family), whether this is by blood or by other means remains to be seen. Much like Luke, Rey is already transcending her humble origins and becoming a major player in the narrative. 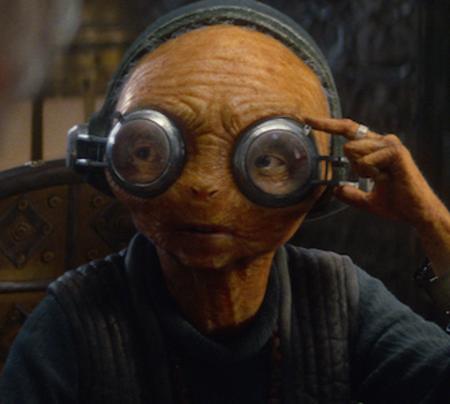 Much of pirate-queen Maz’s story remains a mystery. She appears in Episode VII, introduced to Rey by friend Han Solo. She turns out to be the current keeper of Luke Skywalker’s original lightsaber, which Rey stumbles upon in the basement of Maz’s castle. Maz is tough and sassy, but also gentle, and it is clear that she has deeper connections to the Skywalkers, the Resistance, and to the Force itself than has actually come to light. Much like Yoda before her, Maz is a whimsical character holding important secrets and, possibly, hidden power.

Memorable Quote: “The Emperor's made a critical error, and the time for our attack has come”