Both of these characters sport amazing, huge eyelashes, and please don’t let that go to waste! Fake eyelashes are fun to wear for costumes, especially the over-the-top ones that you don’t generally get to abuse. Blind Mag is particularly fun because you can find eyelashes that coordinate with your costume. Go online to costume stores and find some of the most insane ones you can, because this is a rare opportunity!

With that said, any kind of black and leather combo can come across as Blind Mag as long as it’s elegant and feminine. Her costume in Chromaggia would be relatively easy to replicate with a cheap black corset and lots and lots of feathers. 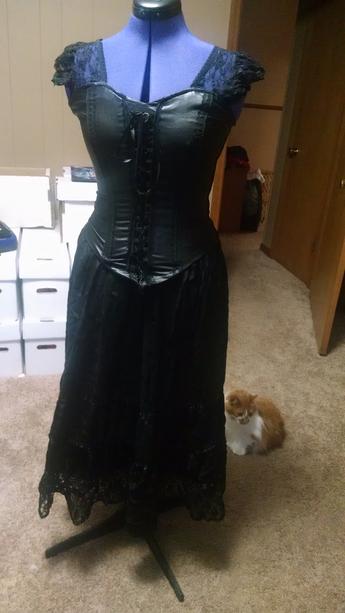 Amber Sweet is a little more difficult because she wears a lot of different styles. I dug through my closet again and found another thrift-store find that I’ve not given up because I may use it for a costume one day. I only paid maybe five dollars for it, and found it in the lingerie section, which I usually only rummage through for costume purposes. It may be costume clothing, or it may be from an adult store. I don’t really know, but as it stands, it’s a great starting off point for Amber’s outfit in Zydrate Anatomy. While not exactly similar, (and I think it needs some kind of shrug to get the same feel) with a heavy hand on spikes and studs, it would definitely bring that outfit to mind! Add some black shorts and some thigh-highs and a nice pair of heels, and this outfit would fit right in at a convention, Repo or not.

After that, you have accessories, because Mag does use them quite a bit. Digging through Hot Topic’s clearance bin would definitely give you some viable options, though it may be cheaper to take a trip to Hobby Lobby and see what sort of gothic-inspired pre-made jewelry you can find.

Ah, Repo. Repo cosplay has the potential to be the easiest thing in the world, especially if you once were (or are) an unashamed goth-inspired kid. This rings particularly true for Blind Mag.

Finding clothes that are inspired by her is pretty easy, in my opinion. I pulled the promising beginnings of an outfit out of my closet this morning just for this:

Super simple, yes? The skirt I’ve had for at least ten years, and it’s very well loved. The top comes from the thrift store, one of those random finds someone bought for me and I haven’t had the heart to get rid of it in case I ever found a use for it. Well, look at that, it works pretty darn well for this! Skirts like this are pretty common at thrift stores, though finding them in black can be a bit of a challenge. The top is a pleather top, probably originally from a Halloween store or maybe even Hot Topic if I had to guess. I’ve seen similar skirts for sale for five dollars or less at thrift stores, likewise for the top. I think the tag on this top was three dollars or so.

I hope some of this made sense, I’m a little loopy after my surgery and having a heck of a time keeping a thought together. Oddly (and annoyingly) appropriate for the source material. 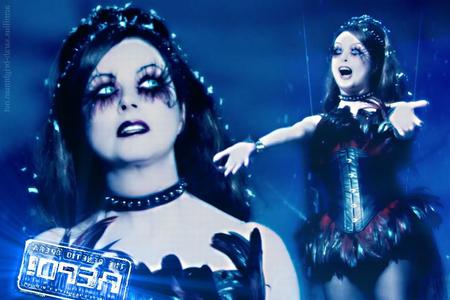 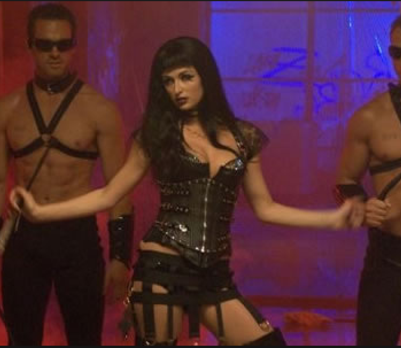 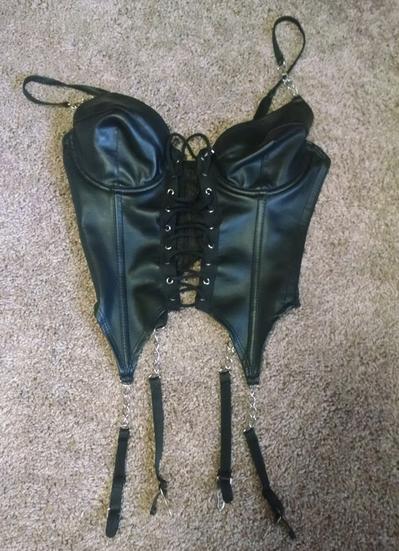 Really, with a little bit of TLC these characters can be cosplayed right out of the thrift store! That’s pretty exciting and a potential money-saver. The only thing I can say that you should spend some money on, if I had to pick one, would be: